As the years have slipped by, and Fire Fighting in Canada has gone through a half dozen editors, I wonder if readers still know the reason behind Trainer’s Corner. This column was birthed in 2001 after a conversation with Jim Haley, the magazine’s editor at that time, with the intent to help other volunteer training officers. 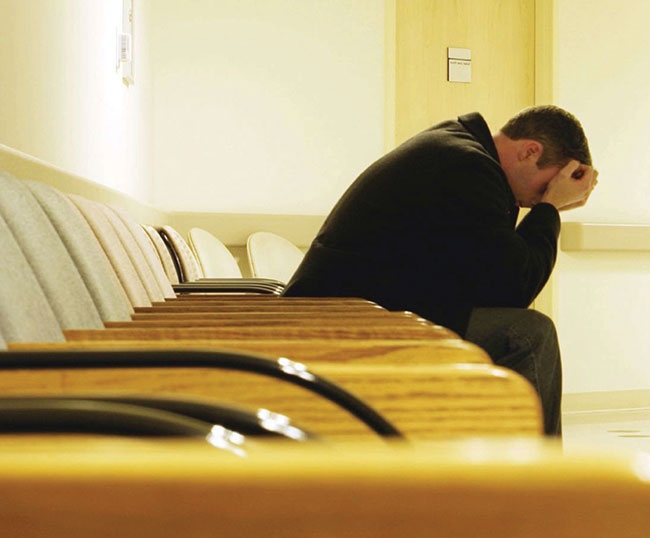 Secondary trauma can be incurred when an individual is exposed to people who have been traumatized themselves. As the years have slipped by

At the time, I was the training officer for Joe Rich Volunteer Fire Department (B.C.) and shared with Jim the difficulties of putting together a credible and effective training program as a volunteer.

Trying to juggle family, employment and life around volunteering in the fire department is one thing, but having to research, study and prepare 40-some-odd training sessions a year was a bit overwhelming. I was never one for just reading out of the, “How to be a firefighter books,” while members sat around a table, or worse yet, making each member read two paragraphs out loud.

I successfully met the B.C. Fire Fighter Standard (Justice Institute of B.C.) in 1998 and achieved NFPA 1001 certification in 2003. I am proud of my accreditations, as I am sure you are of yours, but they don’t automatically make you an instructor.

We didn’t have the Internet then in the same way we have it today. Research for training sessions was done through reading books, magazines, investigation reports and networking with other trainers.

I was fortunate to have a few friends in the fire service that encouraged me to take courses on fire service instructor as well as training and instruction courses. Being part of B.C.’s First Responder Program, as an instructor and evaluator, was a huge help in learning how to instruct. All that information was at one time or another shared through Trainer’s Corner.

Trainer’s Corner has always been written in the first person, and for most of these 18 years I have concluded with, “Train like lives depend on it, because they do.” This is in reference to your members, not the general public. I am passionate (some say driven) by firefighter safety. It has been well said, “An unguarded strength becomes a double weakness.”

I made a mistake early in my career, in that I spent hours poring over firefighter fatality reports. It started when I was asked to speak at several 9/11 memorial services. And then, in 2003, we (B.C. Wildfire Service) lost three firefighters (Ian, Eric and Ben) as we fought the fire dragon in an unprecedented urban interface wildfire year. I had the honour of speaking with their families and later took part in what I believe was the first LODD ceremony held by B.C. Forestry.

And on March 29, 2004, Clearwater volunteer firefighter Chad Schapansky (23) lost his life in an abandoned building fire. It was those three events that pushed me into using firefighter fatality reports to base our training on.

My sons and I developed a hands-on training program we called SOO-HOT; Saving Our Own Hands On Training. Trainer’s Corner has featured many articles about saving our own and always been a strong proponent of hands-on training.

I have tried to keep you, the reader, aware of LODD events in honour of those who died in hopes we can learn from their sacrifice.

Trainer’s Corner archives contain articles on LODD fire incidents such as the 1987 Kitchener Horticultural Technologies fire, where 23 out of 69 firefighters who responded to that blaze developed cancer or Parkinson’s disease. I think of Captain Ed Stahley (54), and firefighter Dave Ferrede (32) often. They were the first to die. Since then, 13 Kitchener firefighters have died, all but three of them with occupational cancer. Seven of the 10 firefighters who died of cancer fought the Horticultural Technologies blaze.

And there was the 1993 Warwick, Que., propane tank explosion which took the lives of four members of the Warwick Volunteer Fire Department; Raymond Michaud (52), Raynald Dion (39), René Desharnais (36) and Martin Desrosiers (31).

I have been honoured to speak at several fire chief conferences as well as the FDIC Atlantic. One of my main themes was, “Calling A Mayday,” and inevitably it included the deadliest firefighter disaster in the U.S. since the Sept. 11 attacks, the 2007 Sofa Super Store fire in Charleston, South Carolina. I was affected more by my research into the nine LODDs than any other presentation I have brought forward.

Only one firefighter (French) actually called a Mayday at 23:13 and activated his emergency alarm at 25:33 and 29:04. French’s Mayday was not heard on the fire ground. I get a cold chill thinking of him calling for help not once but three times and no one responding. The communications centre immediately notified the IC when the firefighter’s emergency button was activated. Yet, six minutes waiting, hoping and praying for a response to the call for help, was to no avail.

I use the word praying, and I will now share with you something that I have carried in the slideshow of my mind for over a decade. Nineteen minutes into the call, the transcripts clearly show firefighter Champaign calling, “Which way out?” A few seconds later, “Which way out?” then, “Everybody out.” One minute later, “We need some help out.”  Several seconds later, “Firefighter needs some help out … lost connection with the hose.” Then, possibly, “I’m in the building.” Another transmission was inaudible.

Then we read that Car 5, in response to another transmission, says to dispatch, “We have the man out.” Champaign is heard saying, “What? Can you hear me dispatch?” Thirty seconds later, French calls a Mayday.

There is an unknown transmission of a firefighter saying, “I love you.” You hear a PASS going off in the background. Then, Champaign says, “In Jesus’ name … .” He is praying on the radio – no one is responding to him.

There are three more transmissions from Champaign, no audible – one just breathing. Twenty-eight minutes and 21 seconds into the call marked the last transmission for Champaign. Eight minutes of calling out for help, 10 calls for help, nine keyed mics, one last breath and no one came to his rescue. No one even acknowledged hearing him, yet it is right there in the transcripts.

During the period firefighters were attempting to call for assistance, the following radio traffic was recorded:

The only individual who understood and reacted to the urgent radio messages was an off-duty battalion chief (Car 303) who was on-route to the scene in his privately-owned vehicle. He heard the radio traffic on his portable radio. He attempted to contact the fire chief by radio at 19:30:27 to relay the information, but was unable to reach him. He drove to the scene as quickly as possible and relayed the information in person to the fire chief at approximately 19:33. His face-to-face report to the fire chief was the first recognition at the fire scene that firefighters were in trouble inside the building.

The recorded radio traffic included 16 distress messages that were transmitted by firefighters inside of the Sofa Super store. None of these messages were heard by a command officer on the scene. All of the “firefighter in distress” messages came from the radios assigned to the deceased members. The recording system did not capture any distress messages from the surviving members who were operating inside the building.

Earlier in this article I said I made a mistake, and what I mean by that is that I became personally connected with close to the ghosts of 80 firefighters – not in a sci-fi way, but in that I allowed their story to work its way into my brain’s slideshow.

I studied them, listened to hundreds of hours of dispatch transmissions, read page after page of transcripts and reports. I studied their LODDs and built training mazes and props to teach survival skills. Our Firefighter’s Ghost Maze is designed to test whether a firefighter would call a Mayday or not. Sadly, we witnessed a pathetic five-per-cent successful completion.

Although my research started years ago, I still hear Champaign calling out, “We need help. I can’t find the way out.” I hear him, actually hear him, give his last breath.

Yes, this did become a strength for me, and it made me a hard-ass for firefighter safety and survival. But, I didn’t guard it. Listening to hours of radio transmissions and reading hundreds of pages of the radio transcripts are all part of research, but I underestimated the burden it could place on my mind. It wasn’t until my eldest son (Aaron) brought up the possibility of PTSD that some of the pieces came together.

I find my intolerance for mistakes on the fire ground is growing. I am discouraged that veteran firefighters are still making dumb rookie mistakes. I get choked up when I hear of firefighter fatalities.

I’m ticked off that we still spend more time training ropes and knots than firefighter survival. I’m frustrated that the fear of God doesn’t grip our heart when we hear a PASS going off. I know I need help.

Like so many of you, I have slides in my memory of horrific scenes I personally witnessed in my 30-year career, but now I realize the LODDs I have researched have added to the mix. It may be secondary trauma, called Vicarious Trauma/Secondary Traumatic Stress and Compassion Fatigue.

Secondary trauma can be incurred when an individual is exposed to people who have been traumatized themselves, by disturbing descriptions of traumatic events by a survivor, or others inflicting cruelty on one another. Symptoms of secondary trauma are similar to those of PTSD.

I hope that my transparency will help other training officers who, perhaps like myself, had not considered the possibility of secondary trauma.

I recently shared my situation with my department, and it has helped. Perhaps our examples will lead the way to healing. Please guard your strengths and surround yourself with a support system.

During your training sessions, give your members permission to call for help. Instruct them how and when to call a Mayday. Never forget that all of the recorded messages indicate that the C9 firefighters were lost, disoriented, and either running out of air or already out of air. The firefighters were already in imminent danger, deep inside the building, when they began to call for assistance.

As to the Sofa Super Store fire survivors, seven firefighters lost connection with hose line and their crew. Two firefighters ran out of air. None of them called for help. This must change. As always train like lives depend on it, because they do.