The old saying that if you cannot measure it you cannot improve it is very applicable to a fluid.

Over the years there have been a number of different means to rate or measure the degree of contamination in a fluid. The one that has become most popular is the International Standards Organization for Solid Contamina-tion Control. For many years this system measured particles of only two sizes – particles equal to or larger than five microns, shown as > 5, or particles equal to or greater than 15 microns, shown as > 15. It has been shown that even particles as small as two microns are very destructive to a hydraulic system. (What is a micron?

To put this in perspective, the smallest particle that a human eye can see is about 40 microns. The period at the end of this sentence is larger than 70 microns.)

These very small, two-micron particles, also called silt, have been found to have an effect similar to sand blasting on close-fitting servo and proportional hydraulic valves. These valves are found on aerials and work very well with electro/electronic control systems but they will not work with dirty oil. As a result, the code has been changed to reflect particles equal to or larger than two microns along with the original five- and 15-micron particles. Chart A, below, shows the number of particles and their relationship to a range number. For example if you received a range number of 16 that would mean that during the oil analysis it was found that the sample had between 320 and 640 particles of contamination. You will notice that to go down one range number you must reduce the number of particles by one half.  (See chart A, below)

A typical oil-analysis report may come back with the oil-range number rated as  18/16/13/. This would mean that of the two-micron size, there were between 1,300 and 2,500 particles in every millilitre of oil. For the five-micron size or larger there were 320 to 640, and of the 15-micron or larger particles, there were at least 40 but no more than 80 particles. If you had just installed a filter that was rated as a five micron absolute filter and your next oil report came back as 18/20/13, something has gone very wrong with that filter. Your level of contamination has gone up from a range number of 16 (320-640 particles) to a range number of 20 (5,000 to 10,000 particles). (See chart B, below.)

As you can see, systems using only gear pumps and gear motors can have a far greater amount of contamination (19/17/14) than systems that use the far more expensive piston pumps, piston motors (18/16/13) or servo control systems (16/14/11). If you are not able to get a contamination control number from the original manufacturer, look at the hydraulic systems on the aerial and clean the oil to the component that requires the cleanest oil.

You should send even new, unused oil for analysis, as even new oil can be very dirty and may need to be filtered. Most manufacturers filter new oil before adding it to a new machine at the factory. It is not uncommon for this oil to be in the range of (20/18/15).

There are many other parameters that can be measured with oil analysis but I believe that with hydraulic and motor oils, the ISO codes are the most important. This code and its proper use will give you an excellent starting point for the selection on both the type and location of your systems filters. It can be very useful any time you find it necessary to change oil-filter suppliers or if you have a contamination problem you want to professionally clean up.

With many modern aerial devices costing in the range of $1.5 million and with upwards of 600 litres of oil to contend with, doing nothing is not an option. Remember, contamination will get into your system; it is the filter’s job to trap that contamination so it can be removed. By using the ISO codes it is possible to judge both a filter’s performance and a system’s contamination.

Excellent sources of further information can be found at hydraulics.eaton.com/products/filtration.htm and www.fluidlife.com.

In a future article we will look at oil analysis reports and all the information you can learn from them.

Don Henry teaches in the Automotive Service Tech-nician and Heavy Equipment Technician programs at Lakeland College in Vermilion, Alta., where he has been a faculty member for more than 17 years. He has co-developed and delivers Canada’s only post-secondary level fire-apparatus maintenance program and has completed a textbook on fire apparatus. Don Henry can be reached at Don.Henry@lakelandcollege.ca. 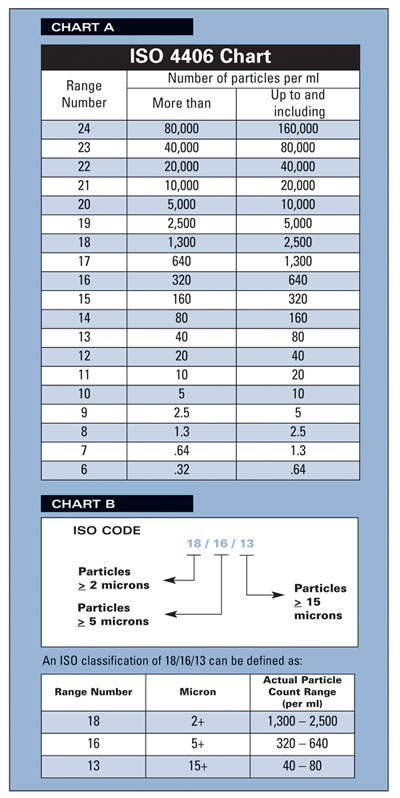 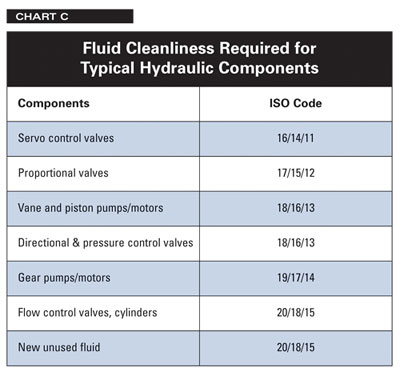