We all know that the fire service is steeped in tradition. Many of these traditions are beneficial and provide us with culture and operational support and guidance. However, at other times, some of these traditions – if left unchallenged and without continued evaluation – put firefighters and the communities we protect at great risk. How we as a fire service manage doors and other access points during structure fires is one of those time-honoured traditions we must re-evaluate in order to operate safely and effectively in today’s fire environment. Door control is an incredibly important tactical capability for any progressive fire department. 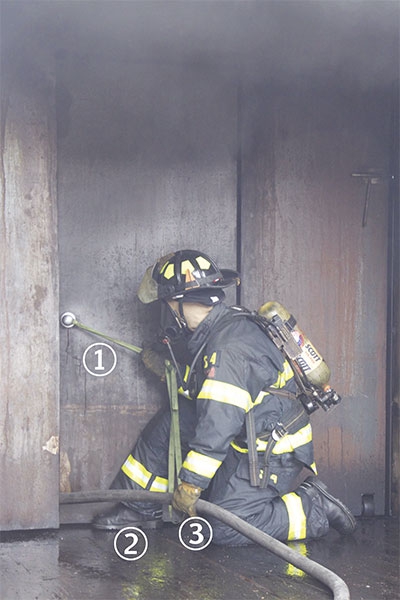 Photo 1: In order to control the door How we as a fire service manage doors and other access points during structure fires is one of those time-honoured traditions we must re-evaluate in order to operate safely and effectively in today’s fire environment. By Ian Bolton

As many firefighters are aware, modern fires are different than fires of the decades past. For this reason, it is essential that all firefighters have a solid understanding of fundamental fire-dynamics concepts and how they relate to today’s fire development and behaviour encountered on the fire ground. There are many important concepts within this vast subject with which firefighters need to become strongly familiar. Two of the more important concepts that directly relate to door control are ventilation-limited fires and flow paths.

Ventilation-limited fires make up the vast majority of fires we deal with today; these are fires in which the growth and heat-release rate is limited not by available fuel, but by available oxygen. In this situation, any increase in ventilation or available air often has a dramatic impact on the energy released by the fire. This subject was discussed at length in the February 2014 issue of Fire Fighting in Canada and it is highly recommended that this article be reviewed. (Go to www.firefightingincanada.com under Training/Structural and scroll down to Understanding fire behaviour.)

Additionally, the term flow path must become fundamental terminology and knowledge used by any safe and effective firefighter. Quite simply, the flow path is the movement of smoke, heat and flames from a high-pressure area within the fire area to all other available low-pressure areas both inside and outside a structure. This subject was also discussed previously and is suggested reading.  (Go to www.firefightingincanada.com under Training/Structural and scroll down to Understanding flow paths.)

Although door control is a relatively new concept here in North America, many of the world’s most advanced fire services have been performing this action for decades.

“I was taught to close the door behind me when I started in the Swedish fire service, almost 30 years ago,” says Seefan Svennson, a fire captain and associate professor of fire safety engineering at Lund University. “Controlling the door is an important part of an operation.”

We in North America are starting to catch up. Los Angeles County Fire Department, the Fire Department of New York, and both North Vancouver fire departments are now actively teaching and using door-control tactics.

“The use of door control allows firefighters a greater opportunity to be safe, efficient and effective in a structure,” says Capt. Jim Golondzinier, director of fire-behaviour training with the Los Angeles County Fire Department. “Because fire is a pressure-driven event, the last thing I want is an uncontrolled open door allowing the fire to dictate the flow path towards my fire-attack team.”

During various research projects at Underwriters Laboratories (UL) that burned both single- and two-storey residential buildings, the potential impact of controlling the door after a fire-attack team makes entry into the structure was very evident. In both buildings, when the door remained wide open after the simulation of initial entry, the rapid growth of the fire caused by the fresh air entrained to the ventilation-limited fire was very clear.

Conversely, when door control was initiated during subsequent experiments, the evidence was astounding. In both buildings, the evidence clearly shows the benefit of door control for managing the fire environment. In the single-storey home, this action slowed the fire’s growth by multiple minutes before the fire hit a predetermined reference point. However, in the two-storey home, the effect was even more dramatic.

“In the two-storey house (see figure 1), because the fire was actually further from the front door, when we controlled the front door, the fire almost put itself out,” said Steve Kerber, director of UL’s Firefighter Safety Research Institute, during the 2014 IAFF Redmonds Symposium on occupational health and fires-service hazards in Colorado Springs in September.

“We had to open it all up to get the fire to come back.”

Furthermore, Kerber said, by opening a door, firefighters are likely creating a new flow path and this must be understood.

“The moment you go through that front door, you are between where that fire is and where that fire wants to go,” said Kerber. “So if you control the air behind you, you’re lessening the chance that the fire is coming over top of you.”

Door control is all about managing the fire environment, especially when dealing with a ventilation-limited fire; increasing ventilation at this time will cause the fire to intensify. Doors are not simply access and egress points, they are also extremely efficient ventilation points

“Probably the best ventilation point you can make for any fire is a door,” Kerber said. “It goes all the way to the ground, allows for more air to enter in, allows for hot gases to go out the top. [The] quickest way to grow a fire is with a front door, or any door for that matter. If we can limit the air that is making it to the fire until we get water on it, then we’re doing positive things, we’re not allowing that fire to grow.” (To view a portion of Kerber’s presentation from the Redmonds Symposium, visit vimeo.com/110069287)

Many firefighters, when first introduced to the door-control tactic, have the impression that managing the door is not an important or challenging role; this could not be further from the truth. A firefighter who is given this responsibility should be knowledgeable, well trained and experienced; being tasked with this role is a great responsibility.

“Door control goes beyond controlling the growth of the fire,” says Golondzinier. “And it goes to managing the advancement of the hose, it’s about knowing who is in the building, and providing greater accountability.

“We’re now teaching that [a firefighter in] the door-control position is responsible for knowing the general location of the interior-attack team, which engine company is on that hoseline, and how many firefighters are on that hoseline. The [door-control firefighter] knows by counting the passing couplings how many feet into the structure that fire-attack team is, has the ability to provide horizontal ventilation once fire attack is being made, and can monitor and evaluate changing conditions.”

Photo 1: In order to control the door

The firefighter tasked to perform door control must be aware of the many elements for which he or she is responsible in order for this tactic to be successful. Ultimately, this firefighter is trying to close the door as much as possible while still allowing for, and assisting with, the free movement of the interior hoselines. The first step in this process is to establish and maintain complete physical control of the door itself. As most exterior doors of residential homes in Canada swing inward, using webbing will likely be of great value (see photo 1, position #1). Secondly, after the firefighter determines the minimal amount of space the door needs to be open, the firefighter places a foot against the door (see position #2) so as to not pinch down on the hoseline when pulling on the webbing. Finally, this firefighter must at all times keep a hand on the hoseline (see position #3) to assist with the advancement or withdrawal of the line, and also to know when the interior team is flowing water.

By doing all of this correctly, this door-control firefighter greatly contributes to the safety and effectiveness of the interior team as he or she helps to reduce the volume of fresh air reaching the fire, and limits a flow path that would otherwise bring the fire over the heads of the interior crew members as the fire progresses to the low-pressure area at the front door. (Visit vimeo.com/69350848 to view the Los Angeles County Fire Department’s Door Control training video.)

Upon arrival at a fire call, one of the first actions firefighters may want to consider is to close all doors (and windows) until there is an operational advantage to having them open.

If vent-enter-search (VES) is something your department performs, you must add the word isolate into this working acronym. Once a firefighter takes a window and enters the room to search for occupants, the first priority for this firefighter must be to close the door connecting this room to the rest of the structure. The firefighter needs to isolate himself or herself from the new flow path that has likely been created by breaking a window. Operations such as VEIS can be dangerous, but with a proper understanding of fire behaviour, appropriate training and situational awareness, these tactics can be performed relatively safely when the risk/benefit profile warrants such actions.

If a rapid intervention team is on the fire ground softening doors for interior teams’ emergency egress needs, team members must close these doors as much as possible afterwards.

If a door if forced, check for occupants behind it, then close the door; keep the door closed until the line is changed and firefighters are ready to immediately make entry.

This article is not intended to serve as a stand-alone source of door-control training or doctrine; it is merely an introduction to a vitally important tactic that must be thoroughly examined by each respective agency that pursues professional excellence.

Ian Bolton is a firefighter and the lead fire-behaviour instructor for the District of North Vancouver Fire Rescue Service. He has been a student of the fire service for 12 years. While working in Sydney, Australia, Ian was trained as a fire behaviour and tactical ventilation instructor and has received additional training in these areas through the Swedish Civil Contingency Agency in Revinge, Sweden. He currently serves on a technical panel at Underwriters Laboratories Firefighter Safety Research Institute and is pursuing a fire science degree from Western Oregon University in Monmouth, Ore. Contact Ian at ian.bolton@firedynamics.ca