Webinars
Active Threats: Are you prepared?

In this exclusive webinar hear from active shooter experts in the fire and police worlds about emergency services communication/planning, best practices, as well as more on stabilizing the scene. 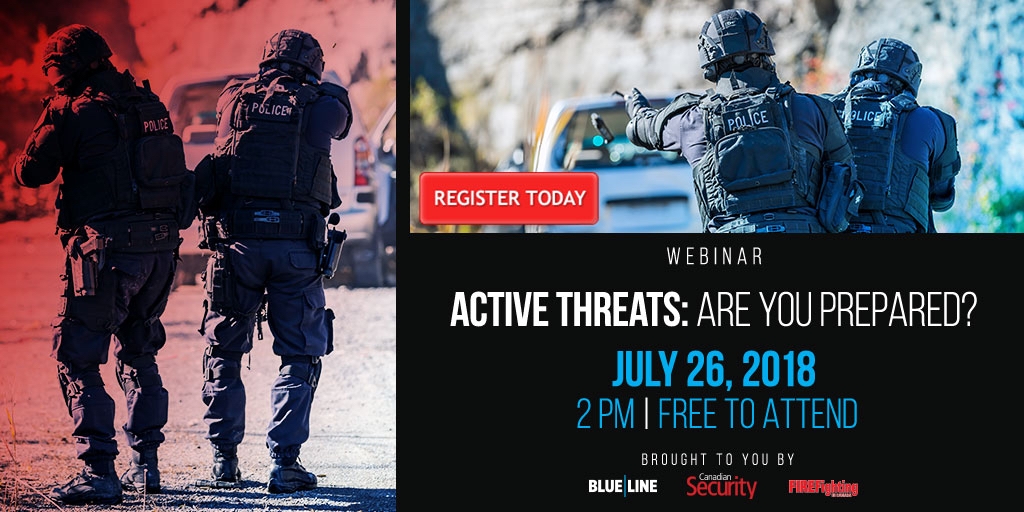 Join Blue Line, Canadian Security and Fire Fighting in Canada on July 26 at 2 p.m. EST for an exclusive and free webinar on first responders preparing together for active threats.

An active shooter is defined as an individual actively engaged in killing or attempting to kill people in a confined and populated area. The U.S. has experienced a number of devastating events, such as the 2016 Orlando nightclub shooting and the Las Vegas tragedy in October 2017, which have received international attention.

Canada has not escaped the threat: the recent van attack in Toronto, the 2014 shooting of a military officer in Ottawa and the 2017 Quebec City mosque shooting are a couple examples of why efficient emergency response to these crisis situations is top of mind.

A lack of preparation can be the difference between life and death. For Canadian first responders, an integrated-rescue system has been one helpful way to prepare for mass-casualty incidents.

Mark your calendars and don’t miss out.