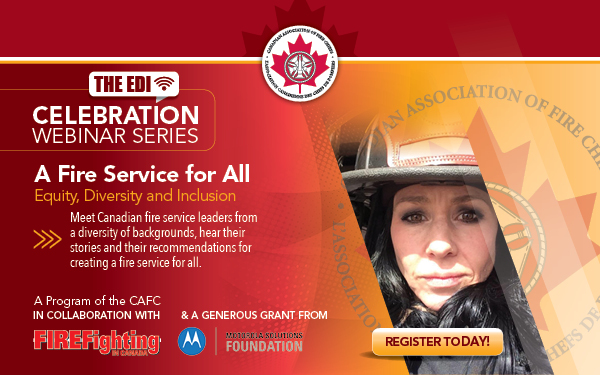 March 31 at 1:00 pm EST marked the launch of the Equity, Diversity and Inclusion (EDI) Celebration Series with Vancouver Fire Chief Karen Fry alongside a special introduction by Chief Martens. Stay tuned to our EDI homepage for updates on the next event.

Missed the first video? You can watch it here. 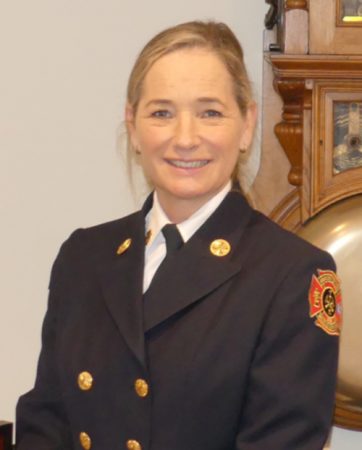 Chief Karen Fry became the fire chief/general manager of Vancouver Fire Rescue Services (VFRS) in January. She is responsible for the operations of 20 fire halls across the city, employing more than 800 firefighters and administrative team members. Chief Fry overseas Canada Task Force 1 (heavy urban search and rescue) and is a member of the City’s Leadership Team. Karen will develop and oversee implementation of the department’s vision and strategic plan, as well as work closely with a wide range of internal and external stakeholders to ensure VFRS remains aligned with the broader goals of the city.

Karen Fry began her career in the fire service as a dispatcher in Nanaimo in 1999. She then served as a deputy fire chief in Surrey from 2006-2016 where she oversaw different portfolios including Prevention and Communications. During that time, she earned her degree from Simon Fraser University in Business and Liberal Studies.

Karen returned to Nanaimo as the deputy chief and was then served as the fire chief from 2017 to 2020. In addition to being the fire chief, she took on the role of director of public safety for two years where she managed emergency management, bylaw, and municipal employees for the RCMP and the fire service. During this time, Chief Fry experienced one of the largest tent cities in the province and her role to engage with the various stakeholders and occupants resulted in not only fire safety but rapid housing for almost 200 vulnerable individuals.

Chief Fry embodies cohesive labour relations with the IAFF and strongly works towards enhancing relationships to progress the fire service.

She is the 1st vice-president of the BC Fire Chiefs Association, member of the Canadian Fire Chiefs and the Metro Chiefs. She continues to be a strong advocate for health and wellness in the fire service including CISM, mental wellness and cardiac screening. Prevention and public education, including smoke alarm and home safety visits, building code compliance are integral for reducing death and injury. She was integral in the development of the first fire dashboard for the Qlik product in Canada and continues to use evidence to base her decisions and strategic planning. 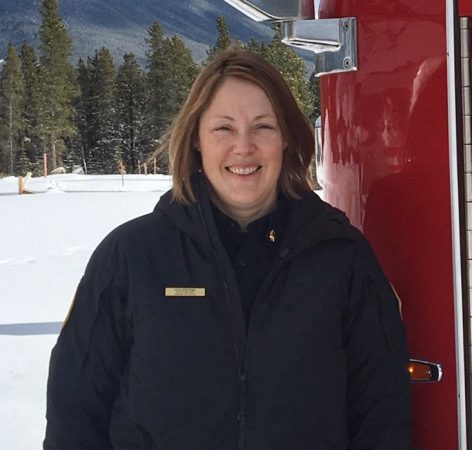 Keri Martens, MA, has been involved in the fire service for over 20 years, originally starting her career as a paid responder and then taking on the position of Fire Chief for the Lake Louise Fire Department in Alberta. She is currently the Deputy Fire Chief with Canmore Fire Rescue in Canmore, Alberta.

Chief Martens sits on the Board of Directors of the Canadian Association of Fire Chiefs (CAFC), a position she has held since first being elected in 2017, the first woman to hold such a position in the Association’s history. Chief Martens is the co-chair of the CAFC’s Diversity, Equity and Inclusion Committee, a founding member and co-chair of the Women Fire Chiefs and Company Officers Network of Canada, a founding member and co-chair of Alberta Fire, Emergency Management and Wildfire Management Women (A FEW), a current fellow in IAFC’s Diversity Executive Leadership Program (iDELP) and the IAFC Canadian Division Secretary. In 2017 Keri was honoured to receive the Bow Valley Woman of Distinction award.  Keri holds a Masters degree in Disaster and Emergency Management and is a member of Canada Task Force 2. She is married with 2 children and enjoys all the recreational perks of living in the Canadian Rocky Mountains.