Smoking materials are still a major cause of fires 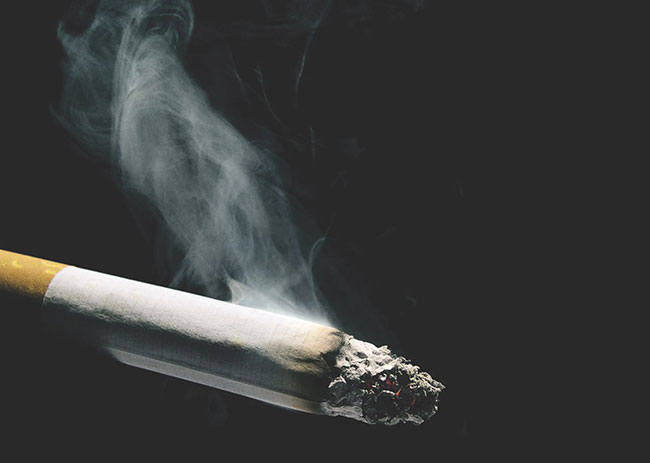 Despite the fact that fewer people smoke now than in the past, cigarettes, pipes, cigars, matches and lighters are still causing dozens of casualties and millions in economic loss every year in Canada. Photos by Surrey Fire Service, adobe stock

A new study showing that smoking materials continue to be a major cause of fires in Canada has also highlighted the need for more up-to-date data reporting by the fire service.

While fewer people smoke now than in years past, a March 2019 study from the University of the Fraser Valley in British Columbia indicates that fires caused by smoking materials such as cigarettes, pipes, cigars, matches and lighters still cause dozens of casualties and millions of dollars in economic losses each year across the country. Fires in Canada Originating from Smoking Materials: Analysis of Canadian Fire Incidents, by Len Garis and Chris Biantoro, was based on a review of 439,256 fire incident records from B.C., Alberta, Saskatchewan, Manitoba, Ontario and New Brunswick collected over 10 years and reported to Canada’s new National Fire Information Database (NFID) and in provincial annual reports. Of those fires, 205,332 were classified as structure fires. There was also data on 15,326 casualties (injuries and deaths).

The review was limited by the lack of consistent reporting across the country on fires caused by smoking materials. The NFID data on these types of fires came from only five jurisdictions making up about 70 per cent of Canada’s population (Ontario, British Columbia, Alberta, Saskatchewan and Manitoba), with only British Columbia and Alberta providing consistent data on cigarettes alone as a cause. Further, there was no data available for 2016.

“By analyzing and extrapolating the data we created a reasonable picture of smoking materials fires in Canada, but the process also revealed significant gaps in both consistency and types of data being reported by the fire service,” said Chris Biantoro, the study’s co-author and the strategic planning analyst for Surrey Fire Service in B.C. “E-cigarettes are one example. Although there has been a clear increasing trend in their use and related fire incidents for more than five years, departments by and large are still not reliably tracking and reporting them.”

Despite these limitations, there is much to be learned from the available data. Overall, the actual number of structure fires caused by smoking materials declined from 2012 to 2015, although the proportion of smoking materials as a cause remained generally consistent. In terms of outdoor fires caused by smoking fires, these numbers are also declining across the country, with British Columbia being the notable exception, particularly in 2015. 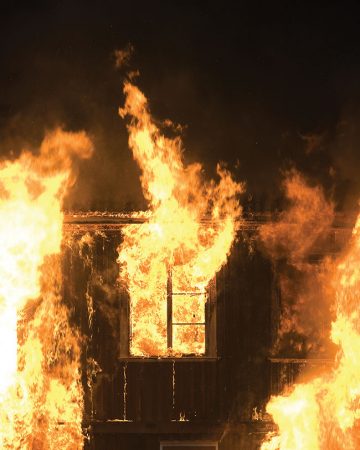 Each year, residential smoking materials fires caused about 85 injuries and 16 deaths across the five jurisdictions of which information was available. Photo: AdobeStock

The decreases could be explained at least in part by the downward trend in smoking, as shown in a study by the Propel Centre for Population Health Impact at the University of Waterloo as well as several other studies by Statistics Canada. However, this does not negate the fact that smoking materials continue to be a major cause of fires in Canada, causing significant – and preventable – casualties and economic losses.

A survey of 15 major Canadian fire departments on structural fires caused by e-cigarettes showed there is not enough consistent data being collected on this emerging trend to reliably analyze or report. The overall decrease in actual numbers of structure and outdoor fires, and related smoking fires, is good news and reflects a NFPA study that indicated a consistent trend in smoking materials fires.

However, the high numbers of preventable casualties and losses described in the study show us that there is still work to be done reducing smoking materials as a cause of fires across the country.

The data analysis also points to the need for Canada’s fire service – both individual fire departments and provincial fire marshals and commissioners – to make a greater effort to provide timely and complete data (including specific ignition sources) to the NFID through their annual reports.

The study can be downloaded for free at cjr.ufv.ca/.

Len Garis, Fire Chief (Ret), Adjunct Professor in the School of Criminology and Criminal Justice & Associate to the Centre for Social Research at the University of the Fraser Valley (UFV), Associate Scientist Emeritus, BC Injury Research and Prevention Unit , a member of the Affiliated Research Faculty at John Jay College of Criminal Justice in New York, and a faculty member of the Institute of Canadian Urban Research Studies at Simon Fraser University. Contact him at Len.Garis@ufv.ca.


Related
Reducing risk
NFPA Impact: Practice … until you can’t get it wrong
Be a superhero! Plan your escape
Back to Basics: The lowdown on low-air alarms