May 17, 2016, Fort McMurray, Alta. - A harsh reminder of the perils still at play in the Alberta wildfires emerged Monday night as about 8,000 people at work camps north of Fort McMurray were ordered out in a mandatory evacuation. 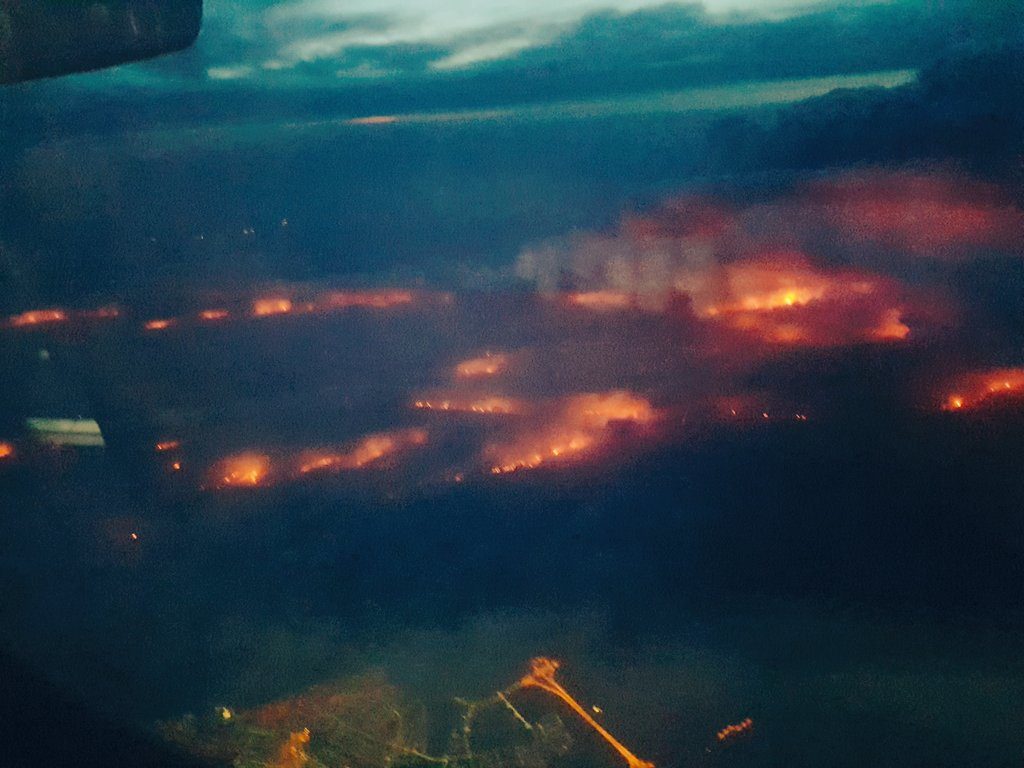 Earlier in the day, about half that number had been put on a precautionary evacuation notice, meaning non-essential personnel would move out but others could stay.

But by about 10 p.m., the decision had been made to stretch the mandatory evacuation zone about 50 kilometres north of Fort McMurray to just south of Fort MacKay.

It included Syncrude and Suncor facilities, along with several smaller operations.

“All camps and production refineries north of Fort McMurray and just south of Fort MacKay, including Aostra Road, are to evacuate immediately,” said the alert.

“All evacuees are to head south on Highway 63 if possible.”

The order did not include the hamlet of Fort MacKay, Athabasca Camp or the Beaver River Camp.

John Archer, a spokesman for the Alberta government, stressed the move was being done in an orderly fashion.

“By and large, I believe the fire has not encroached too much more upon Suncor or Syncrude, but the reason why the call was made tonight is so they’re not starting an evacuation at 2 a.m.,” he explained.

“I don’t think the threat is that much more acute now than it was earlier.”

Late Monday, Suncor issued a news release confirming it had “started a staged and orderly shutdown of our base plant operations” and that personnel were being transported to work camps further north.

It stressed there has been no damage to Suncor infrastructure.

“Suncor has enhanced fire mitigation and protection around all of its facilities,” said the release. “When it is safe to do so, we will continue implementing our restart plans.”

The entire population of Fort McMurray, more than 80,000 residents, are now entering their third week away from home. Many of the work camps were used to house evacuated residents who fled north when fire broke through into the city the afternoon of May 3.

Those residents were taken to points south, including Edmonton and Calgary, several days ago and workers were moved back in to begin ramping up oilsands production again.

About 2,400 structures were destroyed in Fort McMurray, but essential infrastructure, including the hospital, water treatment plant and the airport, remain intact.

Crews continued to battle hot spots on the edge of the city Monday while the fire still raged out of control deeper in the forest.

“The original fire does provide a very good fire guard for firefighters to work from,” said Alberta wildfire manager Chad Morrison. “They have done a very, very good job of holding the line there and with the extra fire guard I believe that they will be quite successful.”

Alberta Premier Rachel Notley said the air quality health index is normally one to 10, with 10 being the worst, but the reading this morning was at 38.

Notley said the conditions were hampering efforts to get residents back to their homes.

“Alberta Health Services has recommended that members of the public who had been previously arranging to return to the area under various requests not return until those conditions improve,” Notley said. “This is something that could potentially delay recovery work and a return to the community.”

Karen Grimsrud, Alberta’s chief medical officer of health, said they expect the air quality readings to remain in the extreme range for the next couple of days.

She said workers in the area should be wearing respirators.