Features
Back to Basics: Ladder Dating: When to use two firefighters 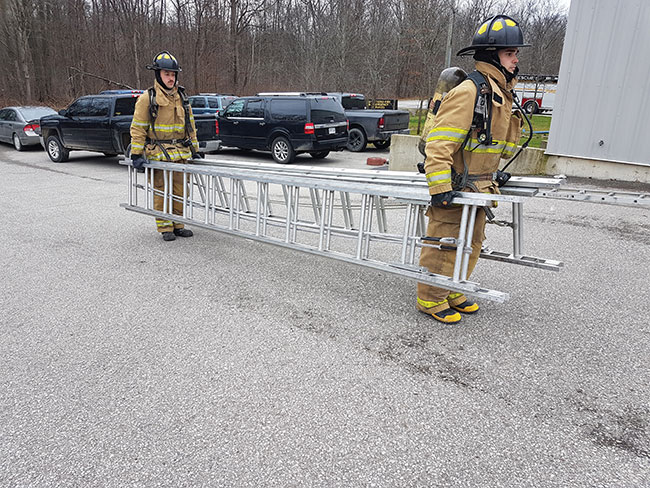 Photo 1: The two firefighters are carrying two 24-foot ground ladders at once. Utilizing the suitcase handle, they are able to double their efforts in one travel as opposed to carrying one ladder at a time and making two trips. Photos by Mark van der Feyst

When two firefighters are available for ground ladder assignments, their efforts need to be maximized to be effective on the fire ground. This will involve using both sets of hands to carry required tools, equipment and ground ladders.

One such instance of where two firefighters will be needed is when there are two ground ladders to be carried. In the first photo, you will see an example of this. The two firefighters are carrying two 24-foot ground ladders at once. Using the suitcase handle, they are able to double their efforts in one travel as opposed to carrying one ladder at a time and making two trips. This can be done for any ground ladder combination, such as 28-foot ladder and a 24-foot ladder, or a 14-foot roof ladder and a 24-foot ladder.

Using two firefighters to carry any one or two-section ground ladder is a waste of manpower on the fire ground. If this is the case, there must be an abundance of firefighters on scene who can be used for this assignment. Usually, fire departments are struggling for available hands to complete critical assignments, which involve laddering a building. Fire departments must prioritize which assignments will be completed first based on available manpower. Fire departments need to learn how to operate using one firefighter for several tasks that do not require having two.

I mentioned earlier about using all available hands to carry ground ladders, as well as tools and equipment. There are many ways a firefighter can arrange their tools or equipment with a ground ladder to carry both at once. Examples would be the roof hook or pike poles – they can be mounted along the lower side beam of the ladder and tucked into the space between the firefighter’s leg or shoulder when carrying it. (See photo 2) 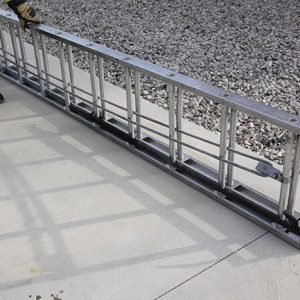 Photo 2: The roof hook can be mounted along the lower side beam of the ladder and tucked into the space between the firefighter’s leg or shoulder when carrying it.

Photo 3: A firefighter can arrange the two ground ladders on top of each other like a stretcher, then place the needed equipment, such as the saw, on top of the ladders. Photos by Mark van der Feyst

Another example would be to arrange the two ground ladders on top of each other like a stretcher, then place the needed equipment on top of the ladders, such as the saw, axe, halligan, pile pole, or roof hook. Once loaded up, one firefighter will grab the tip end of the ground ladders, and the other will grab the butt end of the ground ladders and walk it to their needed position. The third photo shows an adaption of this by using only one firefighter to drag the ladders along, but a second firefighter could be used to help carry them.

There is certainly a place and a need for working in teams of two on the fire ground, but there is also a time and place for when the task can be accomplished with using one firefighter, especially when there is only one available. Departments need to train like they play. If they are playing with a limited staff situation, they need to practice looking at what one firefighter can do and when they  could use two firefighters.

Related
NFPA Impact: Practice … until you can’t get it wrong
Mental Health Literacy
Back to Basics: Ladder dating — The halyard
Thermal Imaging: FAQS