Mississauga firefighter Jodine Hough has a soft, calm voice – a trait that likely makes her an asset in her role as a peer team member. She described that role with humility. 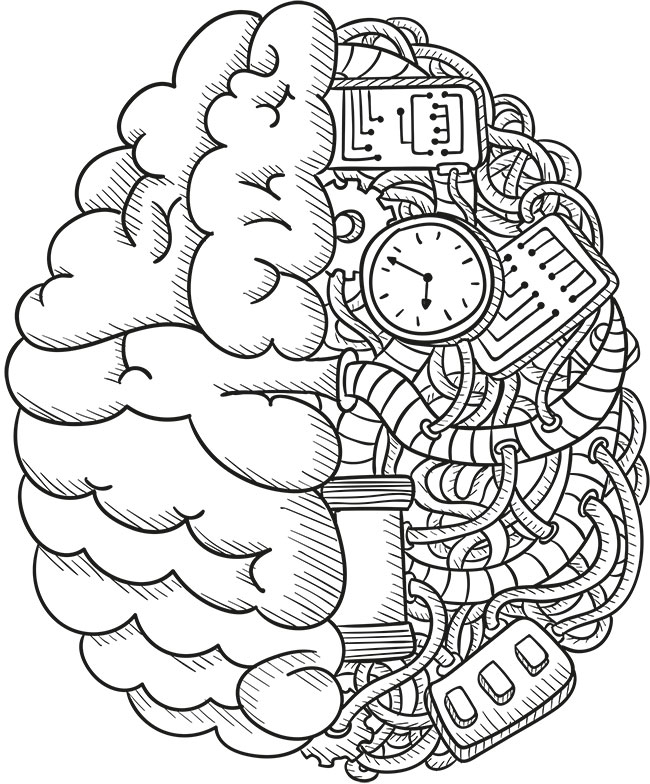 “It’s voluntary for firefighters to speak about an incident,” she said. “But we let them know that we are here to talk, and here are the resources.”

Hough and her 17 co-members that make up Mississauga Fire and Emergency Services’ peer team are volunteers offering their time to what is increasingly being recognized as essential and lacking in Canada’s fire service: mental health support.

“Critical incident stress is not really dealt with [in the fire service],” Hough said. “But I think people are becoming more aware about mental health as it comes more out of the wood work,” she said.

Hough has been a member of the Mississauga peer team for 10 years, only two years after she was hired as a full-time firefighter. She took on the role of team co-ordinator six years ago.

“I saw colleagues who were struggling,” she said. “And, especially in a male-dominated profession, a lot of guys don’t like to talk because they know they are looked up to. To appear to have weakness, it comes across as shameful.

“A firefighter’s job is to help the public, but (the peer team) is here to help internally,” Hough said.

Looking for answers, Connor researched and learned about peer-support methods being pioneered at the time by the Ontario Provincial Police (OPP).

“I did the exploratory work into getting some peer support training for myself,” he said. After a few courses, one of which was with the OPP, Connor became Mississauga Fire’s first and only peer-support team member. His job starting out was to go and visit crews that were having issues after serious calls.

Years later, as more members joined and trust in the team grew, so did the services members provided. The team’s mandate began to include social services in areas such as suicide intervention and addiction.

“Those things become part of the catalogue of services,” Connor said. “It was really out of necessity that we did that.”

Despite its necessity, Connor said, keeping the peer-team project alive was a rocky journey.

“We definitely struggled for funding and support in the past,” Connor said, and there were times that the peer team wasn’t used or activated frequently.

The Joint Wellness Fitness Initiative provides information about successful wellness programs being run across the United States and Canada. Aligning with the joint initiative, Connor said, gave the peer team the legitimacy necessary to secure approval and funding from local government and fire service associations.

Today, the peer team is kept alive through support from its chief and members, strong relationships with the firefighters’ association and the city’s health services department, and a specific budget set aside for wellness.

In 2014, Mississauga Fire – a department of 708 staff – spent about $30,000 to put each member through basic mental-health training. That’s about $50-75 a person for training, which is administered with assistance from the peer team.

Depending on the size of the department, Connor said, the cost to set up a peer team is between $4,000 and $8,000. Departments should also budget between $3,000 and $10,000 annually for certifications and courses.

How the peer team works
Mississauga’s peer team includes a mix of ranks in the service, from third-class firefighters to district chiefs, as well as in suppression, communication and training. The idea is that firefighters have the opportunity to discuss their work-related stress with a co-worker in a comfortable and causal setting.

The peer team is activated ideally within a few days following a traumatic incident. A meeting is scheduled and members are encouraged to discuss what happened. If required, psychologists are brought in to monitor the discussion.

“The peers, they’ve been through the trenches,” Hough said. “They know what to expect, and how to deal with what you’ve seen; it adds credibility. If they talk to you, you’re gong to understand where they are coming from.”

Sometimes, she said, that means using black humour that the general public likely would not understand.

The peers aim to meet at least four times a year to train on the latest services in mental health. As the co-ordinator, Hough is responsible to ensure the team’s training is up to date.

The team is certified through the Canadian Critical Incident Stress Foundation; however, there are other certifications available internationally.

“We maintain [the certification] as a base,” Hough said. “Then we do additional training. There are courses provided in suicide intervention, addictions, resiliency – so all different ones we try and have to add diversity to the team.”

An example of one of the peer team’s initiatives is the spousal day for new recruits. The team organizes a day when new firefighters and their spouses are invited in to hear about critical-incident stress and services offered by the department’s employee assistance provider.

Outside support
A peer team starting out, Connor said, first needs support from outside of the fire hall. That’s where psychologists come in. Trained mental health professionals are needed to guide the initial interactions of the peer team with department members in order to gain trust and support, as well as add legitimacy.

To find professionals, departments must connect with mental health providers in their municipalities. For Mississauga, that meant partnering and working closely with the city’s employee health unit.

Drew Sousa is the manager of employee health services for the city of Mississauga. She was behind a municipal government-wide mental-health awareness campaign in 2012. Not long after that campaign, Sousa determined that the fire department required further attention.

With the peer team already in play at the time, Connor and Sousa teamed up to brainstorm ideas to further support mental health services for members of the Mississauga fire department. The resolution was to bring in an outside employee assistance provider and to work with the peer team and the IAFF/IAFC Joint Wellness Fitness Initiative.

“My role was to bring more of a health care professional perspective into it,” Sousa said, “to help our fire department learn how to pull all of the resources that were available, and to position themselves in a manner that the rest of the (government) organization wanted them to be in.”

Partnerships, Sousa said, are crucial for any fire department – regardless of size or budget – to create a legitimate and effective mental health peer team.

“There are a lot of organizations out there now,” she said. “Especially right now with mental health being at the forefront.

“A small department shouldn’t be intimidated. Start conversations about people like us,” Sousa said, “and learn from us.”

A chief’s perspective
Mississauga Fire was praised for its peer-team approach to providing mental health services to its firefighters earlier this year during the Ontario Association of Fire Chief’s labour relations seminar held in Toronto.

Mississauga Fire Chief Tim Beckett gave a presentation on the peer team during the seminar, along with Connor and Hough.

Beckett, who came on as chief for Mississauga in July 2014, said he was encouraged at the time to see that the department had mental-health services already in place.

The resources allocated for the wellness/fitness initiative, including the peer team, represent “a long-term investment in the department’s staff,” Beckett said. It also shows that the employer cares.

“Mental health issues do not distinguish between sizes of departments,” Beckett said. There are costs, he said, but there are also supports available.

“There’s an onus on organizations to invest in this, and invest in their employees,” Beckett said. That means, as a chief, making the tough decisions, he said.

“We’ve got to start thinking differently and as a leader, my job really is to push that change of thought through the organization,” he said. For Beckett, an opportunity for change came in November, shortly after the department lost one of its firefighters to suicide. A close friend of the firefighter was scheduled to work during the funeral, but, after a discussion with the chief, was given the day off to attend the service.

“In the past that’s not how we would have done things, but that’s the change that we need to look at,” Beckett said.

There is also an onus on chiefs to lead by example, he said. “You don’t have to be that tough, grumbling firefighter that everybody has in their perception, you can be the softer, kinder person that says, ‘Yeah, you know what, I’m impacted by this.’ ”

One size does not fit all
At this point, Connor said, with all of the studies and evidence available online, all chiefs should already know the importance of having services for mental health. What it broils down to is almost always funding. But the payoff in this case, he said, is well worth it.

“The support peer teams give to departments in terms of keeping people at work and reducing the level of disability, it’s one of the best values you can get for very little money.”

She recommends looking first into free resources that provide mental health support and services. One of those resources is the Tema Conter Memorial Trust (tema.ca), a foundation established in 2001 that provides peer and psychological support for Canada’s public safety organizations.

Initializing partnerships with local health organizations, as Sousa suggested, is also a good place to start looking for support for a peer team.

Even one person (who has what Connor calls the helper gene) can make up a peer team for a small department, Hough said.

“It’s about finding someone who has passion for it,” she said, “someone who wants to help their colleagues, and is trusted in their department. As belief in them starts to grow, more people will step up to help them.”