March 26, 2015 – Not many Canadian firefighters can say they visited the fire department in Tuktoyaktuk, N.W.T., a community only accessible by plane or ice road. Jasper, Alta., Fire Chief Greg Van Tighem is excited for the opportunity.

“They probably do things a little differently there,” Van Tighem joked Tuesday, a day before he set out on his third, and likely most difficult bike tour to raise money for Multiple Sclerosis research and care.

Tuktoyaktuk is the last stop on Van Tighem’s tour, during which he will bike the length of the Dempster Highway starting in Dawson City, Yukon.

The 1,000-kilometre, three-week solo bike trip is many things to Van Tighem. First and foremost, it’s a fundraiser and awareness campaign for MS – a cause he has embraced for the past seven or eight years after meeting a deputy chief in Yellowknife who had the disease.

Secondly, the trip is a way to network with fire departments across the country. Van Tighem plans to stop in and meet with firefighters in every community he comes across.

Thirdly, the bike tour is personal therapy for the chief.

“I’ve been a firefighter for over 22 or 23 years now,” he said, “and been front-line on quiet a few traumatic MVCs and things like that.”

For Van Tighem, being mental healthy and keeping physically fit are linked.

Van Tighem should be wheels down in Dawson City this weekend, and plans to hit the pavement peddling on March 31. Follow his journey on the website endms93.com, on his Facebook page Endms93, and on Twitter @_gvt 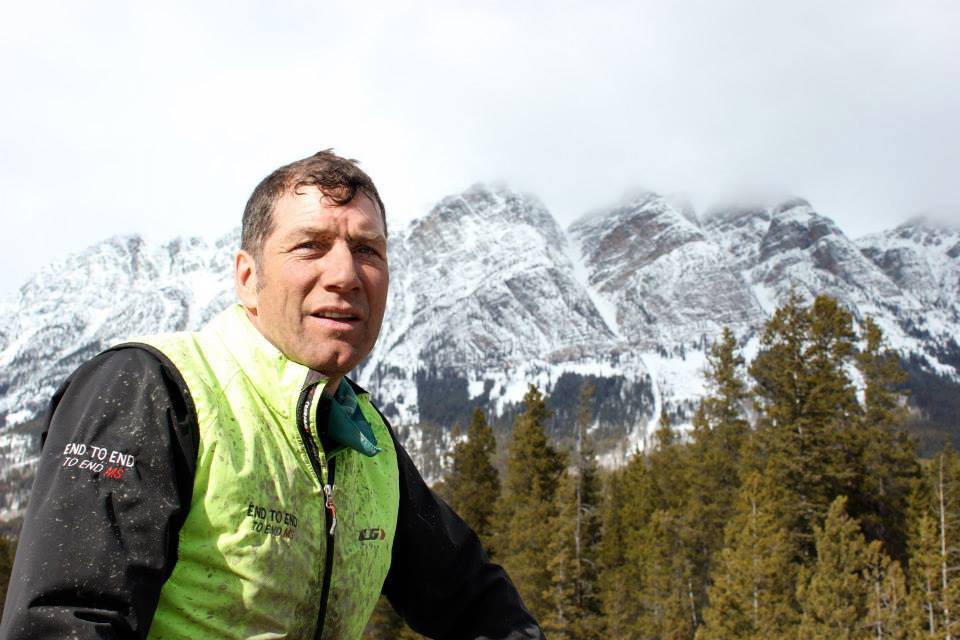