March 3, 2016 - John Gignac, the man behind Ontario's Hawkins-Gignac Act that requires carbon-monoxide alarms in all homes, has been named to the Order of Ontario.

Gignac, who is a retired captain with Brantford Fire Department, received the honour at a ceremony in Toronto in January. The recognition, he said, is shared by all volunteers of the Hawkins-Gignac Foundation.

"We have a lot of volunteers and family members that help out a ton," Gignac said in an interview. "Without those people I wouldn't be nearly as successful."

Gignac retired as a firefighter after 34 years in 2009, several months after his niece, Ontario Provincial Police constable Laurie Hawkins, her husband and their children died from carbon-monoxide poisoning. Gignac started the foundation that year with the mission to increase awareness of carbon monoxide and educate people about the importance of prevention and alarm systems.

"[The foundation] was born on the promise I made to my brother when my niece was in the [hospital] in Toronto," Gignac said. "I had my uniform on and he said, 'Why is this happening? Why aren't you doing something about it?'

Creating awareness about carbon monoxide began as an uphill battle, Gignac said – he was surprised how few people understood the severity of the so-called silent killer. He turned to his years of training as a firefighter and experience dealing with trauma as a launch point to begin public-education efforts.

Ontario passed the Hawkins-Gignac Act in late 2013, making it the second province in Canada to require carbon-monoxide alarms in homes; Yukon passed similar legislation earlier that year. Gignac, on behalf of the Hawkins-Gignac Foundation, was heavily involved in campaigning in both the province and territory.

Learn more about the foundation at www.endthesilence.ca 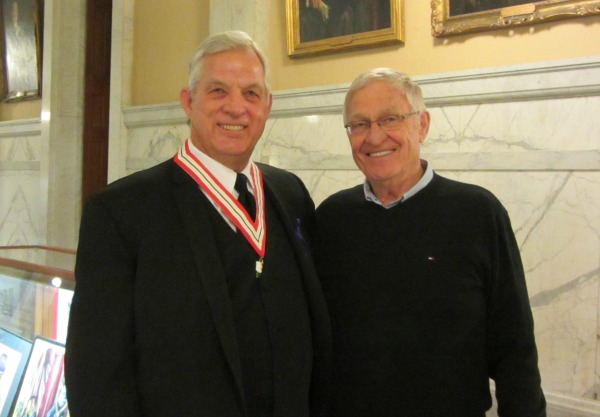