July 5, 2015, Toronto – Finally! After nine years of attending conferences from coast to coast, members of the Maritime Fire Chiefs Association (MFCA) meet next week . . . in my home town, Sydney, N.S. 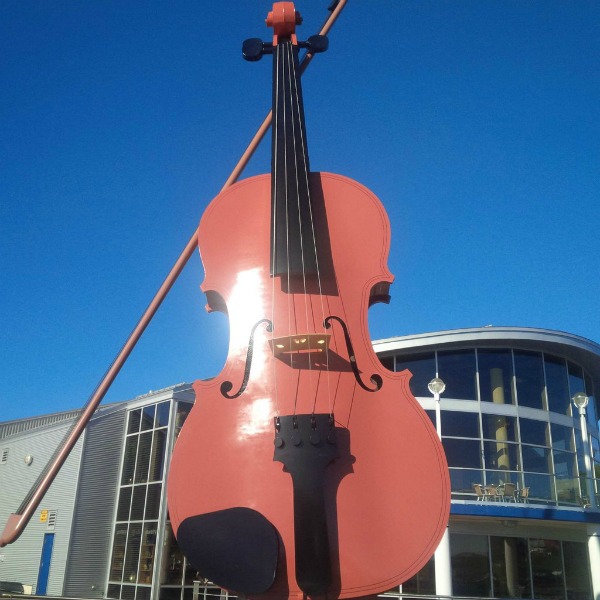 It’s a semi family affair: my cousin is the deputy chief of the Cape Breton Regional Municipality Fire Service, my sister’s brother in law (or my brother in law’s brother) is the chief of the neighbouring volunteer Glace Bay Fire Department; the deputy fire marshal (who is also the parade marshal for Sunday’s memorial march) learned fire investigating from . . . my dad, who, through his lengthy insurance-adjusting career, knows pretty much everyone who has anything to do with fire.

What’s more, the late Edna DeSanctis – an amazing and extremely smart woman who was the longtime secretary for the Fire Services Association of Nova Scotia, also helped the MFCA; and she worked at D.M. King Adjusters Ltd. for a very long time.

It’s a family affair in another way, too. Fire Fighting in Canada writers Vince MacKenzie and Tom DeSorcy and I are presenting Volunteer Vision-Live! next Wednesday, and Steve Kraft (a former FFIC columnist) and Bob Kissner, chiefs in Richmond Hill and Kingsville, Ont., respectively, are speaking. If the speakers flop, it’s all on me. Yikes! (They won’t!)

The conference committee is small but mighty – led by Ian McVicar, volunteer deputy chief in Coxheath, whose infectious energy has inspired his team to embrace some extraordinary ideas; I’m sworn to secrecy so you’ll have to watch Twitter to find out what Ian has up his sleeve.

The MFCA is a regional association (covering the four Atlantic provinces) so it doesn’t lobby government, therefore, conferences focus on training and networking rather than political issues.

More than 150 delegates are registered, and more than 100 spouses – which makes the conference unique in that the atmosphere is more family vacation with some built-in learning – most chief officers in the region are, of course, volunteers, so the format works. The conference is also open to firefighters.

The MFCA conference was last held in Sydney long before I became editor (this is my ninth MFCA conference – Summerside x 3, Lunenburg, Pictou x 2, Fredericton, Yarmouth – I missed Gander in 2012). Having worked closely with the conference committee to add some Cape Breton colour – we’ve got pipers and musicians lined up, as expected – we also set out early on to focus on quality, all-Canadian education programming. A highlight will be our MFCA Unplugged roundtable/bear-pit session Monday afternoon, on the trade show floor – five panelists and a moderator (yours truly) broadcast onto the big screens in the arena at Centre 200 – the former Sydney Forum, where I spent more hours skating and watching hockey games than I did at school – packed (we hope!) with vendors and delegates.

Sydney lacks the beauty of, say, Baddeck or Ingonish – key tourism points on Cape Breton Island – but it has character. The former toxic tar ponds – from years of coal-based runoff from long decommissioned Sydney Steel Corp. – have been transformed into the fabulous and appropriately named Open Hearth Park, where the Kinsmen RibFest happens next weekend; the harbourfront has been rebuilt, with a well-used boardwalk that runs behind Sydney Station 1 and the former Royal Cape Breton Yacht Club, which fell to an arson fire in May 2013. Cruise ships are scheduled into Sydney Harbour every day of the conference, docking near the famous world’s largest fiddle (like Sudbury’s nickel or Duncan, B.C.’s, big hockey stick), adding a bit of a buzz to the week.

The weather, on the other hand, according to Environment Canada’s 14-day outlook, is as expected in early July: high teens, a mix of sun and cloud (quite a contrast to this week’s heat wave in Toronto).

It doesn’t matter – a well planned conference (by a great team of Type-A fire-service personalities) with great food, great music, and great speakers (if I do say so myself), in my home town. The trade show opens Sunday afternoon. My long-suppressed Cape Breton accent will be back by supper time.