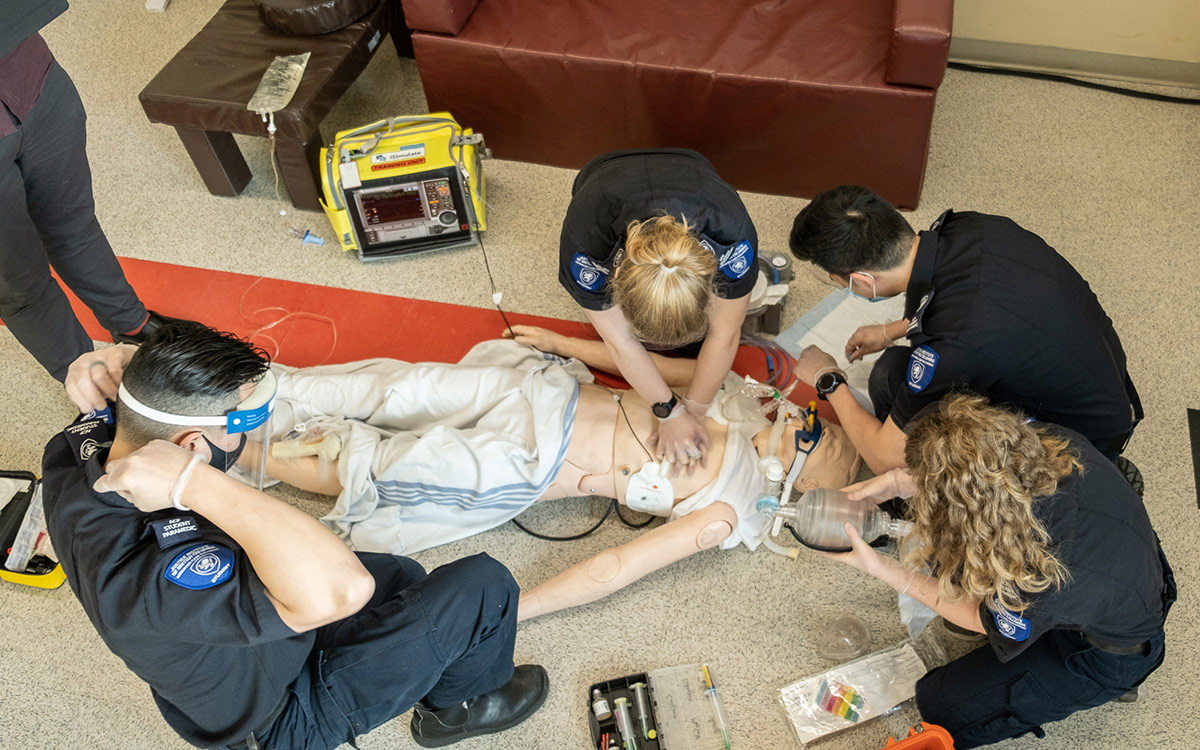 The strong demand for Advanced Care Paramedics (ACPs) in British Columbia is being met with the help of changes that are making the ACP program at the Justice Institute of British Columbia (JIBC) more flexible and accessible for students.

JIBC’s Advanced Care Paramedic program, currently the only one recognized in British Columbia, has benefited from the COVID-19 pandemic, which helped make conversion of courses to online formats a top priority.

“The inclusion of more online content in the ACP program will no doubt help JIBC meet the continued demand for this higher level of paramedics in the province,” said Kathy Harms, director of JIBC’s Health Sciences Division, in a press release.

Advanced care paramedics are trained in higher-level skills, such as cardiac care, sedation, and intubation. ACP students in British Columbia are typically already employed as Primary Care Paramedics (PCPs) and take educational leave to attend the JIBC program, while taking on PCP shifts when they can to continue earning money.

Prior to the change in the JIBC program, ACP students were required to be on campus for lectures and practical training for three days a week, said Oliver Oxbury, lead instructor of the ACP program, in a press statement. Now, the approximately 20-month program starts off with four weeks of classes conducted online, followed by alternating two-week periods of online-only classes and hands-on training and assessments held at the New Westminster campus.

“What we’re hoping with the online model is it’ll be much easier for them to pick up their shifts while they’re doing online sessions and near where they normally work as a PCP rather than having to add in an extra hour or so of travel time to relocate to a new area to find work,” Oxbury said in the statement.

For current ACP student Steven Sulyok, the new format has been a boon to his pursuit of an ACP qualification after 18 years as a PCP. He has managed to balance his family, work, and school life. He is also able to save time and money by reducing travel from his home outside Nanaimo to the New Westminster campus, which often requires staying overnight with family and friends.

“Personally, I find this option fantastic as this model allows the student to review the online lesson as many times as they wish as every lesson and lecture is recorded,” Sulyok said in the press statement.

JIBC’s ACP program graduates continue to perform well in the national qualifying exam of the Canadian Organization of Paramedic Regulators. The program is exceeding the national average in both pass rates and overall scores in the most recent results, reported the institute, which they are required to pass before being licensed to practice in British Columbia.

JIBC is also updating its ACP curriculum to include expanded content on intercultural communication, leadership and teamwork, and evidence-based clinical approaches to patient care being introduced in the province.

The ACP program is offered at JIBC’s New Westminster and Victoria campuses. An offering is planned for the Kelowna campus with a cohort to start in September 2021.