Busy trade show season from coast to coast in 2019 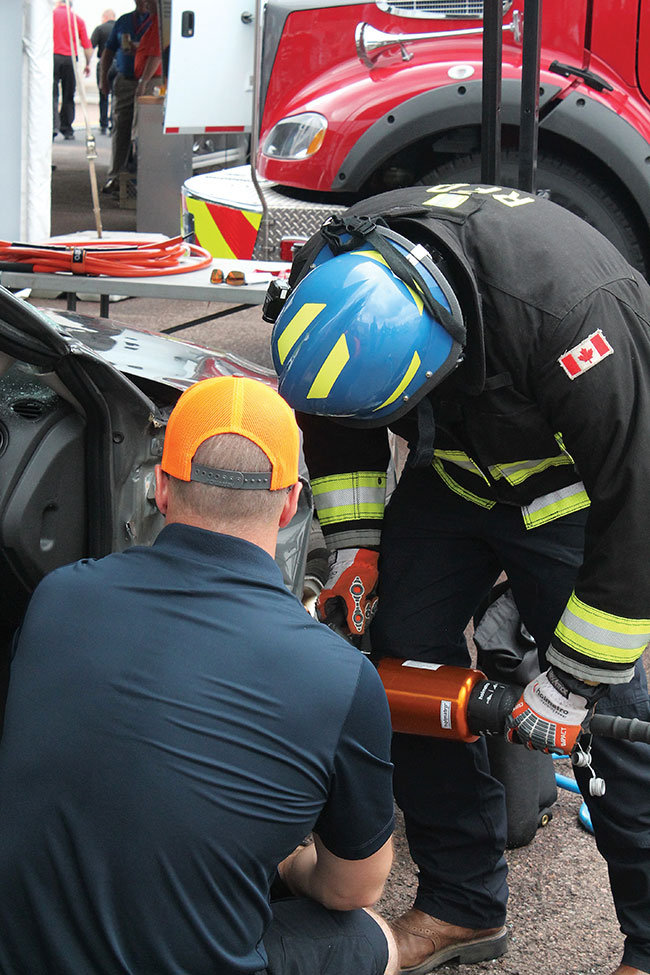 Firefighters learned some auto extrication tips at the trade show during a MFCA demo.

The Canadian fire service trade show season took us from western Canada to the east coast, officially wrapping up in Moncton with the MFCA Atlantic Fire Leadership Conference.

Trade shows, expos, conferences and education summits held in each province gave an opportunity for the fire service to come together, learn what’s new and relevant in the industry and continue protecting people from and preventing fires.

This last season did not disappoint as Fire Fighting in Canada or Firehall Bookstore made stops in Saskatchewan, Ontario, New Brunswick, Alberta, British Columbia, Manitoba and Nova Scotia; participating in sessions that ranged in topics from leadership, wildland fires, coaching your team, recruiting millennials and more.

A recurring theme of the summer was how beneficial it is for a fire chief to invest time in and show appreciation to their team. And the benefits that a department can inherit through effective coaching from their chief.

“You’re their cheerleader and letting them know you’re on their team and have their back,” said Fire Chief Vince MacKenzie of the Grand Falls-Windsor fire department in Newfoundland during the 2019 Northeastern Fire Education Conference in Huntsville, Ont., in March. “You’re encouraging and you are doing everything you can to build your team’s career and further your department.”

MacKenzie went over various leadership styles that he said are vital in establishing a healthy workplace environment at the firehall. He said chiefs can play a supporting role, delegating, directing, or a coaching role. And each play an important part, but the underlying rule is to let your team know you are there for them. 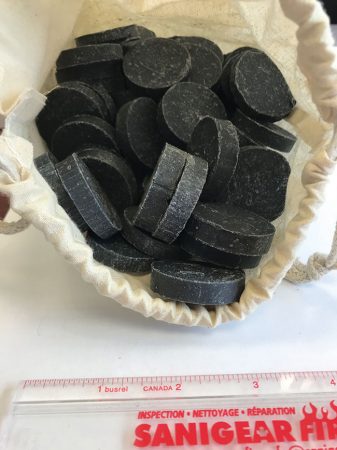 More than 300 fire chiefs, chief officers, emergency vehicle technicians and firefighters from all over B.C. attended the B.C. Fire Expo in Penticton in June. The industry discussed topics such as preparing for the wildfire season, reading body language, time management and holding yourself accountable.

The keynote speaker in Penticton was Frank Viscuso – an author, speaker and career deputy chief. He spoke on stepping up to lead, sharing the secrets of effective fire-service leadership, introducing the traits and skills essential for successful fire-service leaders, and discussing the importance of customer service.

The latest and last summer conference was the MFCA Atlantic Fire Leadership Conference held in Moncton, N.B., in July. Instead of the trade show spanning the whole weekend as usual, the show started Friday evening and finished up early-evening Saturday. Despite the new schedule the show floor was still buzzing with talk about new truck deliveries, products, the latest tech, a few short auto extrication demos, and a lot of networking and catching up among chiefs, vendors and other attendees.

The educational portion of the show in Moncton included topics such as: thinking strategically vs. reacting emotionally, public education from the NFPA, firefighter mental health, challenges and opportunities for the modern fire service and more.

One of the latest products shown at the expo came from SaniGear, a company that cleans and repairs personal protective equipment for first responders. The company recently launched a new product called Protocol Detox Soap.

SaniGear president Inge Pudelek said the industry standard for a firefighter is to shower as soon as possible after fighting a fire to remove toxins from the skin before they can be further absorbed.

“We made Protocol Detox Soap to help departments with their Cancer Risk Reduction Plans,” said Pudelek. “The soap contains activated charcoal and bentonite clay to help wash away toxins and harmful substances firefighters can come into contact with at a fire.”

Stay tuned for to Fire Fighting in Canada for all your trade show news.