Growth is a part of life, and growth happens when you step outside your comfort zone. 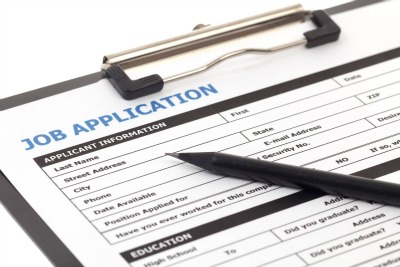 Growth is a part of life

However, it’s not always the end result that creates the growth. I discovered this summer that sometimes you grow from the process.

Those who read my column know that I have struggled with depression and anxiety on and off over the years. At the end of 2013, I took time off work to face my issues head on and do the work necessary to put the underlying issues to bed once and for all.

Facing my problems wasn’t easy and it certainly wasn’t a quick fix; it included regular visits with a therapist, homework, medication for depression and almost four months off work. Four months is a short period of time in the grand scheme of things when you consider that I had been dealing with the struggle my whole life.

While things continued to improve for me on a personal level, they also improved at work. I took on a new role to cover for a co-worker who was on an indefinite leave and juggled two short-term jobs. When a temporary employee was brought in to cover my position in the planning department, I moved to the building department full time, and have been there for the better part of a year.

It was during this time that I came to realize my forgotten potential. As my confidence grew, I approached my boss about the possibility of taking some building-code courses and was thrilled when presented with the opportunity to tackle my first course.

As the year went on, my boss and I talked about the possibility of me becoming a building inspector since a couple of our current inspectors are close to retirement. I was excited by the prospect but less so about the timeline. It would be two to three years before I would have the chance to apply, and there is never a guarantee I would get the job.

I was anxious to take on more responsibility and really believed that it was an opportune time for a career move; both of my daughters are now in high school, and I was in a very good place in my life mentally and emotionally.

My boss kept telling me to be patient and in utter frustration I said to him one day, “When a flower starts to grow you can’t stop it!”

“Quit putting fertilizer on it then.”

Not what I wanted to hear, but it did make me laugh.

I then had an a-ha moment: it occurred to me that if my boss thinks I have what it takes to be a building inspector, why was I not pursuing fire-inspector positions? That is, after all, where my passion lies.

I began applying to fire-prevention positions just to see what would happen. I wondered if I had kept my foot in the door enough to even get an interview. I take at least one fire-prevention course at the Ontario Fire College every year to keep myself current, but it’s not the same as doing the job.

While at the college in July, I received a call from Owen Sound Fire and Emergency Services to interview for a fire-prevention officer position. I was excited and reluctant at the same time. Owen Sound is a two-hour drive from where I live and not doable in the winter, which would mean staying during the week, and only being home on the weekends. Even in good weather, the drive would add four hours to my workday.

The night before the interview I struggled with whether to go or not. The drive would definitely be a factor, and although my kids are older and I had declared this to be the perfect time for my new career to begin, I still worried about being that far away.

I asked a mentor of mine, “How far do you go to follow your dream?”

I knew I would not forgive myself if I did not at least go for the interview, and decided to keep an open mind and just enjoy the process. Every interview is a learning experience, and this one turned out to be a great one.

During the interview I felt calm and relaxed – a big deal for someone who has a history of anxiety in certain social situations. I chatted with an amiable firefighter before my interview, which helped put me at ease. Although I knew that my answers were not the strongest – I have limited current experience to draw from – I still felt very positive about it all.

I didn’t get the job, but I did gain valuable knowledge and insight about myself and how far I have come in the past two years.

It’s amazing how empowering it can be to take a step outside of your comfort zone.

Jennifer Grigg has been a volunteer with the Township of Georgian Bay Fire Department in Ontario since 1997. jhook0312@yahoo.ca @georgianbayjen