Responders on the scene of collisions see the direct results of safe or unsafe vehicles. While motor vehicles are much safer than they were 30 to 40 years ago, the death rate due to crashes is still very high. 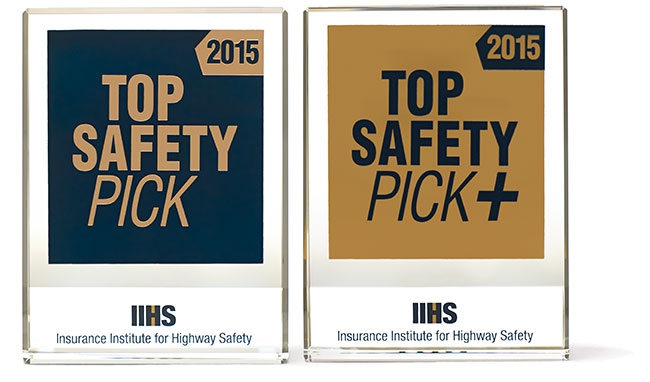 Each year the IIHS gives out the Top Safety Pick and the Top Safety Pick+ awards to vehicles that score the highest ratings. The plus award is given to a vehicle with available front crash prevention systems. Extrication expert Randy Schmitz goes in-depth on national standards and how consumers can choose the safest vehicles.

As a first responder, it is helpful to know what national standards are in place and how consumers can choose the safest vehicles.

New-car buyers have an abundance of information available to them – prices, styles, features, sizes and safety technologies. While most consumers rate safety as a top priority, they may not know how to determine which vehicles are the safest.

The good news is that consumers have access to independent and government-run new-car assessments and crash-test programs to learn about vehicle safety.

In Canada, vehicle manufacturers must adhere to motor-vehicle safety standards. These standards are set, regulated and enforced by Transport Canada, and governed by the Canada Motor Vehicle Safety Act and Motor Vehicle Transport Act.

In the United States, the National Highway Traffic Safety Administration (NHTSA), a branch of the Department of Transportation, writes and enforces rules and regulations called the federal motor vehicle safety standard (FMVSS). The NHTSA performs various rear-end, frontal, rollover and side-impact crash tests, and is also responsible for consumer vehicle safety through the new-car assessment program (NCAP), first developed in the late 1970s.

The NCAP informs consumers about vehicle-safety enhancements and works with the automobile manufacturers to entice and exceed the FMVSS minimum requirements when designing new vehicles for market.

Vehicles manufactured for the 2011 model year were subjected to significant upgrades made to the NCAP, including more stringent crash-test parameters.

Currently NCAP uses a five-star rating system that includes side- and frontal-impact crashworthiness and a vehicle’s resistance to rollover. In a nutshell, the scores are calculated from the measurements of the loading and deceleration movements of the crash-test dummies during crashes.

As a result of the NCAP success, nine other countries created programs to encourage the supply of and demand for safer vehicles.

The automobile industry requested that Transport Canada and the United States Department of Transportation adopt the same regulations to speed up the testing process for vehicles sold in both countries.

Canada now aligns with the United States in almost all aspects of regulated vehicle safety standards.

While there may be some differences in regulation and vehicle options between Canada and the United States, vehicles that are sold in both countries have similar, if not the same crash-protection systems.

Under this assumption, vehicle models sold in Canada that are tested under the NCAP program would achieve the same results in a Canadian crash test. (For simplicity we will refer to the harmonized crash testing methods from both countries as North American standards.)

Another agency, the Insurance Institute for Highway Safety (IIHS), also tests for vehicle crash worthiness; it is an independent safety-research group funded by auto-insurance companies.

Frontal-crash test (NHTSA)
The front-crash test propels a vehicle directly into a fixed barrier at 56 kilometres per hour (km/h) (35 miles per hour (mph)), with the full width of a vehicle’s front end coming into contact with the barrier. Belted crash-test dummies in the driver and passenger seating areas are equipped with sensors to record the level of force placed on the head, neck, chest and legs. The measurements correlate with injury. Prior to 2011, only the head and chest results formed the basis of the star rating. Individual star ratings are then assigned to the front passengers.

Note: some automotive experts have criticized NHTSA’s full-frontal, rigid-barrier test as unrealistic because head-on crashes into a flat, solid wall are relatively rare. Others argue that real-world or not, flat-barrier testing is a good way to gauge the effectiveness of the restraint systems.

The side-impact scores are recorded for the driver and left-rear passenger.

Only a chest-injury measurement determined the safety score for vehicles that were designed before 2011. For 2011 and later models, the score calculations include the head, chest, abdomen and pelvis for the driver, and injury to the head and pelvis for the left rear-seat passenger.

In addition, a separate side-impact test with a pole has been added into the evaluation and directed at the driver side to assess the chance of injury.

A small-sized adult female crash test dummy is placed in the driver’s seat and is secured with a seatbelt. The test vehicle, angled at 75 degrees, is then pulled sideways at 32 km/h (20 mph) into a 25-centimetre (10-inch) diameter pole at the driver’s seating location. This test mimics a side-impact crash involving a narrow, fixed object such as a utility pole or tree.

Instruments measure the force of impact to the dummy’s head, chest, lower spine, abdomen, and pelvis.

Unless otherwise noted, the side-pole rating is an evaluation of injury to the head and pelvis for both the driver and front-seat passenger.

Another evaluation criteria that makes up the crash-rating assignments is how well the vehicle can repel forces imposed upon it during the crash. The vehicle’s structural integrity is put to the test.

Note: IIHS now conducts two series of front-crash tests, one that engages 40 per cent of a vehicle’s front and a newer test, initiated in 2012, that uses a smaller overlap, engaging just 25 per cent of the car’s front. (Find out more about small offset frontal crashes in the April issue of Canadian Firefighter.)

The two dummies used in the IIHS side-impact crash test are either a small adult female or a 12-year-old child. One is the driver, the other a left-rear passenger.

Rear-impact tests (IIHS)
IIHS has added rear-impact testing to its repertoire. A high number of injuries are caused by rear-impact collisions, whiplash being the most common. In the IIHS test, neck trauma is evaluated using the vehicle’s seat attached to a moving sled. The test simulates a rear-end crash about equal to a motionless vehicle being struck at 32 km/h (20 mph) by a vehicle of the same weight and bumper height. This particular test helps car manufacturers develop head-restraint systems that reduce whiplash-type injuries by cradling the occupant’s head.

Calculating rating
Both IIHS and NHTSA gather the information from crash tests, add up the scores, and then give a total score for overall crashworthiness.

Recently IIHS has started to test pre-crash avoidance technology that helps prevent crashes by alerting drivers to an impending collision and will be incorporating this testing into future crash-evaluation criteria.

NHTSA assigns one to five stars to the vehicle tested, which indicates the level of safety. One star means strong probability of injury or death; five mean there is a low likelihood.

Choose the safest vehicle
To determine what vehicle is the best in terms of safety, have a look at the test results from both organizations. One vehicle may have superior performance in a NHTSA side-impact test but a low score in a small offset frontal crash configuration from IIHS.

Since both organizations test differently and offer separate results, an overall compilation of comparative results from both is the best bet.

A vehicle that scores high on most of the two organizations’ tests is likely at low risk for typical vehicle hazards.

The plus is awarded to vehicles with available front crash-prevention systems that earned an advanced or superior rating from IIHS.

Remember that the manufacturers have to meet only a minimum safety standard and only through public demand will manufacturers focus on vehicle safety.

Just because a vehicle is more luxurious and expensive, certainly does not mean it is any safer than an entry-level vehicle.

In the foreseeable future it is conceivable that some vehicles will have the technology to avoid standard crashes; this is due to 50 years of innovative engineering stimulated by regulatory processes, consumer awareness and demand.

It is crucial that those of us who work in emergency services, and consumers, maintain pressure on manufacturers to continue this safety progression if we are to see a day when road travel will not end in so many unnecessary and avoidable fatalities.

The more informed we are the safer we all will be.

Calgary firefighter Randy Schmitz has been extensively involved in extrication for 23 years. He is the education chair for the Transport Emergency Rescue Committee in Canada. rwschmitz@shaw.ca @firedog7