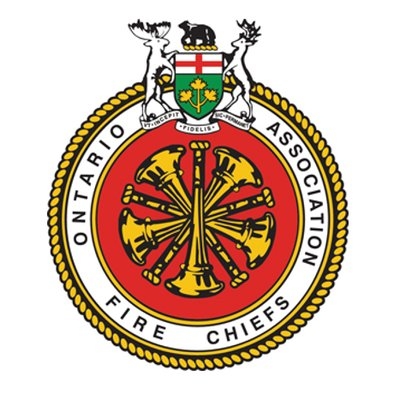 Fire chiefs from across Ontario met in Niagara Falls in November for the Ontario Association of Fire Chiefs’ Midterm Meeting.

The day began with a report from OAFC president Chief Stephen Hernen, who spoke about the association’s Strategic Plan, which was approved at last year’s Midterm Meeting. Some of the plan’s main focal points included expanding communications, diversifying revenue streams and enhancing the provision of member services. Better communication was a big focal point for the plan. This included the use of a new communications strategist and a concerted effort to use social media to communicate regularly with members.

Following Chief Hernen’s opening remarks, there was a partnership announcement between the OAFC and the Association des chefs en sécurité incendie du Québec (ACSIQ). The two associations will be working together to declare joint effort in advancing fire service training, public education and certification initiatives in Quebec and Ontario.

Chief Ted Bryan and Kalpana Rajgopalan from the Academic Standards and Evaluation branch (AS&E) of the OFMEM, gave a presentation on changes to fire service training and testing. This includes changes to the Lead Evaluator Program, which will now include a new application form and self-study package. This year, there will be a new standard curriculum for NFPA 1006: Standard for Technical Rescue Personnel Professional Qualifications and the OFMEM is now approved for NFPA 1035: Standard on Fire and Life Safety Educator, Public Information Officer, Youth Firesetter Intervention Specialist, and Youth Firesetter Program Manager Professional Qualifications.

Steven Haddad, director of Enhancing Emergency Services in Ontario, Ministry of Health and Long-Term Care, spoke to attendees about proposed changes to the emergency health services system announced in June. The proposed changes are intended to improve overcrowding in emergency medical facilities by prioritizing 911 calls and allowing paramedics to provide on-scene treatment and refer patients to non-hospital options. Firefighters who are certified as paramedics will be able to respond to low acuity calls to treat and release/ refer patients through this pilot. No pilot launch dates or sites have been announced.

The three chiefs talked about their flood experiences, including the warning signs, river versus lake floods and declaring emergency status. They discussed how local and national media can both help and hinder efforts, while offering ideas about how to keep the message in your department’s hands with social media.

Look out for Chief Harrow’s first article as our new Leadership Forum columnist in the March issue of Fire Fighting in Canada.

Most speakers came from within the province, with the exception of keynote speaker Billy D. Hayes, a chief program officer at the Alabama-based The National Center for Fire and Life Safety. His presentation emphasized that it was important to make fire prevention as much of a focus as suppression in departments and the media.

Fire Marshal Ross Nichols was at the meeting to update chiefs on changes at the OFMEM, including revitalizing incident management systems (IMS), revamping the Ontario Fire College, and nuclear response plans. Nichols said the OFMEM is in a period of transition and is low on inspectors. He said he hopes to bring in new staff members, including a new deputy fire marshal.

Lastly, Laura King, Canadian regional education specialist for the National Fire Protection Association (NFPA), spoke to chiefs about her role. With the NFPA, King is working on fire and life safety outreach while advocating for Canadian interests, such as French translations, within the organization.

Changes to next annual conference

The OAFC is making changes to its annual conference and trade show based on member feedback from the last two years. The event will be held in Toronto on May 3-6, with adjustments to the event format and length to better serve the interests of members. The trade show will now be held at the International Centre to allow for more space and a more interactive experience. The conference programs and accommodations will be at the Delta Toronto Airport Hotel & Conference Centre.

This year, the OAFC general meeting, including elections, is being moved to November during the 2018 Midterm Meeting.