Baby boomers, generation J, generation X, boomers II – these are the generations into which most of you reading this probably fit. While you all have unique habits and tendencies, sociologists have uncovered some generalized experiences of members of these generations that have helped to shape who you are today. 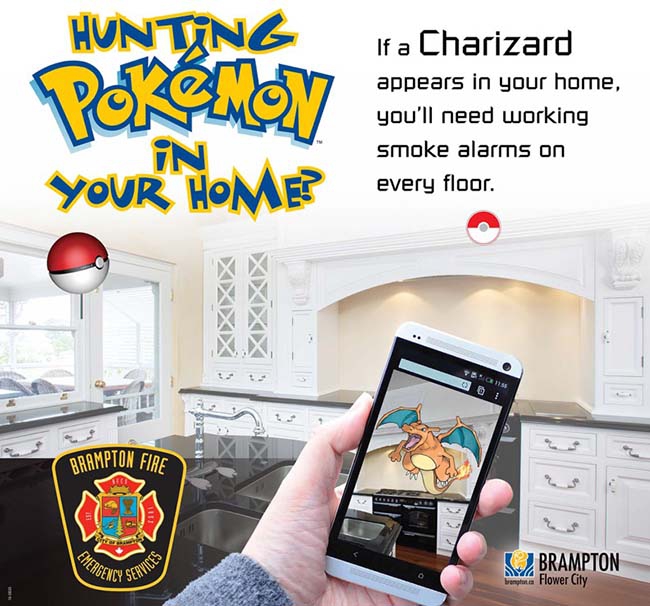 Watching for and seizing social media trends Brampton Fire and Emergency Services use trends in social media to spread fire safety awareness to the millennial generation.

For example, most of you grew up in a time of stable economic prosperity in Canada; most of you remember the political ideological battle that was the Cold War; and the nuclear family was the societal norm. As for media consumption, television and movie theatres became the ultimate sources of entertainment, while many of you read the daily newspaper to learn about current events and the commentary of the day.

For these generations, in relation to marketing fire safety education, the more traditional mediums of communication have been the most effective: taking out ads in the newspaper, having a guest speaker on the local community cable network, and paid radio spots have seemed to get the message across and engage audiences. However, to the dismay of the traditionalist in the media world and public educators in fire departments, a generational shift has occurred that has now made news consumption and marketing techniques more complex.

Enter generation Y and generation Z, also commonly referred to as millennials. How different are these generations? To start, 95 per cent of the people who belong to these generations have personal computers, they likely will have owned cell phones as preteens, they stream movies in the comfort of their bedrooms, they’ll instantly toss a newspaper in the recycling bin rather than read it, and they have never seen an eight-track player or beta cassette. Members of these generations are the also the ones that have been labeled as entitled, self centred, and have been told they do not know what hard work really is. Statistically, members of these generations will live at home with their parents until they are in their late 20s.

So at this point you may be asking why we should focus the attention on these generations; these are people who were not even born when many of you started on the fire department, so they are mostly still teens, right? The fact of the matter is, as a group, generations y and z represent 30 per cent of the adult population in Canada, or almost eight million people, and the percentage increases every year according to Statistics Canada. Members of these generations will soon be purchasing their first homes, having children and will become responsible for the fire safety in their families.

So now that we know the millennial generation is a group that we as public educators should focus on, how can we begin to make certain they know to test their smoke alarms in their homes at least once a month and make sure they have a home escape plan? Let us turn our attention to one marketing device that most millennials possess and that we at Brampton Fire and Emergency Service recently utilized with success: cellular phones.

Watch any group of people walking along a sidewalk; pedestrians under the age of 35 will either be looking at their cell phones or will using earphones that are attached to the cell phone. According to Ottawa-based Media Technology Monitor (MTM), a marketing research group, 90 per cent of millennials own a cell phone compared to 58 per cent of members of older generations. The iPhone leads the way when it comes to smartphone brands, with almost 50 per cent of millennials preferring the Apple product. As for what millennials are doing on their phones, MTM found that 90 per cent of millennials prefer to text rather than make voice calls, and the same percentage use applications or apps, as we call them, on their phone on a daily basis. As for how long millennials use their phones, MTM found the average use was 27.6 hours per week. Clearly, it is evident that millennials are heavily into their smartphones and depend upon them to communicate and receive information they deem important. So, it is no coincidence that when a smartphone app combined childhood nostalgia with new integrated technology, the product became an instant hit with millennials.

This past summer, Pokemon Go swept across the world and at its highest peak, had 135 million daily users with the average player age being 25 years old. Essentially, Pokemon Go works through the use of an emerging technology known as augmented reality. This means that Pokemon Go imposes a live direct or indirect view of a physical, real-world environment whose elements are augmented by computer-generated sensory inputs such as sound, video, graphics or GPS data. Players hunt for Pokemon (the world literally translates to little monster in Japanese) to catch and build up their collection to battle other users for bragging rights. Also, within the game the developer placed Pokestops (locations that players collect items to level up) at various landmarks located in the real world; including public parks, fire stations and monuments. To confuse you even more, players are able to place scent lures at Pokestops that attract wild Pokemon to their location which benefits all players in the area.

With all these reports of Pokemon Go in the news and its huge popularity, our team at Brampton Fire and Emergency Services decided that we had to take advantage of it. Being the savvy millennial of the group, I had already installed Pokemon Go on my iPhone a week before it was available in Canada and knew there were three Pokestops within a two-minute walk of one another right next to one of our fire department buildings. I decided to do a little experiment and placed a lure at the Pokestops near the building on a random weekday, which was one of the hottest days of the summer. The response was nothing short of incredible. In the span of just 20 minutes, 80 or so people congregated near our building; people even pulled up in cars. My colleague and I started casual conversations about home fire safety with the Pokemon Go players who showed up based on the fact that the augmented reality map informed them of the placed lures.

From our informal experiment we decided to advertise, solely on Facebook and Twitter, that we would place lures on the Pokestops on two different dates, for three hours each. The response to our Pokemon lure party was incredible. More than 400 people came out to each event, mostly younger adults, the demographic we have trouble engaging. The attendees enjoyed the wild Pokemon that appeared during the event but also had some great conversations with our public education staff about fire safety. Many of participants said that they learned fire-safety facts that they did not know prior to attending, but also admitted that the main reason for their attendance was the Pokemon Go lures. Pokemon lures are an in-game purchase and cost $2.99 each. Thus, it seems the event produced a mutual relationship between us and the attendees: they got to be around a lure they did not pay for, and we attracted hundreds of people to educate in person for the low cost of $20.99.

Our experience using a smartphone application to educate millennials about fire safety was highly effective, and its low cost made the activity highly efficient as well. A few key points for departments interested in using cell-phone based technology for educating on fire safety:

1. Keep up-to date on trends. If you are thinking about opening a Pokemon Go account and hosting a lure party of your own, you may be too late. The number of Pokemon Go users has decreased substantially since this summer and with the colder weather approaching, users are less inclined to stand outside for three hours. That is why it is important to understand and utilize cellphone apps as quickly as possible, because if you have to wait a month or two before the fire chief approves your idea you may be too late to the party.

2. Focus on the application/technology use as much as you do on fire safety education. Being a millennial, I am comfortable stating that some members of my generation take significant pride in creating a reputation in the online gaming community. Thus, using the example of Pokemon Go, if we did not allow the people who attended to focus on levelling up their character and instead constantly distracted them by throwing pamphlets in their faces and forcing conversation, they would have left and may never attend a future event hosted by the fire department.

3. Know the application you are using and if possible, develop a common interest. It was very important to educate my team about Pokemon Go, including how it worked and how the gaming experience for the user occurred. This was also important in convincing the higher ups about the benefit of using Pokemon Go; I was able to explain step-by-step how the application worked and why it was so popular.

Lastly, it was appreciated by some of the attendees that I knew how to play Pokemon Go and knew the attributes of their favorite Pokemon characters to create outdoor safety signs (see photos). This allowed the gamers to see me more as a peer, which, in turn, made them more open to hearing what I had to say about staying in the kitchen when they cook.

4. Avoid the sole reliance on the traditional social media applications. Yes, Facebook and Twitter are great means of communication. However, Facebook will be 14 years old next year and Twitter just turned 10 years old. It is time to start thinking of using more popular cellphone applications in abstract ways to educate the younger adult generation.

With its use of hilarious facial filters, Snapchat has grown and now has 150 million users daily. Instagram continues to grow and Buzzfeed, a website that started off creating hilarious personality quizzes, has now become the dominant source of news for millennials. If you can think of ways to sneak in a fire-safety message or two, but still keep to the fundamentals of the application, I can guarantee you will see a positive response.

Prior to joining Brampton Fire and Emergency Services in 2009, Phillip Shuster had worked in the private sector as a project manager for a marketing firm with clients including Ford, Microsoft Canada and General Mills. Shuster has a master’s degree in public policy from McMaster University and an undergraduate degree in international relations from the University of Toronto. Shuster is a fire/life safety educator with BFES with an interest in statistical analysis and outreach to diverse communities. Email Shuster at Phillip.Shuster@Brampton.ca