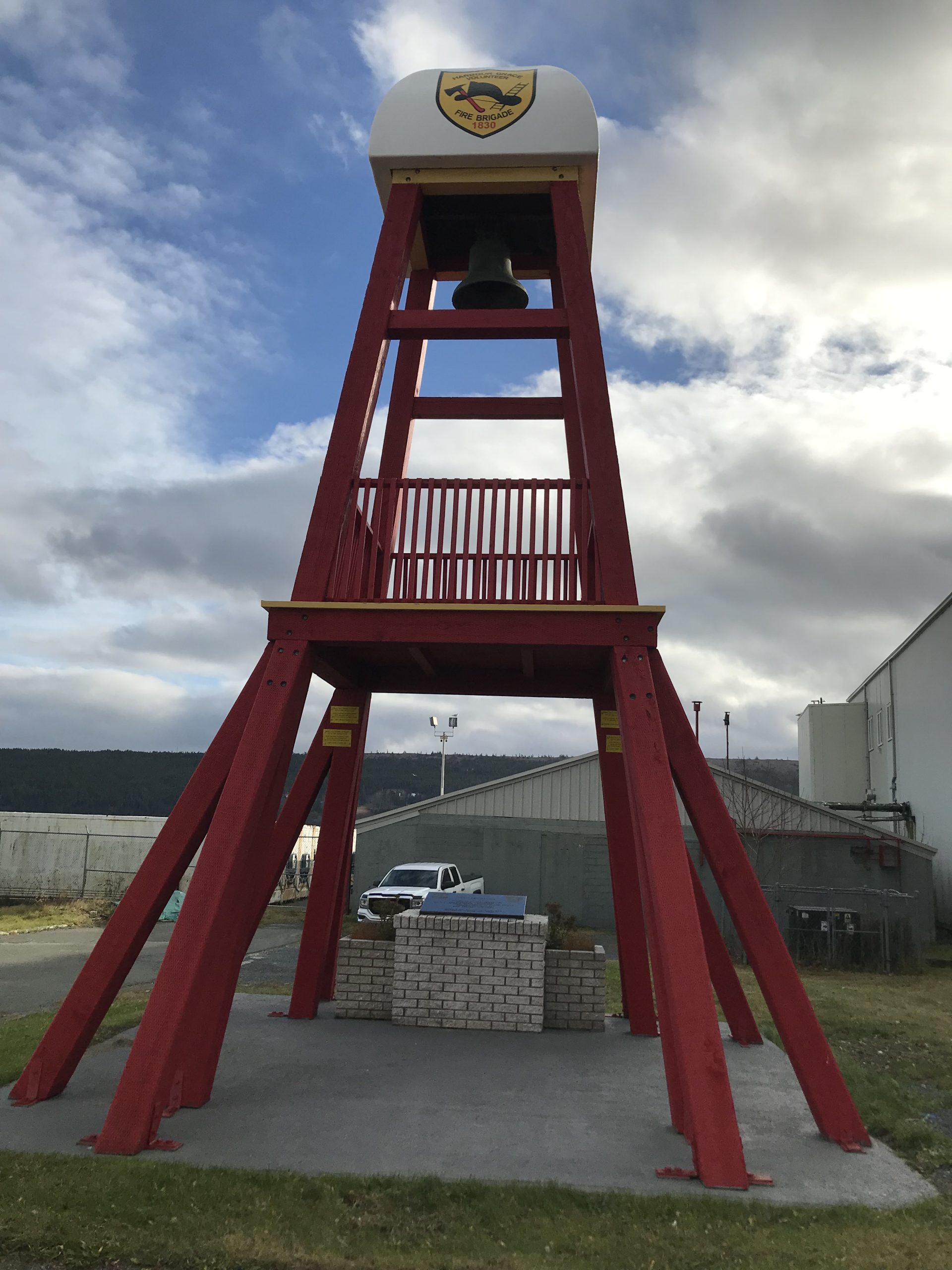 The Town of Harbour Grace boasts the oldest volunteer fire brigade in the province of Newfoundland and Labrador, having been established in 1830 and operating in the present day.

It has been a goal of the Top of the Ladder Club to see the construction of the bell tower for many years. Since then, there have been several avenues tried to raise the necessary funds and  to obtain the manpower needed to complete the project. It was only when the families of three former firefighters (now deceased) were approached that the financial support was attained.  Once this was secured, the committee began sourcing the material needed for the construction and in doing so, found the two local business eagerly willing to get behind the project and would see it to its completion.

In 1869, the first bell tower was installed in Harbour Grace, the tolling bell would signal a call for assistance and the townsfolk would gather for the common good.  The bell tower is the last of its kind and is historically valued because it is a nineteenth century style alarm bell. The elements that embody the nineteenth century qualities of the fire bell, include:

There were three bells at one time used summon help.  One at the foot of Victoria Street, one near Cochrane Street, one on Brown’s Hill in the west end of town.  These bell towers were used to issue calls for assistance, up until the great fire of 1944, when they were replaced by electric sirens.

The Harbour Grace Fire Bell is culturally valuable because it represents an aspect of the long-running volunteer fire brigade. The bell is a standing reminder of firefighter bravery and heroism. Beneath this bell is a plaque which is a memorial to all firefighters and it states:

The Last Alarm, Dedicated to the memory of all deceased firefighters of the Harbour Grace Volunteer Fire Brigade; Also, in honour of the present firefighters who protect our town.

In the closing remarks at the ceremony, this author said: “Today we gather to celebrate the dedication of this bell tower as an symbolic acknowledgement of the work and volunteerism of the members of The Harbour Grace Volunteer Fire Brigade Family past and present. In a town rich in history, it will stand to be remind people of a time when technology was not what it is today but the call for assistance had to get out.”