Features
TIs and search and rescue

Thermal imagers are a key tool for ground search and rescue operations. 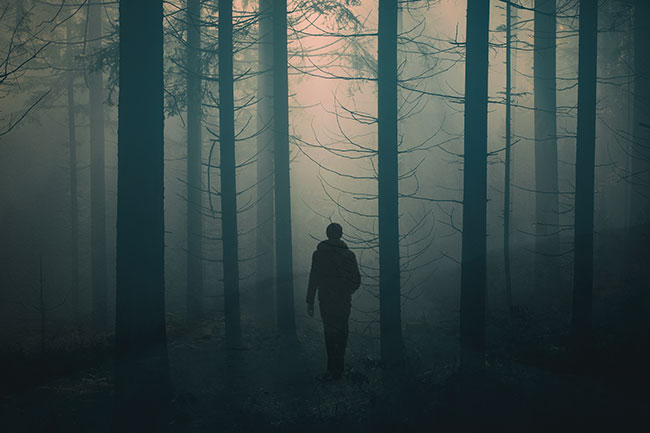 ‘Thermal Imaging Multi-Agency Expansion and Utilization’ is quite the title, but if you ask me, there are other agencies out there that could greatly benefit from the use of TI technology. I am referring to agencies such as law enforcement and ground search and rescue (GSAR) organizations.

Just to quickly recap, TI is the detection of infrared radiation, which we call “heat”, and it will show up on the imager display as white, cooler objects will show up as black and everything else in the display screen will show up as gray, this is what we call black, white and grey scale.

Many GSAR organizations realize the value of using a TI during their search operations and have either received grants or raised funds to purchase their own TI equipment, although others may still need to rely on loaners from their local fire department. While handheld TIs are frequently used on the ground searches, they can also be used in airborne search operations if the aircraft does not have any mounted FLIR (Forward Looking Infrared) equipment.

When handheld thermal imagers are used in an aircraft, it is important for searchers to remember that a TI cannot see through the plexiglass windows, so make sure the window will slide open. In addition, many other of the same principles we in the fire service know about thermal imaging technologies will apply in GSAR applications, such as the various emissivity of items you may see through a thermal imager during a search. For instance, GSAR organizations using a TI during a search must understand that items other than humans may hold and emit heat at various temperatures. During searches, rocks or trees heated by the sun may emit heat that could resemble items or people. In fact, the images shown on a TI screen are showing temperature relative to other surrounding items in the scene. It’s important to understand how to interpret the items viewed on the TI screen, just as we interpret the visuals in the fire service during overhaul. 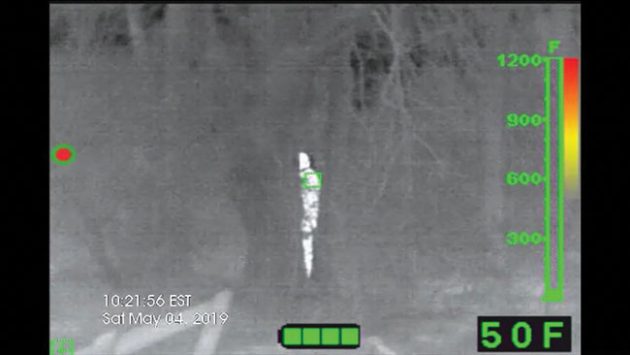 Thermal imager in action for a ground search and rescue operation.

Unfortunately, it happens every year for a missing hiker, hunter, an avid outdoor enthusiast even a small child or a confused elderly person goes missing in an area. The search efforts are led by local law enforcement, which provides their own resources of manpower, K9 units and air support. If the situation becomes critical due to weather or medical conditions additional resources are sometimes called upon such as GSAR teams and even members from the local community not to mention firefighters and paramedics.

Ground searches take time and are exhaustive depending on the terrain such as steep and rocky hills, heavy foliage and bodies of water which will now require additional resources from dive teams.

Using TI as another “tool in the box” can greatly aid search team members by allowing them to cover more ground at a faster pace and much safer for them especially in treacherous terrain. Any TI used can detect from three feet to infinity but realistically up to three to four football fields in length depending on the surrounding background and temperature. We have four seasons: spring, summer, fall and winter, and with each of these gives us a change in temperature. As I said earlier, a TI detects heat, so on a fall day with cooler temperatures you would detect a person who is wandering around and generating more heat at a greater distance. But on a hot sunny day and a victim  resting at the base of a tree may not be seen from as far away. Elevation works best if that is possible to work from as you can cover a greater area of coverage from a single standpoint location. Remember, you are looking for only one thing, a heat signature, which could be a hand or a foot if you are not lucky to see the entire victim due to location.

A simple trick that I learned a long time ago is that when you find something of interest do not take your eyes off of it. If you do you will have to take the time to look for it again…keep your eyes focused on the target, then direct foot resources to that location guiding them with simple directions until they are on site. Remember that the terrain may be extremely rough and they may not be able to see the victim due to ground cover, but you still can! The same idea goes for airborne TI searches as they direct ground resources, same thought process.

Some quick tips to remember:

Like any piece of equipment used, training and practice are key to its success. The next time a ground search and rescue is required for a missing person in your area, I hope that the Authority Having Jurisdiction (AHJ) will consider the use of thermal imaging technology as another “tool in the box” and a valued resource.

Until next time stay safe and train often.