It’s a new year and a new batch of recruits. I have the pleasure of instructing a lot of very able and smart men and women. But, to be honest with you, there will be a few recruits this year who will simply be head and shoulders above everyone else; they don’t just do things, they do them incredibly well. 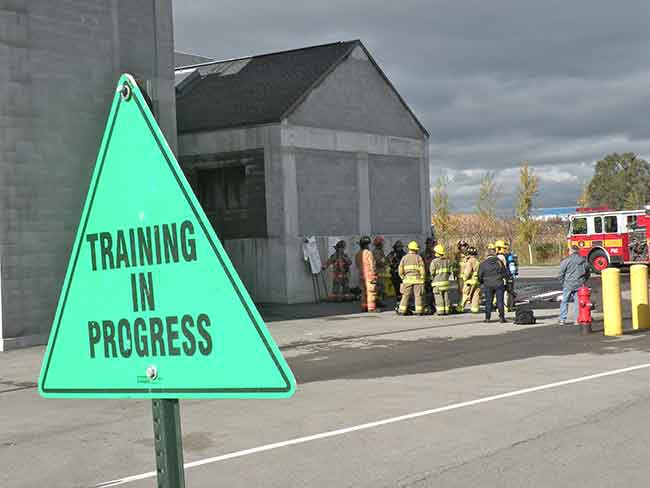 Not all recruits are created equal, and recognizing that truth early on will help you in the long haul.

As a training officer you should face this new year with realistic expectations. Yes, we hope all recruits will do well, but you will have some who just won’t cut it, and that is perfectly fine. Better to lose them during rookie training than in a critical fire situation.

The older I get the less tolerant I am of things and attitudes that rob us of our ability to instill confidence in our recruits. It takes hard work and commitment to succeed (survive) as a firefighter. My son Aaron, a firefighter in Prince George, B.C., says, “Survival is the only benchmark of success for a firefighter.”

I am aware of several fire departments that are steering away from any training that could end in a pass or fail scenario. For those departments, it is all about participation: they are just happy to have people show up. In my opinion, this is wrong: we must not lower the bar; we should, in fact, raise it – make becoming a firefighter difficult, make it challenging, and you will have a higher percentage of success.

I have been accused of setting up recruits to fail; perhaps it is so. I believe we learn from our mistakes, not our successes. So if we don’t provide a safe place for people to make mistakes, how will they learn what not to do? I appreciate people who participate, but a participation certificate isn’t worth the paper on which it’s printed. I worked hard for my NFPA 1001 certification and it hangs framed proudly above my desk.

If you are training with integrity, you will be called on to say seven words that are seen as insensitive by today’s thin-skinned generation: “No, that is wrong. Do it again.”

Before you get offended, consider this question: would you enter a burning building with every single one of your fellow firefighters? I didn’t think so.

Reality check: certain members are better in SCBA than others. Some members may have participated in the classroom setting, but are not well suited to being in the entry team or rapid intervention team.

Self-esteem and confidence can only arise out of an accurate and objective sense of reality – this includes reality about oneself and others. Be aware you will have recruits this year who come from programs in which students get points for coming in first, last, and every place in between. These recruits may have been praised, regardless of whether or not they deserve it, no matter if they hit a home run or made the error that lost the game for their team. That is, if they even keep score at all.

Social media today offers lots of opportunities for people to like things, but I think it is unrealistic not to have a dislike button. I work hard at providing a training environment that pushes, and sometimes drags firefighters to strive for excellence. It is not important that I am liked; I may not particularly like all of
them either.

I provide opportunities for firefighters to learn problem-solving skills. I build a team of men and women who, out of respect for each other’s strengths and weaknesses, work together at getting the job done.

As the training officer addressing the rookie class, I announce at the first meeting that there will be skill tests and written exams. I give the students a list of topics and lay out a time frame in which I expect these topics to be covered. The recruits know from the get-go that some will be cut and that teamwork, character and commitment to excellence are valued.

Instructors who challenge recruits physically and mentally during their training will find that they turn out higher numbers of successful candidates.

One thing recruits need to learn is how to put on their PPE; we teach them about bunker pants, bunker boots, bunker jackets, gloves, balaclavas and helmets. Normally I get the firefighters to set their gear in front of them and stand in a semicircle facing me. I take out my watch as if I’m going to time them and then shout, “Put on your PPE!” I really don’t care about their speed – that will come with practice and they will figure out the order in short time. I’m watching for something else altogether. When I see one or two are close to being done I look at my watch and shout, “Stop! Take it off and do it again!” Again as one or two get close I yell, “Stop! Take it off and do it again!” You can see the frustration growing; several firefighters will look around to see what others are doing, hoping it isn’t their fault they are having to do this again, and again. But eventually I see what I am looking for: one firefighter will reach over and help another with his or her gear. Seeing that I shout, “Stop!” I hear the odd groan but I continue by saying, “Good job, take it off and put it away for now.” I explain that I was looking for teamwork, which in my book is of paramount importance in the fire service.

American philosopher John Dewey said, “Failure is instructive. The person who really thinks learns quite as much from his failures as from his successes.”

Although I expect a lot from our newbies, I give them permission to make mistakes, to fail at some things. I often quote Albert Einstein: “Anyone who has never made a mistake has never tried anything new.”

And being a bit of a cowboy I understand the western logic of the saying good judgment comes from experience and experience comes from poor judgment.

We must develop in recruits a sense to make good decisions and choices. Set the bar high for your recruits. Keep your recruit training time to a six-month minimum and a 12-month max. I heard about a department that kept its rookies training for three years; that, in my opinion, is way too long for individuals to be left at the hall, last on the truck and deemed a newbie. Make the goals clear and obtainable. And above all, do not give false flattery – be brutally honest – it may very well save a life.

And please do not hand out participation awards. Keep it real and respectful to the professionalism of the Canadian fire services. On the fire ground, where it counts, the recruits very seldom rise to the occasion, but they do default to their training.

As always, train as though lives depend on it, because they do.

Ed Brouwer is the chief instructor for Canwest Fire in Osoyoos, B.C., and training officer for Greenwood Fire and Rescue. Ed has written Trainer’s Corner for 14 of his 27 years in the fire service. Contact Ed at ebrouwer@canwestfire.org