Features
Trainer’s Corner: LODDs of influence: why you must practice calling Mayday 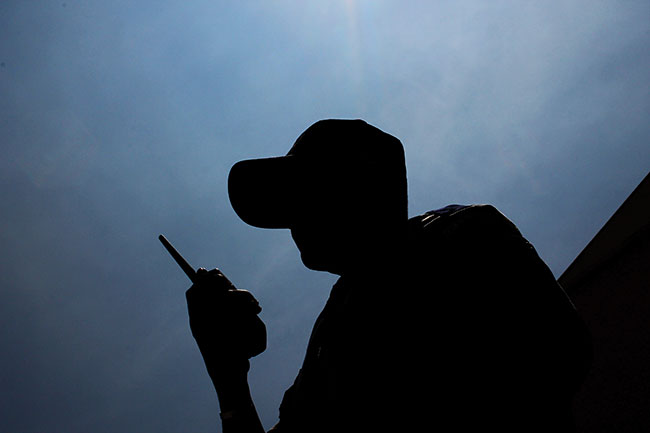 I realize that for some being a fire service instructor is just a role they play as part of the job.  But for myself and a few others I have had the privilege to walk alongside, it was seen as a calling. I have often thought that being a training officer is the highest calling in the fire services.

For those who do not know, this Charleston South Carolina fire I am about to detail was reported as America’s deadliest single disaster for firefighters since the Sept. 11 terrorist attacks.  At about 19:00 on June 18, 2007, fire swept through the Sofa Super Store and warehouse, collapsing its roof, and killing nine firefighters inside.

Water issues, inadequate training, no truck operations, building code violations, communication problems and no incident commander were just a few of the issues cited in the Phase II report, a document that could be considered one of the most definitive and complete post-incident fire analysis ever conducted.

At the conclusion of the panel’s critical analysis, an emotional Chief Rusty Thomas stood before the packed room and accepted responsibility for the deaths of his nine friends. “I knew every single one…I’m so sorry that myself or somebody could not have done something differently that night to bring back those nine guys.”

As I listened to the fire ground tapes and read the 44 pages of radio transmission and phone call transcripts, it became all to clear that the fragmented messages of distress were not heard. There was no Mayday plan in place. Firefighters were unclear when to call for a Mayday and had little if any ideas of what to do to save themselves or assist others needing to be rescued.

Timed pictures of the fire’s development showed heavy smoke and flames from the roof. The firefighters inside had no idea what was going on above them.  The report noted that although they were hearing of deteriorating conditions, none of the chiefs decided to evacuate the store and move from an offensive to a defensive attack. That decision didn’t come until after several disoriented firefighters had been rescued. The report states that there was no accountability whatsoever.

The voices of my influencers told me that they did everything according to their training. And that, my friend, is the problem. When chaos breaks loose on the fire ground, your members will not rise to the occasion – they will default to their level of training! Sadly, in this case it was inadequate training.

The final analysis indicates that the Charleston FD failed to adequately prepare its members for the situation they encountered at the Sofa Super Store fire.

Here is the timeline to evacuation:

There are several heart wrenching times when you know a mic is being keyed and all you hear is radio static and PASS alarms. Note: It wasn’t until two hours later (22:00) that search and recovery began.

Before we get too critical, let me ask you, what is your department’s Mayday policy? If you do have one, do you train on it? Have you instructed your members in firefighter survival tactics? Do your members carry rescue tools in their bunker gear pockets?

It is my heart felt conviction that both firefighters and officers must experience what it may be like to call a Mayday before it is the real thing. If your members put on SCBA and enter IDLH environments, you must drill on calling a Mayday.

Why is it so difficult to get a firefighter to call a Mayday? We canot treat speaking about Mayday to our firefighters as a young parent might in talking to their children about the “birds and the bees”. Our discomfort in talking about “it” tends to leave it up to the kids to find out from their street friends.

The way firefighters react to a situation is based on training and experience. If they do not have “Mayday calling” in their experience, calling a Mayday will not come naturally when the need arises.

Mayday comes from the French term m’aider, an imperative that means help me. Mayday was adopted as a distress call by the International Radio Telegraph Convention in 1927. In international radio language, “Mayday, Mayday, Mayday”, means “Life is in danger. Immediate help needed!”

It is ludicrous to think that the average firefighter practices tying knots more than calling Mayday. How many funerals do we need to attend? If a task has a low use level but very high consequences for failure, that task must be taught to the highest level of performance and drilled continually to maintain competency. We are talking about the greatest resource in the Canadian fire service — our firefighters.

Among the 272 pages of the NIOSH report were the following lines: “The communications process was not controlled. The Fire Chief, the Assistant Chief, and Battalion Chief 4 were all issuing orders and providing direction independently, using a single overloaded radio channel. Critical messages, including distress messages from firefighters inside of the structure, were not heard.”

The admirable “can do” attitude of Canadian firefighters is both a blessing and a curse, a strength and a weakness. Perhaps it is time we gave permission to our firefighters to call a Mayday. It does not matter what the rest of Canada does, it boils down to what each individual department trains its members to do. We are each responsible for our own house.

Let me get back to my influencers before I close off this edition’s contribution. I discovered that six of the nine firefighters never called for help, and that one had no radio.

Ladder 5 Capt. Kelsey’s last transmission was only three minutes after arriving on scene. He did not bring his portable radio with him when he entered the building.

Eleven minutes after arriving, Capt. Hutchinson made his last radio transmission. Capt. Benke’s last transmission (not audible) was 21:18 minutes into the fire, followed immediately by Thompson’s audible call for help at 21:20: “This is Thompson. We need some help….”

Only one firefighter (French) actually called a Mayday at 23:13 and activated his emergency alarm at 25:33 and 29:04. French’s Mayday was not heard on the fire ground. The communications centre immediately notified the IC when the firefighter’s emergency button was activated. Yet, six minutes waiting, hoping, and praying for a response to the call for help, was to no avail. I get a cold chill thinking of him calling for help not once but three times and no one responding.

I used the word praying because of something that I have carried in the slideshow of my mind for over a decade. It revolves around my friend, Firefighter Melvin Champaign, (46).

Nineteen minutes into the call, the transcripts clearly show firefighter Champaign calling, “Which way out?” A few seconds later, “Which way out?” then, “Everybody out.” One minute later, “We need some help out.”  Several seconds later, “Firefighter needs some help out…lost connection with the hose.” Then, possibly, “I’m in the building.” Another transmission was inaudible.  Then we read that Car 5, in response to another transmission, says to dispatch, “We have the man out.” Champaign is heard saying, “What? Can you hear me dispatch?”  Thirty seconds later, French calls a Mayday.

There is an unknown transmission of a firefighter saying, “I love you.” Then you hear a PASS going off in the background. Then, Champaign says, “In Jesus’ name …”   He is praying to God on the radio because no one here on earth was responding to him.

There are three more transmissions from Champaign, none audible – one just breathing. Twenty-eight minutes and 21 seconds into the call marked the last transmission for Champaign.

I am not trying to be dramatic, but I’m tearing up, that familiar lump in my throat is forming. Eight minutes of calling out for help, 10 calls for help, nine keyed mics, one last breath and no one came to his rescue. No one even acknowledged hearing him, yet it is right there in the transcripts.

What was clearly heard in the background of 52 transmissions was a PASS. The first PASS was less than eight minutes of arriving on scene, the last was heard 59 minutes into the incident.

Forgive my bluntness, but what is the point of having a PASS if there is no response to one going off?

Have we become so accustomed to the PASS going off during practices that we don’t even hear it for what it signifies? Why doesn’t the fear of God grip our heart when we hear a PASS going off?  Come on, I can’t be the only one who is moved by the fact that for 59 minutes, 52 transmissions had PASS alarms in the background sounding, yet no response!

The only individual who understood and reacted to the urgent radio messages was an off-duty battalion chief who heard the radio traffic on his portable radio. His attempt to contact the IC by radio at 19:30:27 failed.  He drove to the fire and at 19:33 and had a face-to-face with the IC.

That was the first recognition that firefighters were in trouble inside the building.

During my years as a trainer, I became connected with the ghosts of approximately 80 firefighters, not in a sci-fi way, but in that I allowed their story to work its way into my brain’s slideshow. I studied them, listened to hundreds of hours of dispatch transmissions, read page after page of transcripts and reports. I studied their LODDs and built training mazes and props to teach survival skills.

For several years I traveled with our Firefighter’s Ghost Maze. This was a hard-core, hands-on maze that tested the firefighter’s willingness to call a Mayday. At our first showing in Oliver, B.C., only one department out of the 50 had trained sufficiently in this area. Only one out of 100 firefighters knew how to and when to call a Mayday! We handed out one ‘Congratulations’ card and the other 99 got ‘Deepest Sympathy’ cards.

I encourage you to address these issues with your department and to implement training programs that incorporate these conditions and procedures for overcoming them. Practice calling a Mayday over the radio. Blindfold the firefighters. Have them wear gloves, hand them the radio and see if they can turn it on, get the correct channel, push the emergency identifier button, push the talk button, and verbally call a Mayday. Have someone on another portable radio serve as communications and receive the information: Who is calling? Where are you? What is the problem?

Every time you have live-fire training, place crew members in a situation in which they must make the Mayday decision for themselves. If we want ‘RIT’ and ‘Saving Our Own’ to work, we need to give permission to our firefighters to call a Mayday.

Just as you must wear your seatbelt to have it protect you in an accident, you must call a Mayday for the RIT to come to get you out. The big question is, will your members do it?

I thank you in advance on behalf of all the future Canadian firefighters who will go home safely after each call. Until next issue – remember to train like lives depend on it because it does. I beg you…let no firefighter’s ghost say their training let them down.  4-9-4  — Ed Brouwer.

Editor’s note: Ed has been writing the Trainer’s Corner department for Fire Fighting in Canada for 22 years. Thank you for the decades of sharing your knowledge with your fellow training officers across Canada!