This year marks the thirtieth anniversary of the Horticultural Technologies fire in Kitchener, Ont. (March 1987). It is in memory of the emergency responders who lost their health and later their lives in this horrific industrial fire incident I present this month’s column. First, a word of thanks to a young Kitchener firefighter, Timothy Ritchie, who reminded me of the anniversary. 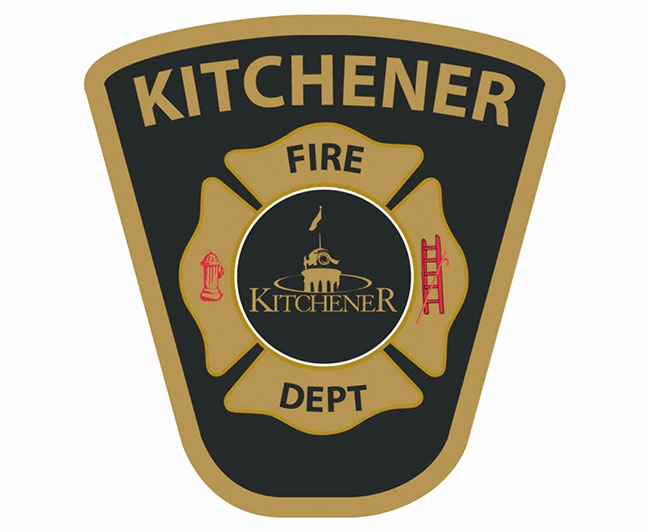 The manufacturing process involved the use of phenol formaldehyde resin, Freon gas and phenol sulfonic acid.

■ Fire incident
At 13:03, on March 6, 1987, the Kitchener Fire Department (KFD) responded to a fire at Horticultural Technologies.

Upon arrival, the first pumper – commanded by Capt. Edward (John) Stahley – reported the fire had almost entirely consumed the interior of the manufacturing area of the structure and was about to break through the roof.

For more than an hour, firefighters battled the fire, unaware what chemicals were present. It took the plant manager an hour to arrive with a list of the chemicals in the building. Unfortunately, the manager did not provide much useful information, other than to explain that the operation manufactured items for the floral industry, primarily something called oasis floral foam.

Firefighters managed to prevent the drums of phenol sulfonic acid from exploding by cooling them with water.

The fire progressed; through the night, multiple alarms were called. All but two units in the city were committed to the fire.

Smoke and fumes forced the evacuation of about 12 employees from a nearby trucking company.

The Ontario Office of the Fire Marshal reported that there were no significant injuries that resulted from the fire at the time, other than Capt. Ed Stahley, who attended a hospital emergency room for an examination because he had turned a greenish colour. According to various reports about the fire, the green dye used in the manufacturing of the oasis foam caused Stahley to take on a green tinge. He was given a clean bill of health at that time.

I had the privilege of speaking recently with firefighter Mark Stahley (Ed Stahley’s son), who was in his second year with KFD at the time of the fire. Mark and his dad passed each other as the first shift changed; neither had any idea of the life-changing effects the fire would have on them and their department.

■ The fallen
Mark told me his dad had started his career with Kitchener Fire Department on March 6, 1961, and 26 years later, March 6, 1987, was the beginning of the end of his career.

And here is that tragic story; it didn’t take long before the firefighters who attended the Horticultural Technologies fire began to die.

The first to die was firefighter Dave Ferrede. Dave was a fitness and health nut. He was often teased for eating nuts and berries. He was an avid cyclist, driving his bike through the winter using studded tires. Ferrede, along with many other KFD members, played hockey in the Southern Ontario Firefighters Hockey League. Kitchener had a team in the C division, which was pretty competitive. In April 1989, in a divisional title game near the end of the third period, Dave scored the winning goal, locking up the division title. Two weeks later, Dave, 32, went on sick leave and was subsequently diagnosed with primary liver cancer. He died within six weeks.

Dave was the first to die but tragically not the last. He was followed by Capt. John Edward Stahley who, after being diagnosed with primary liver cancer, died in July 1990 at age 57.

During the summer of 1989, Sgt. Lloyd MacKillop of the Waterloo Regional Police Service, who had been the supervising police officer at the fire, developed cancer. He died in May 1990 at age 48.

Firefighter John Divo, who was the local union president, was diagnosed with terminal cancer in his lungs and spine. He died in April 1990 at age 46.

Firefighter Henry Lecreux was diagnosed with Parkinson’s disease. He died in February 1993 at age 52.

The following spring, William Misselbrook, who was the day-shift platoon chief at the fire, died of liver cancer. He was 64.

Several other firefighters who attended the blaze have skin cancers, prostate cancer, Parkinson’s disease and many other health problems.

■ The legacy
I asked Mark Stahely if there was something he would like to say to you who are reading this. He replied, “I feel firefighters are still taking too many chances. Needlessly aggressively attacking a fire when no lives are at stake and realistically little chance of saving the building.

“I’ve seen too often firefighters letting curiosity get the best of them and wandering through fire scenes they don’t need to be in. Remember, most cancers are caused by the cumulative effect. The more you expose yourself or those you command, the greater chance of illness. This is a deadly career, be smart and stay safe.”

I usually save my amens for Sunday, but amen Mark. Good advice for all of us. By the way, Mark suffered a stroke within 10 years of the fire in 1987; he was told his toxin levels were 10 times normal.

Brothers and sisters, so many of these brave men and women were never honoured with a line-of-duty-death ceremony, dying without any form of recognition worthy of their sacrifices, quietly struggling through their cancers and strokes and Parkinson’s disease,  without support or recognition. Far too many firefighters are dying shortly after retirement from complications they incurred on the fire ground 10 to 20 years prior.

Please allow me to forego my usual closing and present you with a different challenge: stop what you are doing, close your eyes and take a moment of silent reflection in honour of those who have gone on before us – if not for them, for their families, because although the incident and the subsequent deaths were years ago, I am sure for them it all seems like yesterday.

Rest in peace brothers and sisters.

Ed Brouwer is the chief instructor for Canwest Fire in Osoyoos, B.C., and training officer for Greenwood Fire and Rescue. He is also a fire warden with the B.C. Ministry of Forests, a wildland urban interface fire-suppression instructor/evaluator and an ordained disaster-response chaplain. Ed has written Trainer’s Corner for 16 of his 28 years in the fire service. Contact Ed at ebrouwer@canwestfire.org