Three Toronto firefighters are living proof that training pays after they were forced to use an emergency evacuation technique to remove themselves from a blazing second-storey bedroom.

Toronto Fire Captain Mark Fitzsimmons, along with firefighters Geoff Mortimer and Mark Ashcroft from Toronto Fire Service pumper 223, found themselves in the untenable position after advancing a line up a 24-foot ladder into a second floor bedroom to check for fire extension. The fire, which eventually went to three alarms, had started in the basement of a home at 181 Raleigh Ave. in the city’s east end and spread up the walls to the second floor. Surprisingly, there was little indication of fire spread on the first floor as the crew from pumper 223 climbed into the second floor bedroom for a second time. 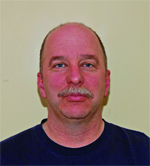 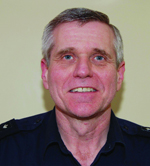 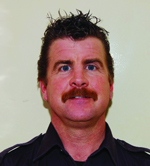 Mortimer recalls “It was hot, hot fire. We went in, did our initial search and then when we went back in with a hose line we discovered flames coming up the wall. We hit the fire for maybe 15 or 20 seconds and then the flames curled up over the ceiling and we knew it was time to get out.”

Ashcroft was first to the window. “It got pretty hot very quickly. I went out feet first and got stuck and was blocking Mark and Geoff from getting out. I was thinking ‘I gotta get out of here because if I’m hot outside they gotta be really hot inside.’ I was just trying to get out of their way”

Conditions were deteriorating rapidly inside and, to complicate matters, Ashcroft had to remove his SCBA to get unhooked from the window. Said Fitzsimmons: “I was thinking, how we are going to get out of here? We got to the window and Mark was jammed so we couldn’t get out. So I pushed my emergency button and the RIT crew responded and then my training just kicked in. I came down the ladder head first, which is the way they train us to do it and that allowed Jeff to come down behind me”

It was indeed Fitzsimmons’ training that worked. The ladder had been placed so that it allowed the firefighters to perform the manoeuvre known as a rapid ladder escape to perfection. Fitzsimmons and Mortimer were able to glide quickly down the ladder and reach the ground uninjured. Within 30 seconds of their escape the room was fully involved.

Additionally, when Fitzsimmons pressed his radio emergency button, it alerted the RIT team, which was positioned directly across the street, and the team quickly moved in to assist Fitzsimmons, Ashcroft and Mortimer as they reached the ground.

Rapid ladder escape is a component taught as part of firefighter rapid intervention training  in the Toronto Fire Service. More than 1,800 front-line Toronto firefighters have completed the 24-hour, hands-on course in the past three years.

The training module was the brainstorm of Geoff Boisseau, an acting captain with Toronto Fire, who researched how rapid intervention training systems were taught and implemented in other North American cities.

The training is divided into two main sections. The firefighter survival component teaches emergency hose slide escape along with rapid ladder escape. The remaining survival exercises emphasize SCBA situations such as emergency air management in difficult conditions, and there is a well received component that teaches firefighters how to escape from serious SCBA entanglement situations.

After viewing the video of the Raleigh fire, Boisseau says he feels a sense of vindication. “There was some initial opposition to the rapid ladder escape component of our RIT training plan from both management and firefighters.

Some said they would never use it in a million years, so the video of the Raleigh escape reinforces that this training does work and can save firefighter lives”

The final reinforcement comes from firefighters Fitzsimmons and Mortimer. Both men said they would never have attempted to escape head first down a ladder had they not done it during a training session. Fitzsimmons added, “If we had to escape that room the conventional way, we would have definitely suffered some burns. It was our only and safest option”

The training has been so well received that Boisseau has been asked to help set up a train the trainers course to be taught at the Ontario Fire College so firefighters province wide can have access to this valuable resource.

Keith Hanley is a senior news videographer for CTV television in Toronto.  He has been covering the activities of the Toronto Fire Service for more than 35 years.