The Equity, Diversity and Inclusion Celebration Series Episode 4 will be held June 28 at 3:30 pm EST. Fire Fighting in Canada’s editor Laura Aiken will introduce this episode, which will vocus on volunteer chiefs and be moderated by Chief Keri Martens, the first woman board member of the CAFC and chair of the CAFC’s Diversity and Inclusion Committee. Chief Martens will be joined by special guests Parliamentary Secretary Gudie Hutchings, Fire Chief Jeannine Caldbeck from Thetis Island, B.C., and Deputy Chief Ivana Irwin from Leduc County, Alberta.

Jeannine Caldbeck has been with the Thetis Island Volunteer Fire Department for 25 years in the department and has spent 16 as the Fire Chief. Caldbeck spent 19 years as paramedic for British Columbia’s provincial ambulance service. She is a biology field assistant conducting herpetological research both tropical and provincial. Caldbeck is a BCIT and University of Victoria graduate, President of the Cowichan Valley Fire Chiefs Association , Director of the Vancouver Island Fire Fighters Association, Chair of the FCABC Diversity & Inclusion Leadership Committee and a member of the CAFC’s Answer the Call committee. 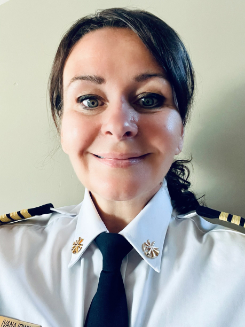 Ivana Irwin started her fire career in a volunteer service in 2007. She was a full-time nurse at the time with a youngest child having just turned one year old. Irwin was recruited at a town hall meeting, where she happened to be sitting with a member of the fire department who was intrigued with the medical skills she could bring to the station and with the idea of her being a female firefighter.

Irwin was hooked after her first call. She worked her way through the ranks, and held the position of fire captain for 10 years. Throughout the years, she maintained her primary career as a nurse, as most volunteer firefighters do. She led her local fire association as president for eight years, took on the training officer role for the district and then started advocating for the development of a peer support team within the fire service.

In 2019 she was selected for the role of Deputy Fire Chief of Emergency Management and Training position with Leduc County Fire Services in Alberta. She continued to advocate for mental health in the fire service and has maintained a strong voice regarding diversity and inclusion issues in the fire service. Irwin is an active member of the department’s peer support team, a Road to Mental Readiness and Psychological First Aid instructor, continues to work in the medical field to retain those skills, alongside trying to keep up to the busy lives of her three teens. 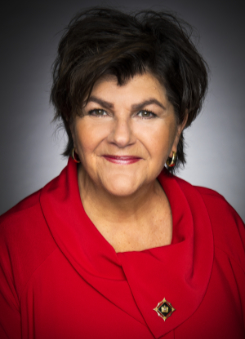 Gudie Hutchings became the Member of Parliament for the riding of Long Range Mountains in October 2015. With her strong community ties, varied business experience and commitment to Newfoundland and Labrador, she was appointed by Prime Minister Trudeau as the Parliamentary Secretary for Small Business and Tourism in 2015, and later served on the national Security and Intelligence Committee of Parliamentarians. In 2019 she was appointed Parliamentary Secretary of Women and Gender Equality and Rural Economic Development.

Born and raised in Corner Brook, she is proud to call the Humber Valley of Newfoundland and Labrador home. Gudie’s focus on consultation and consensus-building makes her a strong voice for business owner, workers, and families of Long Range Mountains.

Gudie has a passion for rural Canada and, in all her pursuits, has focused on developing and retaining local employees and promoting sustainable environmental practices. Since being elected, she has worked to the issues of rural areas to the forefront, champion the tourism industry, and work hard on issues related to women and gender equality.