For years, municipalities have complained about the high cost of firefighter salaries and benefits and the arbitration process that awards them. 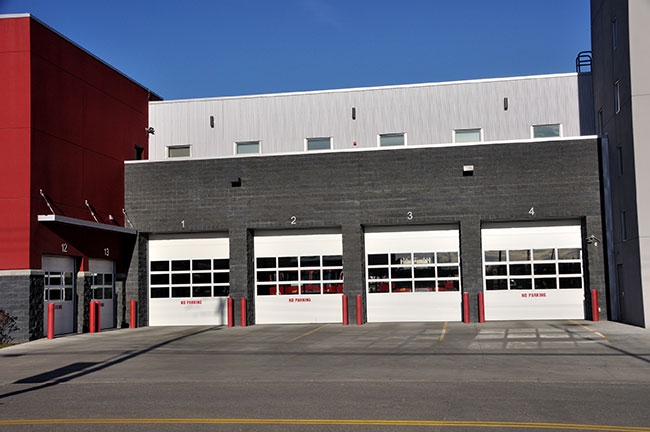 Firefighters associations are generally well prepared at the bargaining table and at arbitration. Municipalities and fire chiefs When it comes to labour relations

There are countless examples. In January, Fredericton Mayor Brad Woodside said council might have to make cuts to afford to pay the city’s most senior firefighters the $78,000 they were granted by an arbitrator – about $10,000 more than under the previous contract.

“If things start to get tight, the only control that we have over the fire department outside of binding arbitration is [to cut] a number of people, a number of facilities,” Woodside said, noting that the arbitration process itself cost the city $255,000.

Cutting firefighters and closing stations or taking trucks out of service can be politically explosive, as was the case in Corner Brook, N.L., in 2012 when firefighters were awarded a retroactive 16-per-cent pay raise over four years, immediately followed by layoffs. Layoffs, of course, are perfectly legal, but municipalities are often reluctant to cut firefighter positions given the generally unfavourable union response and negative media coverage.

Along with mayors, councillors and organizations such as the Association of Municipalities of Ontario (AMO), Fredericton’s Woodside is critical of the arbitration system that metes out salaries, shift changes, and benefits, often based on what everyone else is doing and, many politicians say, with little regard for the municipalities’ ability to pay.

In Ontario, AMO has asked repeatedly for change – including time limits for pre-hearings and arbitration decisions, and a clearer definition of ability to pay.

But John Saunders, a prominent fire-services lawyer in Canada, says municipalities are contributing – albeit perhaps unknowingly – to the vicious cycle of request-ruling-request and need to get a better handle on the bargaining process and the impact that one city’s actions can have province-wide, even nationally.

Take the 24-hour shift. Arbitrators look at it this way: If the shift has become normative and pervasive (which it has in Ontario), there have been no complaints about firefighter health and safety, and if the firefighters want it, then, generally, the firefighters get it.

Municipalities – in Ontario at least – that oppose the shift, have argued that it creates problems for staff training and scheduling but have been unable to demonstrate to arbitrators that it is dangerous for firefighters. The issue has gone to arbitration in several Ontario municipalities and in each case the arbitrator has ruled in favour of the firefighter associations seeking to change to the 24-hour shift or wanting an extension beyond a trial period.

According to Saunders, many municipalities come to the table lacking the necessary tools, while firefighter associations share information and have become masters of the arbitration process.

“It’s like bringing a knife to a gunfight,” one former fire chief said of municipalities’ naiveté compared to the associations’ savvy.

Further, municipalities are giving in to association asks with little understanding of the greater impact of their actions. In Ontario, for example, firefighter association are requesting post-65 health benefits for retired firefighters and some municipalities have agreed, figuring if they anted up in one area the associations would back down in another.

Not so, said Saunders, a partner with the Toronto firm Hicks Morley.

The cities of Toronto, Ottawa, Vaughan, Windsor and Oshawa had longstanding retiree benefit plans for life. Recently, Hamilton, Oakville and Sarnia freely negotiated post-65 health spending accounts: the union asked, the corporation agreed, and there was no arbitration.

Associations in five other municipalities also asked for health spending accounts, but the issue went to arbitration. In all cases, the perk was not awarded by arbitrators, based on the corporations’ argument against it – the cost – and because such accounts are not the norm. In Toronto and Windsor, arbitrators reduced the benefits for life by limiting the benefits to age 75 for new hires, among other things.

“There have been a series of interest arbitration boards that have denied post 65-benefits,” Saunders said in an interview. “Those benefits are very expensive and so the question is can the municipality, given the economic times, afford to be giving this generous benefit to its firefighters, and the choice in Ontario is no they can not.”

Firefighters associations are generally well prepared at the bargaining table and at arbitration. Municipalities and fire chiefs

But, Saunders warns, if municipalities continue to freely negotiate these benefits at the bargaining table, arbitrators will have no choice but to award them.

“Municipalities that freely negotiate requests are setting trends,” Saunders said. “Be careful what you give away.

“If a request is not normative and pervasive, just say no.”

Further, Saunders said, it’s crucial that fire chiefs and human resources managers who are at the bargaining table find out what is normative in comparable municipalities.

“Some of that research means talking to your colleagues in human resources and the provincial fire chiefs associations,” he said.

Bruce Montone has considerable experience with interest arbitration, as deputy fire chief in Ottawa and now chief in Windsor, where the most recent arbitration ruling took eight-and-a-half years. The nine-year deal added just under $20 million to the fire department’s payroll. As part of the agreement, new firefighters’ benefits end at age 75 while those hired before the ruling will receive benefits for life.

Montone says associations are being well schooled by the International Association of Fire Fighters (IAFF) to push health and safety – items such as post-65 health benefits.

“There’s no question,” Montone said in an interview, “that the associations are very much driving the firefighter-safety agenda.

“And they’re being reasonably successful, because I think that some fire chiefs don’t necessarily appreciate the politics involved.

“Ultimately, I think where the cultural change is happening is in the area of accountability – how we expend the resources we’re provided is so different than 20 years ago. That cultural change has finally caught the attention of the associations and that’s what’s causing them to drive their agenda relative to firefighter safety and working conditions and the associated benefits.”

Alex Forrest says he believes there is public support for extended health coverage. Forrest is president of the United Firefighters of Winnipeg and the Canadian trustee for the IAFF.

In Manitoba, interest arbitration for firefighter contracts is rare – about 95 per cent of contracts are bargained, including post-65 benefits.

“One of the things we find is firefighters retire much earlier than general population,” said Forrest, a lieutenant with the Winnipeg Fire Paramedic Service.

“As you work through your career, it takes a toll on your body, so firefighters are retiring earlier. So firefighters are saying ‘We’re having to come forward and bargain for these things because when you retire earlier you’re potentially putting yourself in financial distress.’ ”

“When you retire earlier or have to go on long-term disability you are not allowed the same financial comfort that other employees have who are able to work longer.”

Carmen Santoro, president of the Ontario Professional Fire Fighters Association, says health benefits for life should be a given.

“I know it’s on everybody’s table,” Santoro said in an interview. “We feel that firefighters spend a major part of their lives protecting the community and putting their lives at risk and I imagine that the average person on the street doesn’t know that firefighters have no benefits after 65.

“People expect to have benefits to death; I think it should have been part of our benefit package decades ago. I came from private sector and I was shocked to see that I didn’t have a benefit until death when I retire from fire fighting.”

According to Saunders, associations are also broadening their asks to include more categories of health coverage – physiotherapy, chiropractic care, massage therapy, podiatry and psychology.

Also on some association lists are premium pay for training and working statutory holidays, the addition of Family Day as a 13th or 14th holiday, a seventh week of vacation, and no loss of pay for permanent accommodated work even though the duties performed would normally pay at a lower rate of pay.

Other requests include teeth whitening as a benefit, eight weeks of paid leave of absence before retirement, and four paid emergency leave days.

Municipalities, too, have expanded their asks to include longer probationary periods and termination without cause, the ability to act outside the bargaining unit for up to six months and retain seniority (this was awarded in Kitchener), and contracting out of communications, mechanics and equipment repairs.

Corporations also want to expand the roles of their firefighters – to have suppression firefighters do prevention activities including pre-plans for buildings, and participate in smoke-alarm programs.

Layoff language is another municipal concern. Corporations want layoffs in reverse order of seniority by classification.

And then there are wages.

After 18 months of arbitration, Mayor Berry Vrbanovic said the system is broken – a familiar refrain among municipal leaders but one that even Montone questions; he argues that better education and preparation is needed.

Regardless, over the last several years, arbitrators have awarded firefighters salaries that are higher than most of their municipal counterparts, albeit in line with police. Saunders says that trend may be petering out.

In a presentation to the Ontario Association of Fire Chiefs labour relations seminar in January, Hicks Morley lawyers noted that economic factors including lower oil prices, the Harper government’s commitment to eliminating the deficit, and the departure of baby boomers from the workforce – resulting in a smaller and less productive workforce, which will reduce momentum in the global economy – will hurt municipalities’ ability to pay the salaries demanded by firefighter associations.

Further, the lawyers said, other public- and private-sector groups are being awarded significantly lower increases – between one per cent and two per cent.

Which, Saunders, said, will become the norm.

Earlier this year, firefighters with the City of Peterborough were awarded a 1.5 per cent increase in the final year of a three-year contract.

Although the increase is similar to that awarded to Peterborough’s police, Saunders said the decision is precedent setting.

“That’s a fundamental change from an interest arbitrator with regard to salaries,” he said.

Santoro says the decision is not a big deal – the association simply asked for parity with police, and got it.

A similar decision was expected at press time for the Toronto Police Service; the numbers, Saunders said, may be favourable to the municipality and will likely drive police-service salary awards across the province.

“Which, in turn,” Saunders said, “could have a significant impact on the fire departments.”

Even if that happens, Saunders warns, the high cost of compensation for firefighters is forcing some municipalities to review their master fire plans to determine if there is a more cost-effective way to service local needs and circumstances.

“So, bluntly, that means that some municipalities are looking at whether or not a composite model would more effectively and from a performance perspective provide appropriate fire-protection services in their communities as opposed to a full-time model. Right now there are a number of municipalities looking at that in Ontario.”

An equally frustrating issue for municipalities is salary compression, or the difference between the highest-paid members of the bargaining unit and the lowest-paid managers.

“By the time you have a captain or a platoon chief’s salary, with the addition of [retention pay] on top of that, and a little bit of overtime, they are often making a total compensation package similar to if not higher than the deputy chief who supervises them,” Saunders said.

Municipalities are then obligated to pay higher salaries for deputies and chiefs, whose paycheques become equal to those of senior municipal staff. And that, said Saunders, causes friction.

“You have a CAO who’s in charge of this whole municipality and asking why is the fire chief going to be paid as much as he is,” Saunders said.

“There is no solution.”