Too often I’ve heard that things are just not the same as they were back in the day. In fact, I’ve caught myself saying that on more than one occasion. I suppose that comes with age and, in the fire service, it’s always easy to compare the way things are with the way things used to be. Our world is constantly changing and, at times, it’s hard to keep up. 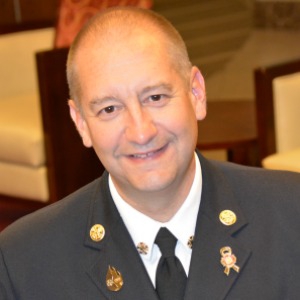 Do you share the opinion that today’s firefighters face many different challenges, and that today’s fire departments are very much different than those of the past? Take, for example, the demand for training and the response to many more and different events; not to mention the competing demands on a volunteer’s time.

When we talk about the challenges we face as volunteer departments, we have to consider that what we did back then is known only because we have senior people in our departments who have either experienced it, or heard about it from now-retired firefighters. But today, things change so much faster, and today’s firefighters don’t have time to learn, absorb or understand how and why things used to be.

When today’s firefighters joined the hall, alarms and medical calls were normal; when I joined, they weren’t. While we see the service as old and steeped in tradition, it really was always new and changing all the time. Today it just changes a little faster.

Most children around the age of eight likely know how to use a computer or digital camera and can run circles around most of us in a video game. Our first reaction is to marvel at how kids know so much more than we did at that age, how advanced they seem to be. But when you think about it, we were advanced at that age too, because none of that stuff was around, and our world then didn’t change as fast as it does today. But that world was still evolving, we just didn’t find out about it because we had very limited access to information about the world around us.

The youth today have access to so much more. They are adaptable to and accepting of change, primarily because things evolve more rapidly now so they don’t have time to become accustomed one thing, which is all the more reason to find the balance in the way things were and the way things are. It’s also important to remember that everything will be different tomorrow and today’s fire service will become yesterday’s to many.

I recently conducted a survey by email to the member departments of the Fire Chiefs’ Association of BC. In it I asked two simple questions: “How many members are in your department,” and “what is the average age?” This little poll was targeted at volunteer departments and generated some interesting results.

In the 68 departments that responded there are just over 1,700 volunteer firefighters, and an average of 25 members per department. The average age of those firefighters is just over 40. This begs the question, where will the fire service be in 10 years? Are we bringing in enough younger members and is that really what we want? Most of us know that, as with life, fire fighting is about balance. We balance the young with the old, the rookies with the experienced, and all is good. While the younger volunteers may be fit and nimble, they may not stay around long enough to gain the experience and knowledge that we need to teach them.

The fact that today’s volunteers never knew the old department is a testament to advancement. However, there are those of us who still need to remind them that we once had a fire siren instead of a pager, and that tall boots and a long coat were called turnout gear.

This shouldn’t, however, hold back tomorrow’s firefighters, no matter their ages. They are coming into a new normal and it’s up to all of us to foster and embrace that normal. History may be the glue that keeps us together but be prepared to tack on a few new pieces. As with any work in progress, this project is far from over.

Tom DeSorcy became the first paid firefighter in his hometown of Hope, B.C., when he became fire chief in 2000. Email Tom at TDeSorcy@hope.ca and follow him on Twitter at @HopeFireDept