Features Training
Back to Basics: January 2016

For the past eight years, this column has explored the rapid intervention team (RIT) and the many aspects of that important fire-ground assignment. As we begin a new year, I want to turn our attention from rescuing other firefighters to rescuing ourselves. 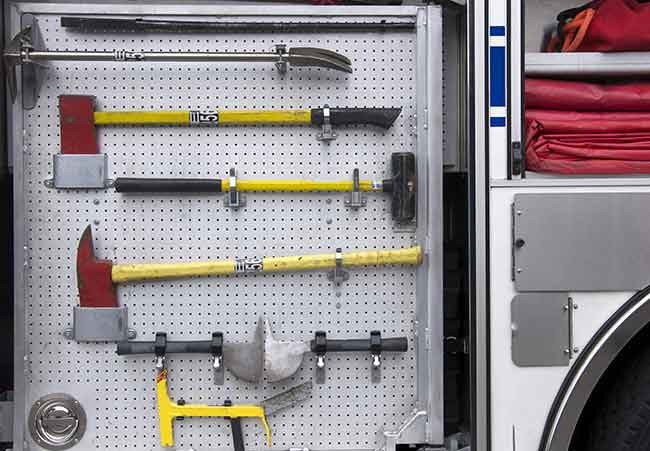 Carrying hand tools such as a Haligan and flat-head axe will help firefighters to survive and save themselves should the need arise; don’t leave them in the truck. Firefighter compliancy can kill

A key training element for RIT firefighters is self-rescue. Firefighter survival is all about being able to recognize your need for help and then get out of danger by doing something unorthodox in terms of operational practices, thereby saving your life.

In order to properly examine the topic of survival, firefighters must first understand why there is a need to know self-rescue. As tough as it is to hear, complacency is often the reason firefighters are forced to use self-rescue skills. Complacency kills.

Danger is inherent when a firefighter becomes lazy and begins to cut corners, circumventing certain operational steps to complete a task. Complacency can be the result of the repetitive nature of a firefighter’s job. Doing the same task all the time becomes monotonous. Responding to the same address for the same type of call all the time can wear down a firefighter’s resolve to fight laziness.

Firefighters who always donned their personal protective equipment (PPE) including SCBAs when responding to alarm bells ringing, an automatic fire-alarm activation or for a report of a smoke alarm going off in someone’s home, begin to don just parts of their PPE or leave the SCBAs in the truck when going in to investigate – this is complacency.

Firefighters are also complacent when they do not wear their PPE properly – SCBA waist straps hanging down or helmet chin straps undone and instead wrapped around the back brims of helmets – or their flash hoods when conducting overhaul or fighting car fires.

Carrying hand tools such as a Haligan and flat-head axe will help firefighters to survive and save themselves should the need arise; don’t leave them in the truck.

So how does complacency kill? How do short cuts lead to a firefighter’s death? Unsafe decisions don’t happen all at once – rather they are made over a period of time. Each time a firefighter chooses the easy, unsafe way, think of it as a single domino lining up. The tones go off for an automatic alarm and a firefighter responds wearing only his structural pants and jacket. He leaves the SCBA in the truck and goes in to investigate, because he has been to that address numerous times and did the same thing; nothing happens and he returns to the station. Later on in his shift or on a different shift, he goes back again, and again nothing happens. The firefighter continues to leave his SCBA in the truck; each response is like a little domino lining up.

One day one domino is going to tip over and begin to collapse the other ones. It is on this day that the firefighter responds to the same address for the same call and there is smoke and fire – this is a real call and he is caught off guard. This is how complacency kills.

The same thing can be said about bringing the proper equipment on certain types of calls – hand tools, for example. How often do firefighters respond to a structural fire call or for an automatic alarm and fail to bring with them a set of hand tools? Instead the firefighters leave the tools in the truck and go back to retrieve them only when necessary. But what happens when firefighters are caught off guard and their lives depend on having that flat-head axe, or Haligan or a roof hook or a thermal imaging camera?

Repeating the same incidents and following a certain regimen for particular calls can become tiresome. It is not fun to carry a set of hand tools at 2 a.m. while walking through an empty church because the alarm was activated – but having the tools with you is going to help you to survive and save yourself in an emergency.

It is during everyday responses that firefighters can develop good habits. Good habits are the first step to firefighter survival: repetition shapes muscle memory so that certain safe practices become the normal, accepted way of doing things.

Firefighters should begin to remove or reduce the number of dominos that can line up and eventually put them in a situation in which their lives are in danger. Eliminate the dominos by developing good habits and avoiding the complacency factor.

Mark van der Feyst has been in the fire service since 1999 and is a full-time firefighter in Ontario. He teaches in Canada, the United States and India and is the lead author of Residential Fire Rescue. Mark@FireStarTraining.com
Print this page