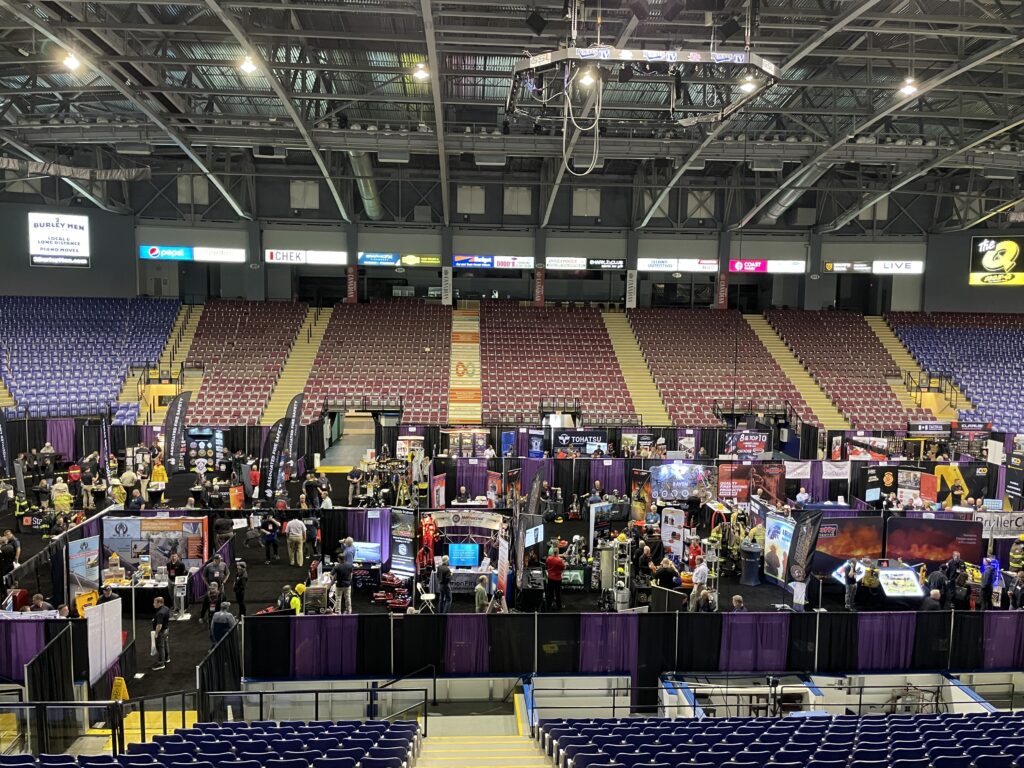 The FCABC show welcomed back its attendees and exhibitors to the Save-On-Foods Memorial Centre is Victoria.

Mild sea-soaked air alongside splashes of rain here and there proved the perfect oceanside compliments to the trade show circuit’s return to live and in-person on the west coast. The Fire Chiefs’ Association of British Columbia (FCABC) held its annual conference and trade show from June 5-9 in Victoria, the picturesque island city known internationally as the City of Gardens for its billions of blooms (yes, you read that right – 3.4 billion at Tourism Victoria’s 2018 count).

“The theme of this year’s conference — “We’re BACK” — certainly captured the sentiments of attendees, who were pleased to be able to attend our first in-person conference since 2019. The opportunity to network and attend sessions was certainly well received! One of the prominent conversations was around mental health and how we support our members and each other as leaders and chief officers. The FCABC has a mental health task force focused on developing support and resources specific to our members.”

The BC Fire Expo, running June 5-6, drew 270 trade reps from over 100 companies occupying 167 booths at the Save-On-Foods Memorial Centre, with plenty of apparatus outside. There were 260 chief officers registered. Sunday and Monday saw over 200 walk-ins with 70 First Nations’ Emergency Services Society members attending the expo.

The event transitioned to its education summit on June 7, which hosted 24 speakers over 27 sessions along with the various AGM meetings. On the most emotionally engaging speakers, Derby noted, was keynote Joe Roberts, the ‘Skid Row CEO’. Roberts is a particularly adept speaker on resiliency and change when he shares his story of rising up from his former life as a homeless drug addict.

The 2023 BC Expo and FCABC Education Summit will be held in Penticton from June 4-8.