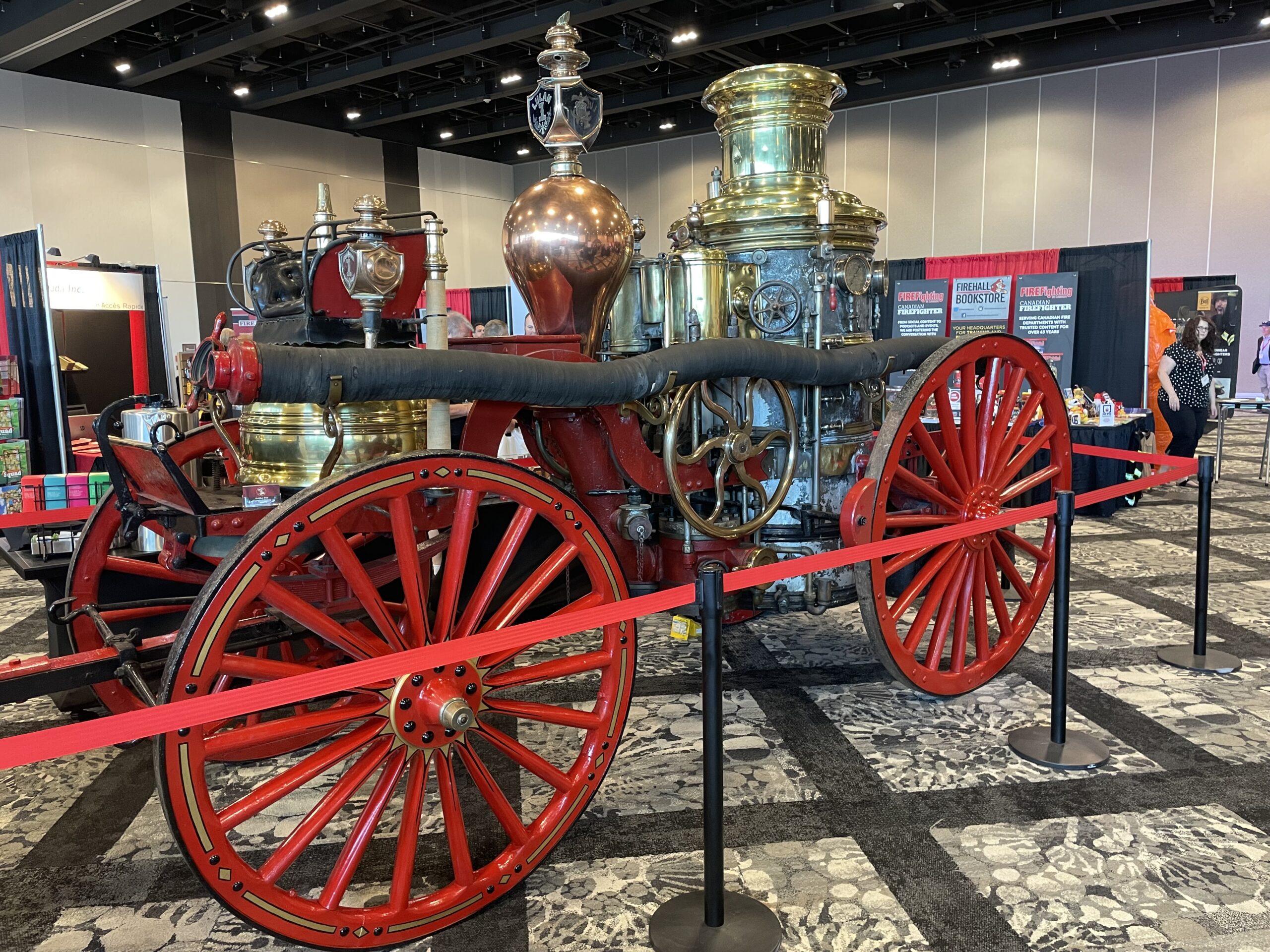 If you like fantastic food, live music, salty sea air and a chance to hang with your fire family on the east coast, then Halifax was the place to be July 7-9. In a bustling hub located a mere sloping sweep of a walk to the oceanfront, The Maritime Fire Chiefs Association (MFCA) hosted its Atlantic Fire Leadership Conference at the Halifax Convention Centre. The event’s return to Halifax marked a shift in location from Moncton in 2017 through 2019, with Halifax having hosted last in 2002. This year marked the 106th anniversary of the annual east-coast event.

“The MFCA executive is very appreciative of the efforts of all who planned, executed and attended the 106th conference. In this time of uncertainty around conferences, we were very pleased to enjoy a successful conference in Halifax this year after months of deliberation as to if we would have to cancel yet another year. Planning has already started for the 2023 conference building on the success this year.”

The conference kicked off on July 7 at 7:00 pm with opening ceremonies and a memorial service. The trade show opened its doors from 8:00 pm to 10:00 pm with a ‘wine and cheese’, which was a bit of an understatement considering the “wall of spoons” artfully showcasing fancy eats, and some of that famous east coast seafood on offer. The 77 booths and their reps were ready to mix and mingle. The trade show re-opened at 9:30 am the next morning with conference sessions running concurrently.

First up to speak was a familiar face for many, Laura King, the NFPA regional director for Canada and former editor of Fire Fighting in Canada, with an NFPA update. Of note, 2022 marks the 100th anniversary of Fire Prevention Week with this year’s message being “Fire Won’t Wait. Plan Your Escape”. (For more on this year’s Fire Prevention Week, see King’s NFPA Impact column in our August edition).

King shared new NFPA guidance on messaging around “stop, drop and roll” intended to teach people what to do if their clothes are on fire. Research was indicating mixed messaging around when this concept of stop, drop and roll and get out and stay out applied. In the 1970s, clothing ignitions contributed to a lot of deaths, but since this is no longer the case, the recommendation is that this principle only be taught to those old enough to capture the difference, namely children six years and up.

She also shared that the safety program for older adults called “Remembering When” has been renamed “Steps to Safety”, now includes information about medication and the updates are scheduled to be released this autumn. (You can read more about this program in our September 2021 edition).

The second session of Day 1 featured Toledo, Ohio battalion chief Robert Krause and his presentation “What is Killing Firefighters? A study of firefighter fatalities and strategies to reduce their frequency.” Other sessions included one on diesel smoke removal in fire halls by Andrew Dudka from Atlantic Air Cleaning Specialists, and Shelley Langille, founder and president of SeeShell Consulting (SSC) and the International Coach Coalition (ICC), brought her “coach approach” on communication, leadership and inspiring others to excel.

The trade show ended on July 8, the same day Roger’s Canada-wide outage issues pulled many phones and services off the grid. Much was restored for the morning of July 9 when sessions and open MFCA meetings resumed. Krause was back in the line-up presenting on leadership and critical decision-making under stress as well as fire ground strategies and tactics.

Team Red, a self-dubbed moniker established by a veteran group in the fire service at a CAFC conference years ago, shared how they leaned on each other from coast to coast during the pandemic in their “Value of Networking in this Crazy World” session. This group included Deputy Chief Gilbert MacIntyre with Cape Breton, Fire Chief John Thomas with Elliot Lake, King, Fire Chief Richard Arnel with the Town of Essex, Langille, Fire Chief Tom DeSorcy from Hope, and Chief MacKenzie from Grand Falls-Windsor. Team Red met weekly via Zoom for almost two years to help each other navigate the new normal brought on by the pandemic.

Stay tuned for updates from the MFCA on dates and location for next year’s show.