How many lives could be saved if emergency responders knew when a cluster of opioid overdoses would occur in advance? 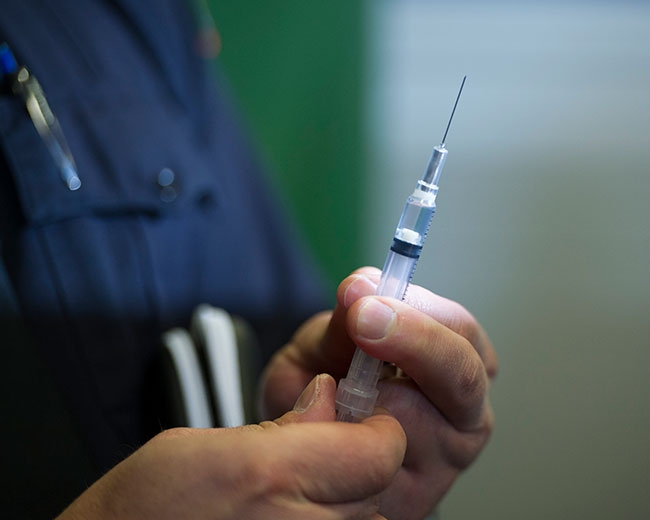 With opioid overdoses on the rise, the City of Surrey in British Columbia has turned to technology to warn fire, police, and emergency health responders when a bad batch of drugs may have hit the streets.

Through a partnership with Qlik business intelligence software developer GINQO, the city has developed software that mines data from dispatch calls in real-time for signs of overdose clusters. The software immediately issues an alert when data corresponds with pre-set rules – for example, if there are more than three overdoses within a square kilometre in a four-hour period.

■ What prompted the initiative?
The initiative was triggered by a series of 17 overdoses over a 72-hour period in December 2016. At the time, Surrey Fire Services (SFS) was working with Qlik on an unrelated project when it occurred to fire-service staff that the company’s software may enable a data-driven response to the opioid crisis.

It was the logical next step for SFS, which serves a city of over 500,000 people and – like fire departments across the country – has been responding to ever-rising numbers of medical emergency calls and overdoses since 2014. The department responded to 24,976 medical calls in 2016, 2,623 of which were overdoses. This was a 63 per cent increase in overdoses compared to 2015, when SFS responded to 1,606 overdoses and a total of 22,363 medical calls.

While positive, the problem remained that naloxone injections are a reactive intervention, and the overdose rate continues to rise. By December 2016, Surrey was seeing more than eight overdoses per day – that is double the numbers of January 2015. The increase mirrors the situation across the province. British Columbia had 488 overdose deaths in the first four months of 2017 alone.

In early 2017, SFS began working with GINQO to create Qlik software that would provide real-time reporting of overdose clusters. The aim was to use the information to assign and deploy resources more effectively, potentially preventing further overdoses in emerging problem areas, instead of responding reactively to overdose calls.

■ The software
Completed in the spring, the software is programmed to constantly scan dispatch call data and sends out email alerts of overdose clusters, including a map, to subscribers based on customizable business rules. The alerts emails are sent when:

By August, Surrey had completed a privacy impact assessment, signed an agreement to share information with Fraser Health, and was in discussions about an agreement with Surrey RCMP.

From both a public health and enforcement standpoint the data generated by the software could have a significant impact on overdose prevention. Once alerted to a cluster of overdoses, first responders and health agencies can direct additional staff and resources to hotspots, while police services can target the areas with increased patrols and enforcement. This will not only enable a more effective response, but may help diminish the supply.

Predictable patterns, such as timing and location, were already starting to emerge within the first months of the software’s use. Over time, the enhanced data will enable Surrey responders to target resources with greater precision.

Our data indicates that overdoses start when people first wake up, building in frequency throughout the day until midnight. Spikes in overdose rates also coincide with certain days of the week, such as paydays and government cheque days.

It’s a similar approach to how SFS already uses long-term fire statistics to strategically deploy staff and equipment. The risk-based model ensures resources are applied in the most efficient and effective way possible.

Those interested in learning more about the initiative may contact Surrey Fire Chief Len Garis at lwgaris@surrey.ca

Related
How has the fire service changed in the past 60 years?
Leading Edge: Program strengthens relationships between chiefs and CAO
Stopbad: Great firefighters are constantly improving
Kids and Arson: How a Canadian city stopped fire-setting youth, part 2