Feb. 7, 2018, Surrey, B.C. - Emergency service officials across the country and the United States are looking to Surrey, B.C., for innovative ways to respond to the opioid crisis.

Last spring, the fire department in Surrey teamed up with Vancouver-based software developer GINQO to create a program that tracks overdoses in real-time.

Using the program, the department is able to mine data from overdose calls, while looking for patterns or clusters.

The project was created shortly after Surrey firefighters responded to 17 overdoses over a 72-hour period in December 2016.

Throughout 2017, Surrey firefighters responded to an average of 7.5 overdose calls a day.

“With the strain the opioid crisis has put on our first responders, this business tool is helping us and our partners to be in the right place at the right time,” Chief Garis said.

As the opioid crisis continues on, government and public health agencies from across Canada and the United States are looking to Surrey’s overdose-tracking program for a solution.

Shortly after the program was introduced, the city began receiving information and presentations requests.

By August 2017, Surrey had signed an agreement to share information with healthcare service provider Fraser Health. The City was also in discussions about an agreement with Surrey RCMP.

In early December, the City of Surrey announced another data-based initiative, this time partnering with Statistics Canada to collect data that will help to strengthen the city’s response efforts.

“With the data that will be collected by this multiagency project we will be able to create more precise interventions to help a population that has been widely impacted by the opioid scourge but little is known about,” Surrey Mayor Linda Hepner said.

Both data-based intervention projects are posed to help Surrey, and other agencies looking to the city, to address the opioid crisis more proactively and with more accurate information. 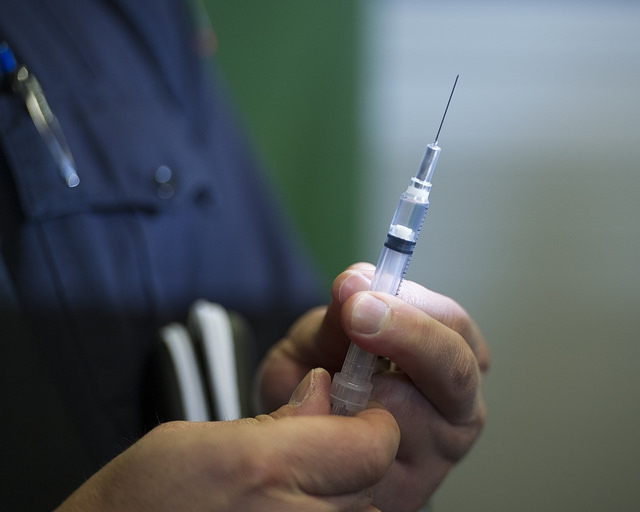 An overdose-tracking program created by Surrey Fire Services and GINQO is garnering national and international attention from emergency service professionals and government agencies.
Print this page