Can we do more to prevent firefighter cancer? 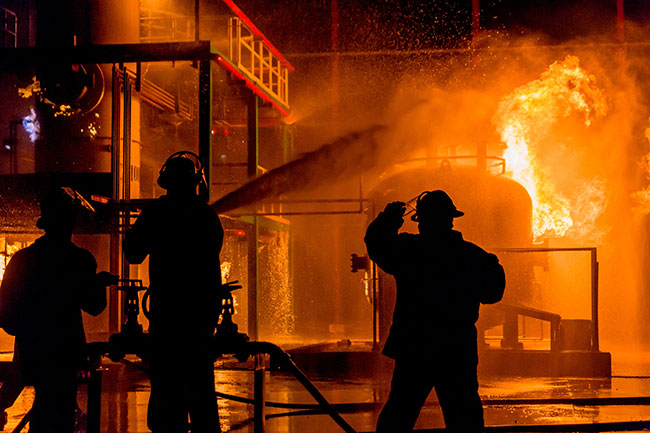 Evidence suggests fire services leaders should consider policy changes that would lessen firefighter exposure, for example by limiting the number of events they attend and the time they spend in toxic environments, to lessen cancer risk. PHOTO: zoneteen/Adobe Stock

A new cross-Canada study that shows firefighter cancer risk is still on the rise is calling into question the measures being taken to protect crews.

With the growing awareness that cancer is the leading killer of firefighters, fire departments across the country have been making greater efforts in recent years to decontaminate their members from the smoke, soot and tar that they inhale, swallow and absorb on the fireground.

However, is this enough? A study of firefighter insurance claims from across the country released in summer 2020 showed nearly nine out of 10 death claims in 2018 were due to cancer – up five per cent from 2015. This represents 738 Canadian firefighters’ lives lost to this disease from 2009 to 2018, or about 74 per year.

Published through the University of the Fraser Valley in British Columbia, Canadian Firefighter Fatality and Injury: Trend Analysis of AWCBC Fatality and Injury Claims 2006-2018 reported on 10 years of claims from the Association of Workers’ Compensation Boards of Canada – the latest in an annual series of AWCBC claims analysis – along with other relevant studies and literature. The authors bring a variety of on-the-job and academic expertise to the subject: City of Surrey, Surrey Fire Chief Larry Thomas, Surrey Fire Services strategic planning analyst Chris Biantoro, and Statistics Canada senior advisor and retired Surrey Fire Chief Len Garis.

“Each additional year of data paints a clearer picture of the risks facing Canadian firefighters,” noted Saverio Lattanzio, president of the Surrey Firefighters Association. “It’s alarming to see the numbers for cancer are still rising. This shows that what we are doing now to protect firefighters is not having the desired impact.”

Insurance claims show the trend
The new analysis compared claims from 2006-2015, 2008-2017 and 2009-2018 and showed, in essence, that cancer is responsible for a growing number of deaths while some of the other traditional killers of firefighters – such as traumatic injury and heart disease – are gradually declining. Mental health issues are also becoming more prominent, year over year.

Some of the key takeaways:

Reversing the cancer trajectory
As noted in WorkSafe Magazine – a publication of WorkSafe BC – best practices for decontamination procedures include:

These practices need to continue. However, they take a reactive rather than a proactive approach, and the continuing rise in cancer-related firefighter deaths indicates there is room for improvement.

The answer may lie with deployment strategies, based on the growing body of evidence pointing to exposure time as a significant risk factor.

For example, Robert Daniels et al. established a direct relationship between time spent on the fireground and lung cancer, and between fires attended and leukemia deaths, in their study of almost 20,000 career firefighters titled “Exposure-response Relationships for Select Cancer and Non-cancer Health Outcomes in a Cohort of US Firefighters from San Francisco, Chicago and Philadelphia (1950 to 2009),” published  in 2015 in the journal Occupational and Environmental Medicine.

Similar results were found by a study of Ottawa firefighters from 2015 to 2016 by a team of University of Ottawa researchers working with Health Canada, the University of Toronto and the Institut national de santé publique du Québec. Tests of urine and skin wipe samples found firefighters had three to five times more polycyclic aromatic hydrocarbons – which cause cancer and DNA mutations – in their urine after fires than beforehand.

With this information at hand, it is incumbent upon fire services leaders to consider policy changes that would lessen firefighter exposure, for example by limiting the number of events they attend and the time they spend in toxic environments.

Larry Thomas is the Fire Chief for the City of Surrey, B.C., a Chartered Manager, C.Mgr., ECFO, PuMP certified. He has 31 years’ experience and is the administration chief for the fire service Contact him at LSthomas@surrey.ca

Chris Biantoro, PhD, is the strategic planning analyst for the City of Surrey Fire Service, B.C.  He has a background of operations research with extensive working experience in advanced analytics, data science, and statistical modeling. Contact him at Chris.Biantoro@surrey.ca

Len Garis, Senior Advisor for the Centre for Social Data Insights and Innovation Statistics Canada, (ret) Fire Chief for the City of Surrey, British Columbia, an Adjunct Professor in the School of Criminology and Criminal Justice & Associate to the Centre for Social Research at the University of the Fraser Valley (UFV), a member of the Affiliated Research Faculty at John Jay College of Criminal Justice in New York, and Associate Scientist Emeritus, BC Injury Research and Prevention. Contact him at len.garis@ufv.ca.