Oct. 7, 2015, Simcoe, Ont. – Fire-prevention and public-education officer Jennifer Cooper knew from the start that creating a Fire Prevention Week video that appeals to teens would be difficult.

Teens, glued to their phones, are constantly bombarded by information on social media, Cooper said.

"The challenge for us was to get a fire-safety message out there, but make it dramatic enough, without being too graphic, so that it's going to catch their attention," she said.

To generate ideas, Cooper, who works for Whitchurch-Stouffville Fire & Emergency Services in Ontario, went to the source.

The department organized a roundtable of about 10 teenagers in June to discuss public service announcements that appeal to them on social media. The teens were unanimously in favour of a video similar to a texting and driving PSA out of the United Kingdom that graphically shows teenagers in a brutal head-on collision.

Next the roundtable brainstormed behaviours that lead to dangerous actions. A storyline soon developed centred around a house party with drinking and smoking.

After months of planning and shooting, the department unveiled the resulting FPW video, In An Instant, with fanfare at a community gathering yesterday evening. The audience was encouraged to share the video on their social networks using the hashtag #InAnInstant

Several municipal organizations and business backed the project, including EMS, air cadets, a retirement residence, and a local grocery store.

"The whole PSA was done without spending $1," Cooper said. "It was fantastic."

The video, which stars local youth and members of the Whitchurch-Stouffville department, has no logos or sponsors, she said, to encourage other municipalities to share the video. 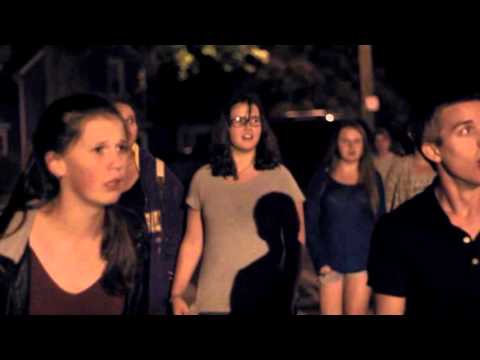