Picking up where we left off in the March issue of Fire Fighting in Canada (go to www.firefightingincanada.com and click on past issues), each transmission has a governor.

Picking up where we left off in the March issue of Fire Fighting in Canada (go to www.firefightingincanada.com and click on past issues), each transmission has a governor.

Different governors will have very different shift profiles and must be matched to the valve bodies.

The modulator valve in the transmission is also another input source.
Its position is determined from the throttle pedal in cab.

These two pressures are used to decide when the transmission up shifts or down shifts.

A two- or three-digit number is inked on the head of each governor.
(See photo 2.) This number must match the information in the parts
book. If a shifting complaint is received, it might be because an
incorrect governor has been installed or because the governor is
defective. Either of these problems will cause the transmission to
shift too early (no power) or too late (very harsh shifts).

The governor is the closest thing this non-computerized transmission has to a brain. Like any mechanical parts, over time, the governor can wear out, causing erratic shifts You may wish to keep one of these units in stock if you have several with the same number.

This pressure is used to indicate to the shift valves in the valve body when to shift (either up or down).

If this gear were to break at a high road speed it would cause very, very rapid downshifts. After the truck was stopped, you would find that you had only first speed forward or reverse speed and you could never up shift to second gear. Inspect this gear for wear.

The governor valve receives its oil from the main pressure oil gallery. Before the oil can get to the governor valve, it flows through a governor filter. If this filter were to plug up, then the governor could not get the correct oil pressure. This filter is often neglected during service work. There are two different types: a conical type or a barrel type. (See photos 3 and 4.)

The torque converter ratio
(See photo 5.) The proper torque converter ratio is selected after the information on the engine horsepower and torque, the rear axle ratio, the size of the tires, weight of the vehicle, terrain the truck will work in, and the number of transmission gears (four or five speed).

These numbers can be as low as 3.04:1 or as high as 1.82:1. What do these numbers mean? Like any transmission ratio, the number is given as something to one (i.e. 3.04:1). This means that the engine will turn 3.04 times for one turn of the torque converter output shaft. This reduction in speed means an increase in torque. In this case, say the engine could develop 400 foot pounds of torque (1779 N), then the maximum the torque converter could output to the transmission would be 400 foot pounds times 3.04, or 1,216 foot pounds of force (5409 N).

This would only happen if the engine were at full throttle and the truck was just starting to move, such as during a quick acceleration out of the fire hall.

This heat is very destructive to the oil and therefore also to the transmission if allowed to continue for long.

Your truck should have a transmission oil temperature gauge. If it did not come with one, get one at the assembly plant and have it professionally installed.

With an MT 653 deep-reduction model, using the same torque converter, it would be possible to produce a very low ratio in first speed of 24.42 to one.

Each torque converter is matched to the truck and any changes to the tire size, rear axle ratio or engine may require a change in torque converter ratios and valve body adjustment, for which you must see your authorized Allison dealer for support.

Warning: Make sure that when you rebuild or replace a transmission you use a torque converter of the same ratio. There are very few identifying marks on the outside of a torque converter and it is very easy to mistake the ratios.

Engine RPM
The engine rpm is very important for several reasons. When a driver accelerates out of the fire hall, the transmission is designed to up shift to the next highest speed, about 250 to 100 rpm below full governor engine rpm (also called no-load governed or high-idle speed by some manufactures), depending on the model.

For example, if the engine were intended to run at a maximum of 2,100 rpm, then at a full throttle up shift on this model, the up shift should happen at 1,750 rpm.  (Note that information on throttle up shift is in the service manual; get a copy.)

If the engine could never reach 1,800 rpm, then the transmission would never shift to a higher speed when the throttle pedal was fully depressed.

I have seen this done by well-meaning souls who honestly thought they were going to make the engine last longer if it did not go as fast.

Modulated lockup
When the transmission is in either second or third speed (depending on the model – again this information is in the service manual) of a four-speed transmission, the torque will lock up and, in effect, go into a one-to-one condition as you travel down the road.
This means that the engine torque and speed will not be changed by the torque converter; this is done to improve engine fuel economy.

But it also has another effect, that of ‘engine braking’ as you come to a stop. With the foot off of the throttle, the truck’s engine will act as a brake to help stop the truck. A good driver can use this to increase the life of the service brakes.

Now you can see how important these SAM (serial, model and assembly) numbers are. It is almost impossible to do any maintenance, repair or diagnostic work if you do not have this information.

As we have seen, the transmission oil can get very hot. This high heat is destructive to the oil. The normal oil operating temperature is between 160 and 200 F (71 to 93 C). The temperature should never exceed 300 F (149 C).  Transmission oil cooler is used to remove this destructive heat from the oil. This cooler used coolant from the radiator to remove this heat. (See photo 6.)

After a transmission is rebuilt, it is not common for the oil-cooler lines to get re-connected incorrectly, but it can happen. This will not cause an overheating problem right away but on the first hot day, on a trip with hard accelerations, the transmission oil will begin to overheat.

If this heat is not removed from the oil, the oil will very quickly deteriorate. This oil will have a black or dark colour instead of the normal red colour of Dexron. The oil may also have a burned smell. This overheated oil will develop a sticky varnish coating on the valves in the transmission. This varnish will cause erratic and unpredictable shifts both up and down. If this condition is allowed to continue, then the clutch packs may not get the correct pressure to ensure that they are fully engaged; this will cause the clutch packs to burn as they will slip under engine power. This will release more contamination into the oil and further deteriorate the oil.

If there is one thing I have found that will extend the life of this transmission, it is the maintenance of the transmission oil. At Lakeland College here in Vermilion, Alta., we have 15 trucks with various models of the Allison transmission. Students drive these trucks very hard all spring, summer and fall. These transmissions get their oil and filters changed once a year and they have not had any lubrication or filtration-related problems.

An excellent source of additional information is, of course, the Allison website www.allisontransmission.com There are numerous free PDFs on all Allison transmissions. The operator tips files are prefixed by the letters OM and the mechanics tips are prefixed MT. In my opinion, you should only use genuine Allison parts and filters when servicing your transmissions. 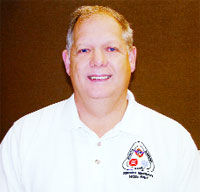