Measures need to be taken to ensure better safety in seniors’ homes. Here’s why. 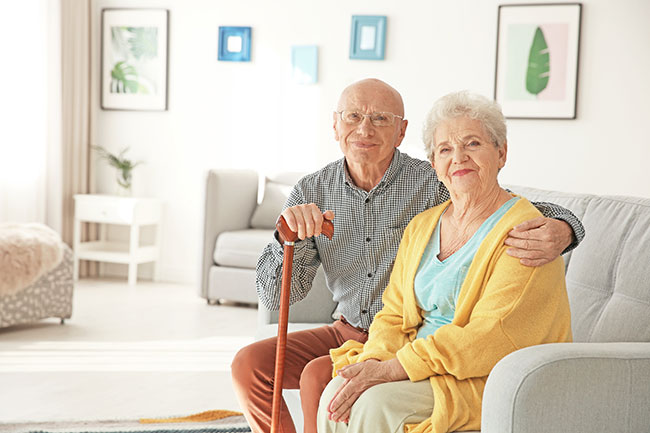 Canadian seniors are significantly more likely to perish in a fire than younger people. A University of Fraser Valley study looked at the data and how to mitigate the risk. Photo: AdobeStock

The study drew from data collected over 10 years (2005 to 2014) from the National Fire Information Database (NFID). There was a lack of data respecting seniors’ fire casualties from the Office of the Fire Marshals and Fire Commissioners annual publications. Using the NFID, the authors were able to track 436,256 fire incidents over the 10 years.

The research prepared in the UFV study explored risks of fatalities and injuries as a functions operation of life safety systems, the ages where they are most likely to occur and the causes. It also examines a forecasted growth in fatalities among seniors and recommended ways of mitigating that casualty rate.

Over the 10 years of the study, there has been a reduction in fatalities across all age groups. However, starting in 2009, the casualty rates of the senior population rose above its younger counterparts. This may be a matter of global demographics.

“Fire fatalities among seniors are expected to increase as the baby-boom population enters its senior years,” the study states. “Currently, there are approximately 50 fire-related deaths per year occurring in our senior population.”

This is almost one-third the amount of fire-related deaths in Canada, despite seniors being only about 14 per cent of the population.

“Without a focused effort to ensure senior residents have the appropriate operational safety equipment, the annual fire-related death rate of seniors is expected to climb to between 90 and 140 fatalities in the next 25 years,” the study says.

A vast majority of those fatalities and injuries occurred in structure fires, the bulk of which were in residential buildings.

Of the provinces examined in a regional tally between 2012 and 2016, British Columbia had the highest percentage of senior fatalities (43 per cent), as opposed to Quebec and Ontario, which both reported 40 per cent of the deaths were seniors.

“The provincial and territorial annual reports demonstrate that the fatalities for the population 65 or above is overrepresented among deaths,” the study reported.

The greatest causes for death for seniors during a fire was entering or remaining in the building for fire fighting and being injured during an attempt to escape the fire. A somewhat distant third-rate cause for fatality was a loss of judgment or panic. Much lesser causes were entering to save property, or for rescue purposes, heart attack or delayed warning.

In nine times out of 10, the fatalities occurred when there was no physical or mental impairment, or while they were bedridden or asleep. The causes were similar both in cases where there was a working smoke alarm or not.

In the homes with smoke alarms, survival rates increased for people of all age groups. This finding is consistent with determinations made in previous studies.

The concern of senior fatalities in fires grows as their population does. In 2013, Canada had 5.4 million seniors, triple that of 50 years prior.

In 2063, it’s expected that the population of seniors will at least double again, to between 11.1 million and 15.1 million.

Using an average weighted fatality rate as a baseline, analysis shows that fire fatalities among seniors will reach between 130 and 146 by the year 2040.

“In 2063, the fire fatalities could reach over 2.5 times the fatalities of 2014, ranging from 142 and 194 fatalities per year… ,” the study said. As has been discovered in previous analysis, an effective way of reducing fatalities in all age groups is to ensure homes have functioning smoke alarms.

“The previous analysis showed that seniors living at homes with smoke alarms have a 55 per cent less likelihood of dying at the event of a residential structure fire,” the study stated. Operating on the assumption that all seniors would be living in homes with functioning smoke alarms, the research shows fatality rates would be significantly impacted.

The study offers a conservative projection at the overall deaths of seniors in residential structure fires in the years to come. Given the vast overrepresentation of seniors dying in fires, further examination is necessary, particularly given the high percentages (40 per cent) of fatalities recorded in the “unknown” age group category.

“Without any further interventions in reducing the fatality rates among seniors, we can expect approximately 90 fire fatalities among seniors annually in the next 25 years. The projections made here highlight the importance of life saving mechanisms for this vulnerable populations as other studies have articulated.”

The study showed the impact of increasing awareness of the presence and ongoing smoke alarm maintenance after the education program.

The study recommended emphasizing the importance of life-saving mechanisms and prevention strategies for seniors, but also providing awareness to policy makers to improve access to those services for this vulnerable population.

Len Garis: was the Fire Chief (ret) for the City of Surrey, British Columbia, Associate Scientist Emeritus, BC Injury research and Prevention Unit , an Adjunct Professor in the School of Criminology and Criminal Justice & Associate to the Centre for Social Research at the University of the Fraser Valley (UFV), a member of the Affiliated Research Faculty at John Jay College of Criminal Justice in New York, and a faculty member of the Institute of Canadian Urban Research Studies at Simon Fraser University. Contact him at len.garis@ufv.ca.

Kevin Diakiw: is a journalist and founder of Still Here Mindfulness, resiliency training for first responders and other high-risk professions. He is also certified in trauma response from the Justice Institute of British Columbia and a Qualified MBSR Teacher through University of Massachusetts Medical School.

Related
Where there’s Smoke…
Use data to drive decision-making
Grow-op Guidelines
Well Being: Deep breathing 101: how to manage stress