How thermal imagers can help wildland firefighters be safer and effective 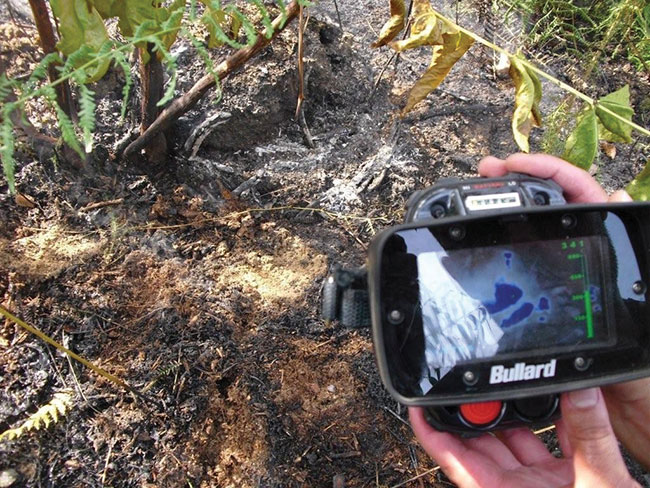 Using an imager during mop up operations.

By now, many fire departments are conducting wildland training while government forestry agencies are gearing up for what many anticipate as being another bad year. Scientific news points to global warming as having a lot to do with climate change since some regions may experience flooding while others may suffer with drought conditions.

Over the years, wildland firefighters have battled fire from the air and on the ground, relying on their training and many years of experience. They have fought these fires often in poor visibility and with limited knowledge about burning conditions. With the use of small handheld thermal imagers (TIs), wildland firefighters can greatly enhance their knowledge of working conditions safely on the ground. Aircraft, be it fixed wing or rotary wing type, also have the same capabilities using forward looking infrared, which are mounted to the aircraft and allow them to gather intelligence by conducting reconnaissance flights that gather vital information from the air.

Used properly, handheld TIs can help crews more effectively monitor the flank and head of the fire, place personnel in key areas to create control lines, enhance safety during fire fighting and improve the control or prescribed burns. Firefighters can also use TIs to enhance their safety when navigating through smoke up and down hose lines and around vehicle ground guide movement.

Thermal imaging applications in wildfire
Firefighters can use TIs in several ways for wildland fires: 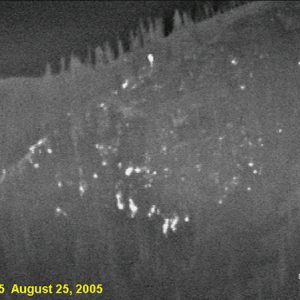 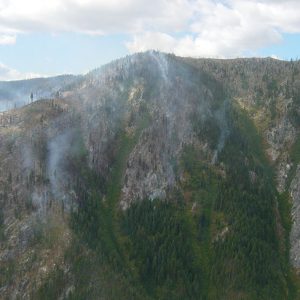 Don’t forget the basics
Thermal imaging technology is not a replacement for basic tactics or techniques. When using a TI during mop up, you may experience times when it cannot detect a hidden heat source, such as when the heat exists deep within a tree trunk. You may find some images on the TIs screen inconclusive or wild goose chasing as heated up rocks and large boulders will all show up as white. In these cases, use traditional tactics along with the information provided by the TI to identify the fire’s location and rate or spread. If you’re unsure, always error on the side of caution.

As with any other application of technology, planning and practice are the keys to effective TI usage. Firefighters must not only understand what they see on the TI, but they must also learn how to use this information seamlessly with the topographical and locational information they already employ on the job.

Training tip: Find a planter pot or likewise container and fill with peat moss and use a heat source like BBQ briquettes as this makes for a good training prop to look for hotspots.

Handheld TIs work very effective from an aircraft in case you happen to find yourself onboard one during your response but just remember you cannot see through plexiglass so use either an open window or door for viewing.

Thermal imagers can be used to improve operations in a wide variety of wildland fire fighting operations, from the air and on the ground. Although the dangers faced by wildland firefighters are different than those faced by structural firefighters, the thermal imager is a tool that can benefit firefighters in both types of incidents. By first understanding how a TI can be employed during a wildfire response, then practicing with it on a regular basis, you can improve your personal safety as well are your team’s effectiveness.

Until next time stay safe and practice often. •