New findings to consider for your public education efforts 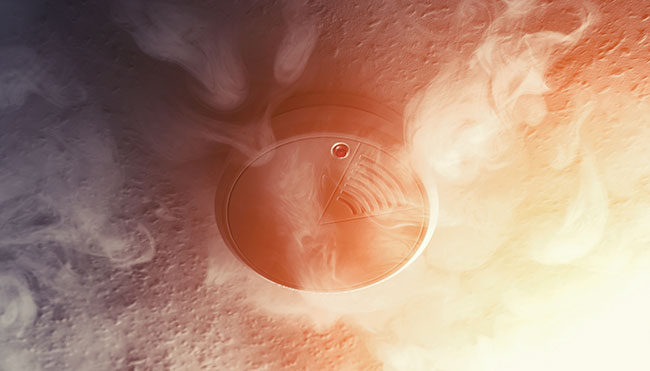 A new British Columbia study reveals the importance of bringing an evidence-based, coordinated and sustained approach to public education about smoke alarms and fire safety—along with personal contact.

While its population has continued to grow, the City of Surrey in Metro Vancouver has experienced a marked community-wide decline in fires and fire casualties since 2008, when it introduced the HomeSafe fire education and smoke alarm testing/installation program that targeted the city’s fire hotspots with various types of outreach over time. The new paper, “Journey of HomeSafe: Community Risk Reduction in Surrey” from the University of Fraser Valley (UFV) studied which forms of outreach were the most and least effective.

The winner of a 2013 Community Health and Safety Program Excellence Award from the International City/Country Management Association, HomeSafe was based on international best practices, including a United Kingdom program that caught Surrey’s interest by reducing fire-related fatalities by 40 per cent over 15 years through interventions such as home visits with firefighters focusing on fire safety information and working smoke alarms.

As it added new outreach initiatives over the years, Surrey’s HomeSafe program ultimately bettered those outcomes, reducing the per-capita fire rate by almost 80 per cent, doubling the presence of working smoke alarms found in homes and cutting the severity of fires by more than half.

As the study authors, we concluded that the most effective HomeSafe outreach initiatives were those that were applied and monitored consistently over time and involved some kind of direct personal contact with the recipients.

“The success of HomeSafe reinforces research showing that a sustained approach is necessary to truly achieve community risk reduction,” said British Columbia fire commissioner Brian Godlonton. “The measures in Surrey are a great example of staying the course.”

■ Targeting the right people and places
At the heart of HomeSafe is data. Escalating residential fire rates in Surrey in the late 2000s—in particular, kitchen fires—had the Surrey Fire Service team searching the world for solutions. Their research revealed the value of fire education programs involving home visits and smoke alarm testing and installation, prompted them to take a closer look at specifically where fires were happening in Surrey and why.

Through a research partnership with the University of Fraser Valley (UFV), Surrey studied 20 years of fire incident data that not only identified the city’s fire hotspots but also a consistent set of population and social data characteristics linked to a higher risk of fires and casualties: homes with occupants ages six and under or over 64, single-parent families, residents who move frequently, low income or unemployed residents and those living in older buildings.

Based on this information, Surrey Fire Service implemented HomeSafe in 2008 with door-to-door visits by on-duty firefighters in areas of the city most prone to residential fires. The firefighters provided residents in these at-risk neighbourhoods with packages of fire prevention information (left at the door if no one was home) and offered to test existing smoke alarms or install a new one for free.

Surrey continued to rely on data as it introduced additional targeted outreach measures over the years, while closely tracking and evaluating the progress of HomeSafe to seek continual improvement. The program has benefited from a web-based business intelligence monitoring tool the city developed to help monitor fire rates, fire spread and the percentage of working smoke alarms in the target areas.

■ Analyzing the impact of HomeSafe initiatives
The UFV study considers the effectiveness of each HomeSafe initiative by analyzing the city’s fire, casualty and smoke alarm statistics both before and after their introduction. For this purpose, the program’s implementation was broken down into four periods, with Period 1 covering the pre-HomeSafe years.

During Period 2 (2008-2010), HomeSafe was introduced with home visits in at-risk areas by on-duty firefighters, who spoke to residents about fire safety and offered to check their alarms or install free ones, and left information at the door if no one was home. Later in Period 2, the program expanded to allow residents to request free smoke alarm installations and/or confidential home fire safety inspections. Additionally, fire crews responding to any incident at a home, such as a medical call, began to verify and install alarms where needed.

In Period 3 (2011-2017), Surrey Crime Prevention volunteers began to distribute fire safety and smoke alarm educational materials to homes that warranted extra attention, while firefighters continued to conduct their home visits. Door hangers were also issued in at-risk areas, with fire safety and smoke alarm information and details for booking alarm tests or free installation. As well, outreach was expanded to include clients of Surrey Food Bank and people waiting in city property tax lineups. Toward the end of Period 3, community volunteers were trained to conduct both telemarketing and the door-to-door visits, including testing and installing alarms.

During Period 4 (2018-2019), the existing programs continued, with the community outreach primarily conducted by trained volunteers.

Analysis of city fire data before and after HomeSafe shows the program has had a positive impact not only in at-risk areas, but throughout the city. In total, the program reached nearly 121,000 people over 12 years, with the number of contacts increasing as each new initiative was introduced.

When considering the success of individual HomeSafe initiatives, the analysis of fire data shows that while cumulative benefits were achieved from the layering of different initiatives, the three most effective methods were the home visits, the HomeSafe inspections and smoke alarm installations based on public request, and the alarm testing/installation when crews responded to other incidents.

In general, these three interventions cut the fire rates at their visited properties by 73 per cent (home visits), 79 per cent (HomeSafe inspections/alarm installations by request), and 74 per cent (testing/installation during crew response). At the same time, they increased the presence of working smoke alarms found at residential fires by 24 per cent, 47 per cent, and six per cent respectively. Moreover, the home visits reduced fire severity by increasing the percentage of fires contained to the object of origin from 75 to 94 per cent of the time, a 24 per cent increase.

In contrast, the less successful individual initiatives proved to be those with the least personal contact, such as when information was left at the door, either in a package or on a door hanger. The study also could not accurately measure the impact of outreach in the city tax lineups and Surrey Food Bank, given the difficulty of collecting property information in those settings.

■ What’s next for HomeSafe
As HomeSafe has evolved, the same population characteristics that Surrey used to identify at-risk neighbourhoods in 2008 continue to be linked to higher risks of fires and casualties in the community. To continue to be successful over the long-term, the HomeSafe program must constantly locate geographic areas where residents fit those demographics. This will ensure the program targets areas where education is needed most.

The program would also benefit from an integrated data repository of up-to-date population demographics, as well as city planning and development information, to allow for nearly real-time monitoring. Other improvements could include the collection of resident data during HomeSafe’s social interactions, such as providing information to people at the food bank or in tax lineups.

Additionally, HomeSafe will need to adapt to new protocols related to the coronavirus pandemic of 2020 and address the challenge of continuing to operate the program effectively while protecting the health and safety of crews, volunteers and residents.

The study “Journey of HomeSafe: Community Risk Reduction in Surrey” can be downloaded for free at cjr.ufv.ca/.