More evidence based research is needed to support and measure this possible positive outcome. 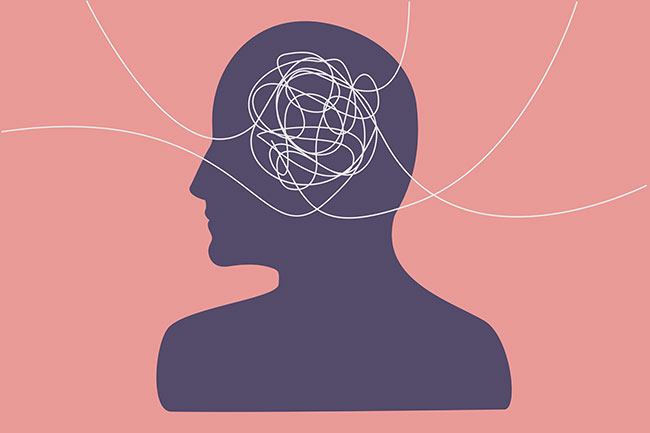 Post Traumatic Growth has been the beacon of positive outcomes since we first started hearing of Post Traumatic Stress Disorder and its nefarious other relatives. It is the upside of the down. The promised right to the wrong of the illness. And, at least for me, was an obvious outcome to the process of healing. It made great common sense. I experience things that require recovery, that process is interrupted, and I develop PTSD. I work hard at healing and learning and growing, and I come out stronger in the end. Growing is the point, after all (Tedschie and Calhoun, 2014; Jayawickreme et al., 2020). And that is the reward from the torture and difficulty of PTSD — to come out stronger than we went in.

Only recently did it even occur to me that what felt so true, obvious, and clearly defined may not actually be so clear, obvious, or true. And, to avoid any misattributions to a personal eureka moment, it was a challenge from someone else that came in the most indirect way that made me start to investigate. I was listening to a podcast about something completely different.

The culprit was Canadian psychologist Paul Bloom in an interview of his book The Sweet Spot. He was discussing the role of pain and pleasure in our psychology in his down-to-earth conversational tone that makes his work super approachable no matter your background (and I highly suggest reading his book). He then slipped in a little truth-bomb — or at least it sounded so — when he explained that Post Traumatic Growth was something that didn’t actually have much research behind it to support its claims. If you have spent any time at all in front of a presenter on mental health, you have heard that this golden, inevitable gem is the reward for enduring. It has been a part of the presentation somewhere…and has been a part of my teaching and presentations too, I confess. After six years of working with first responder mental health, and six years of the belief in this promise, I was forced to do the digging that I tend to do for everything else, but had given Post Traumatic Growth a pass on.

It was certainly not straightforward, clear, or easily defined at all.

First, some history in a nutshell.

Tedschi and Calhoun coined the term stemming out of the field in positive psychology. They were responding somewhat to the responses of clients that describe, in their process of healing, a silver lining within their struggle (2014; Mancini, retrieved Jan 2022). There needed to be some way to understand this experience and so they coined Post Traumatic Growth as the response to that. Since then, the field has grown in many ways, expanding into many corners, nooks and crannies of the psychological field (Jayawickreme et al., 2020; Mangelsdorf, Eid & Luhmann, in press). Importantly, the claim was never that one had “healed” to normal, default standards. We grew stronger. If your leg breaks, it heals to where you can walk again (one hopes). Here though, psychologically, the breaking is catalyst to growth above and beyond where you started.

You can see, if you look at it this way, that it is an appealing outlook with obvious positive spins on an otherwise debilitating experience. As Anthony Mancini, resilience and trauma researcher, identifies, “It’s an immensely appealing idea. Who wouldn’t want it to be true?” Indeed, we all want it to be true. Then he adds, “The only problem is: There’s very little evidence for it.” (Retrieved, 2022).

This was the small crack that quickly developed into a chasm of gaps between measurements and findings. In psychobabble, we would say there is a lot of research on Post Traumatic Growth and the argument is whether the research reflects results that measure what we hope it does. For instance, we could do a study on the number of churches in an area, and we will find that the more churches, the higher the crime rate (Trull, 2005). We’d be mistakenly attributing church numbers as causing crime hikes simply because as one goes up the other goes up too. This is an example of misunderstanding the research, of mistaking correlations as causation. For us, though, the problem is much more fundamental.

Jaywayricreme and Blackie explicitly identify the problem in 2014: The evidence that we use to create and rationalize Post Traumatic Growth as a real and scientifically backed experience is marred by the fact that, “cross-sectional studies utilizing retrospective measures of self-reported growth, which do not allow for tests of meaningful hypothesis on the nature and predictors of growth.” Or, if you’d rather, we have a measurement problem and why isn’t a huge mystery, starting with the problem of gathering information only at one point in time (cross-sectional) and requiring us to self-report on past experiences (subjected to all the inherent biases of memory). Jaywayrickreme and Blackie guide us a bit further on the research on Post Traumatic Growth in noting that “the PTGI (Post Traumatic Growth Inventory) is the most commonly used method to assess post traumatic growth.” Why should we keep this in mind? Tedeschi and Calhoun are also the authors of the measurement tool. This isn’t necessarily a problem in and of itself, but it is easy to see that there is vested interest in this tool measuring the concept that they had created. So, as those two researchers conclude, we really should stop using it.

The three camps of research
The research, as far as I can tell, has created three camps.

These factors matter to us today, though. Many departments are seeking out people to provide trainings and trustworthy advice on how to implement mental health education for our frontline staff. Since 2016 (and perhaps even a bit before), we have been left without too much direct knowledge and clear guidelines. This has, in turn, left gaps that clinicians and practioners are attempting to fill to ensure the wellness of our first responders. Post Traumatic Growth is an answer to a larger problem of research being too focussed on the negative. So, it’s an inherently positive outlook to be sure. But, as non-researchers, clinicians, and well-meaning organizations seeking out support this, it is confusing and difficult to navigate clearly. Assuming, I would hope, most of this work is not done out of malice on the part of the clinician, we may have simply been too quick at adopting the feel-good outcome of experiencing trauma. We, yes me too, fell to what Coyne and Tennen, researchers in positive psychology and the field of Post Traumatic Growth, cited in 2010 about the founder of positive psychology who warned of “the temptation for those of us associated with this new field to run ahead of what we know,” no matter how good of story for hope it might present.

There is a downside to all this, though, and it should be noted. That there is a level of potential shame and guilt, and further damage, done to those who experience trauma and don’t experience anything feeling like “growth”. For some, trauma is an ongoing battle, and we know if we look at suicides in first responders that not all of us are able to experience such growth. The idea that there is a “proper” or “positive” outcome of trauma experience is a positive statement for some. It is not a positive statement for our brothers and sisters that are not able to find it in their path. It’s often hard to see the downside to a positive story, but, now that we have a large degree of evidence that suggests that it is likely not as positive as we think, we should try our best to leave this out of our conversations until something more concrete is uncovered.

But I fear, to some degree, Post Traumatic Growth has tattooed itself into mental wellness discussions. And the fallacy I fell prey to is that the abundance of discussions on it are taken as evidence of its existence. Like most things, though; the amount of people claiming its truth does not count as evidence.

The rub is this: what do we put our attention to and how do we continue to keep our members motivated towards wellness if things like Post Traumatic Growth cannot be relied upon? The example of Post Traumatic Growth being, at best, in its infancy (at worst non-existent) is another reason why your mental health programs shouldn’t be “PTSD Prevention” programs. It’s a misnomer for one (there is no guarantee of prevention) but it also silos and hyper-focuses us on a singular outcome. I hope that if you review my past writings in Fire Fighting in Canada, and this article too, they are enough to convince you to consider mental health programs that are wider sweeping. This way we don’t feel obligated to also only focus on PTSD and the only positive spins we have, like Post Traumatic Growth, to motivate towards wellness. Instead, we support all types of mental wellness and provide adequate support and funding for members to seek that out.

When it comes to trainings, focus on everyday mental wellness, on ways of overcoming challenges in the moment, and not reactive remedies to what sometimes feels like the “inevitable outcome” of PTSD (I’ve actually heard this said by clinicians, unfortunately). These programs neither need be state-of-the-art nor on the forefront of clinician experience. Programs that teach people how to navigate their thinking, feeling, and behavioural reactions to promote choice and options when they feel prey to automatic reactions can do immense amount of good in both restorative and preventative ways.

So, as it started for me with Paul Bloom  and I’ll end here with him. Paul discusses two attitudes when it comes to the field, but we’ll end on just one: “The second attitude is optimism. I believe that the methods of scientific psychology will eventually triumph…We’ve made progress; we’ll make much more.”

Nick Halmasy is a registered psychotherapist who spent a decade in the fire service. He is the founder of After the Call, an organization that provides first responders with mental health information. Contact him at nhalmasy@afterthecall.org.