Wildland urban interface fires can be one of the most dangerous calls we go on, but perhaps not for the reasons you may suspect. 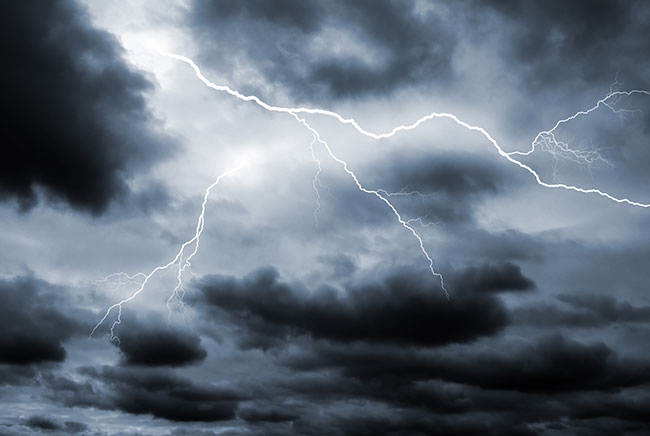 For over a decade, I have studied investigative reports on firefighter fatalities across North America and have discovered a common denominator on tragedy fires. I will be citing three reports: the 2001 Thirtymile Fire in Washington, the 2013 Yarnell Hill Fire in Arizona and the 2006 Empire Fire in Oklahoma.

It will be very difficult to fully describe the events that led to the deaths of these firefighters, and although I have tried to highlight the points pertaining to my discovery, I urge you to search these fire events out on the internet.

■ The Thirtymile Fire
Started by an abandoned campfire, the fire was located in a canyon about 30 miles north of Winthrop, Wash. The 20-person crew arrived at the fire at approximately 9:00 and after a safety briefing, they took action at 11:00. By 15:00, due to extreme fire behaviour, numerous spot fires and torching, pump operations were stopped and everyone including the look-out were called to the safety zone. At about 16:00 they were greeted by a Hot Shot crew who had just gotten off of a two hour rest. A district forest officer arrived shortly after. It is important to know that all personnel on the fire were in the safety zone. They took the time to eat, rest, and sharpen tools.

Thirty minutes later, two of the Hot Shot crew members left the safety zone to scout the road, and two engines drove up the road to look for hot spots.   When they discovered a hot spot over a mile up the road they radioed for help. The crew boss trainee and his squad responded. They asked for additional help and a second squad was sent. As that squad arrived, the crew boss trainee drove past them with an empty van, heading back to the safe zone.  The arriving squad geared up and began to action the hot spot and noticed the engines were leaving. They, however, tied in with the IC and Squad One and worked on the small hot spot. Within two minutes they were told to retreat to the safety zone. Because the other van had returned empty, it meant 14 firefighters had to cram into one van. Within seconds they were met with a wall of flame. Their road to safety was cut off.

This story does not have a happy ending.

Six firefighters, including the four that died, deployed their fire shelters above the road. The cause of death for all four firefighters was asphyxia due to inhalation of superheated products of combustion.

I urge you to watch the downloadable video and read the full investigative report.  You should also be aware that on Jan. 30, 2007, the U.S. Attorney in Spokane, Wash., charged the IC of this fire with four counts of involuntary manslaughter and seven counts of making false statements.

The big question: “Was the sacrifice of four firefighters worth the two-minute attack on a hot spot that got run over by a crown fire anyway?”

Perhaps we need a new mindset: “Don’t just do something, stand there.”  And that is, perhaps, one of the hardest things to teach rookies. The persona of the firefighter hero running in when everyone else is running out is clouding our good judgement. We are risking too much for an image.

■ The Yarnell Hill Fire
The Yarnell Hill Fire was a wildfire near Yarnell, Ariz., that was ignited by lightning. Around 15:50, the wind shifted and the fire started pushing aggressively to the southeast, toward Yarnell. Fire resources shifted to resident evacuation and structure protection in town. Only the Granite Mountain Interagency Hot Shot crew remained out on the ridge, on the southwest perimeter of the fire. Personnel who communicated with the Hot Shots knew the crew was in the black at that time and assumed they would stay there. No one realized that the crew left the black and headed southeast, sometime after 16:04. At 16:30, thunderstorm outflows reached the southern perimeter of the fire. Winds increased substantially; the fire turned south and overran the Hot Shots. The fire overtook them while they were deploying fire shelters. Temperatures exceeded 1093 C.

■ The Empire Fire
The 2006 fires destroyed 53 homes and more than 7,000 acres west of Duncan, Okla. A “Red Flag Warning” (extreme fire behaviour) had been forecasted.

Destry Horton, 32 and a father of two, was a seven-year veteran full-time firefighter with Chickasha Fire Department. On his days off, he doubled as a volunteer firefighter with the nearby rural Acme Volunteer FD.  At 11:00, he and fellow volunteer Larry Crabb were dispatched out. At 14:00 they were released from staging without being assigned and returned to the Acme Fire Station. At 15:00 they are paged out with a Brush Truck to nearby Farwell. Thirty minutes later, after being unassigned and released at Farwell, they returned to the Empire Fire.

Consider: It is Horton’s day off and he volunteered to help. However, since arriving in staging five hours earlier, he had seen no action. He was released from staging twice without being assigned. Now in his department’s Brush Truck, still unassigned, he and his partner are heading back to Empire. (How does this sit with the “Put me in Coach” mentality? It is hard to sit on the bench during an important game.)

Around 16:00, just outside of Duncan they encountered a group of firefighters. They stopped and ask them about the location of the staging area. They are told to “just find some fire and fight it.”

Now normally, “just find some fire and fight it” would send up all kinds of yellow lights, but it has been five hours of sitting around, waiting, expecting, anticipating, desiring to be part of making a difference. This messes with someone’s thinking process. (The initial attack IC was not aware of Horton and Crabb’s arrival).

Anxious to get into action, Horton and Crabb turn off the paved road to access a fire area. They begin a direct attack (right on the fire’s edge) fighting fire from the black.

Crabb, wearing full PPE except gloves, is operating a nozzle out of the rear of the Brush Truck. Horton, driving, has removed his helmet, gloves and jacket. He is wearing his bunker pants, but not his firefighter boots. He has on nylon hiking boots and a t-shirt.

Things go well for almost 30 minutes, but then, surrounded by smoke and heat, Horton drives from the black into unburned fuels. Shifting winds and a sudden increase in heat cause these unburned fuels to ignite.  Horton yells out the window: “We need to get out of here.”  In his attempt to retreat he backs into a ditch—knocking Crabb off into barbed wire fencing. Flames, heat, and smoke overrun the now stuck truck.

Horton tries to help Crabb (entangled in the barbed wire). In seconds, as the fire front burns over them, the flames and heat engulf Horton’s face and upper torso. Crabb sees Horton’s t-shirt melt to the man’s chest and his nylon hiking boots dissolve into his feet.

After the fire front burns over them, Crabb removes himself from the barbed wire. He helps Horton away from the burning truck and then runs for help.

Crabb is transported to a regional hospital where he is treated for the second and third degree burns to his hands, face, and lower back. He is released later that day.

Horton is airlifted to Oklahoma City. The doctors tell Horton’s wife that he will probably not survive the night.

However, Horton seems to defy death. On the fourth day, the doctors remove the mummy-like bandages wrapped around him from head to toe, planning to scrape off the dead skin and tissue. They quickly realize, however, that Horton is burned so badly he has no skin left.

Horton’s face has suffered fifth-degree burns, leaving virtually nothing but bone. Six days into his ordeal, to prevent gangrene from spreading, the surgeons amputate both of Horton’s arms at his elbows. Horton’s family consulted with burn specialists from around the world and all agreed there was nothing else that can be done.  On the evening of March 24 — 24 days after he is overrun by the flames on the Empire Fire — Horton passes away.

Before I close, let me please state how terribly sorry I am for the losses suffered by the families and fellow firefighters of these 24 fallen brothers and sisters. I urge you to train your firefighters to accept there are times of idleness on the fire ground and that it is quite alright to just do nothing. Be aware of the negative effects extended times of waiting on the sidelines can have on firefighters, especially those with that “Got Do Something” DNA.

And last but not least, be it in a safe zone or staging, stay there until you are assigned a task and clearly know the dangers of your assignment.

The LODD of the 24 firefighters you just read about made no significant difference upon the outcome of the fire. There was absolutely no reason for firefighters to be killed, for there was nothing to be saved. Houses can be rebuilt, trees can be replanted.

Please continue training like lives depend on it, because they do.

Ed Brouwer is the chief instructor for Canwest Fire in Osoyoos, B.C., and deputy chief training officer for Greenwood Fire and Rescue. He is also a fire warden with the B.C. Ministry of Forests, a wildland urban interface fire-suppression instructor/evaluator and an ordained disaster-response chaplain. Contact Ed at aka-opa@hotmail.com.